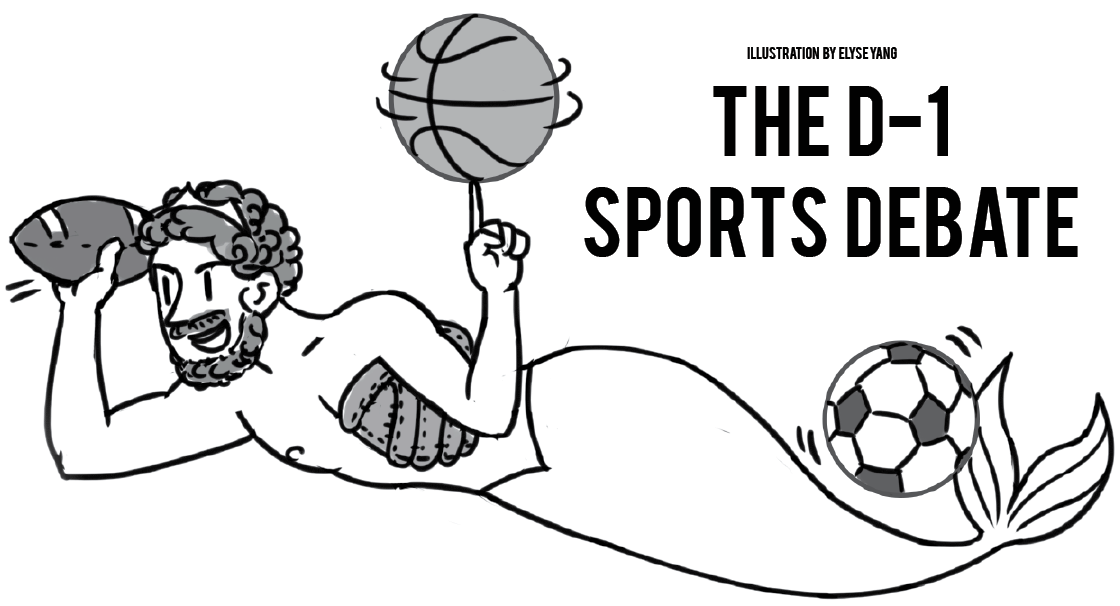 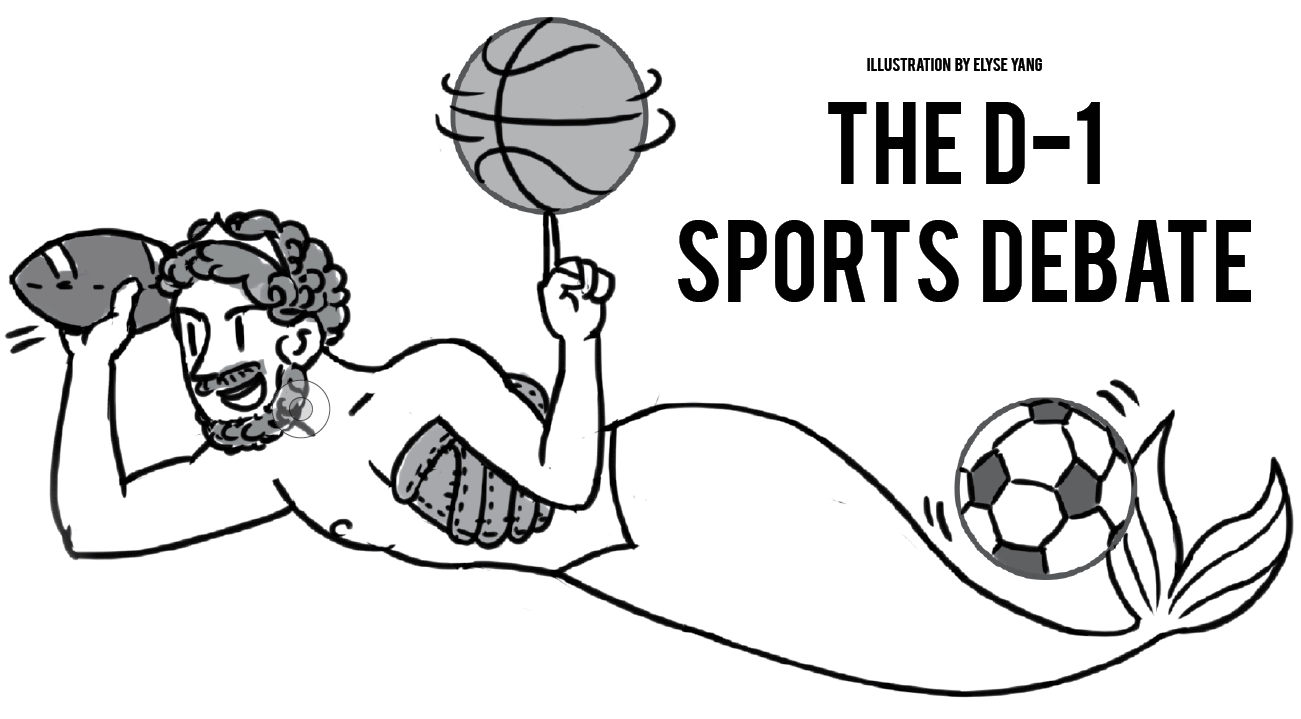 The argument for Division I sports is difficult territory to traverse. With much potential for greatness comes the prospect of little to no change for UCSD. With risk, though, comes potential for great reward. This choice is a gamble at best, and will bring a variety of positive and negative consequences.

For non-athletes — the majority of the student body — the decision must be considered through the financial entailments of shifting to Division I.

In terms of consistent payments from enrolled students, the transition would not be free, or even cheap. At a time when college is more expensive than ever and student debt is higher than ever, students should not have to donate $160 per quarter to athletes so that they can play in more competitive divisions. Furthermore, what message does this send to our academic divisions, especially those that already lack funding? Instead of helping them discover ways to improve society, we’d be shoveling cash into sports that our student body has failed to demonstrate a compelling interest for.

In the long run, however, these costs may be worth the heightened recognition, elevated appeal and increased amount of alumnus donations that could result from the change.

By having UCSD accessible on national television or sports programming, which is likely given the performance of some athletic programs such as water polo and fencing, reminders of UCSD may engender sympathy and donations. This notion also goes with the idea that having a Division I sports program could build a brand for UCSD and put the school on the map, making UCSD a more desirable school to go to. For instance, other UCs in our system — namely UCLA and UC Berkeley — are better-known brands than UCSD. Perhaps it is their greater age in years; perhaps having a Division-I sports program is a strong contributor to this fame. Regardless, it is likely a factor — however incremental — and being a Division I university has the potential to boost UCSD’s status.

Furthermore, the transition to a Division I athletics program may bring in a new batch of students applying to UCSD, as a program that can provide larger scholarships than the $500 reward Division II schools offer. This could have the potential to attract more athletic talent. With UCSD already being esteemed as a research institution, an athletic program to match could tip the balance in a decision for students matriculating to San Diego over another university. Of course, this applies to a select group of students who are able to both compete at the Division I athletic level and perform academically at UCSD.

However, if UCSD does move into Division I standing, the costs of new athletic facilities will more than likely not be required, and future generation of students won’t be shortchanged with a decision made now. Although the discussion of having to pay future fees for facility renovation is not as highly discussed as say, a boost in campus spirit, a decision for Division I can be made with knowing future generations won’t spurn the classes that did vote for the move.

With that being said, it’s not guaranteed that the step up to Division I would increase school spirit immediately, if at all.

3,924 students attended the men’s basketball game that night, a figure that would defeat the average attendance at almost any University of California campus. This is with the exception of UCLA and UC Berkeley, the only two to crack the top-100 NCAA teams in terms of 2014 average attendance, with 8,136 and 7,754 present per game respectively. However, both have been around nearly twice as long as any other UC campus and thus have had twice the amount of time to build their athletic infrastructure, gain national recognition and garner student interest. Average attendance at the other campuses ranged from a mere 913 at UC Riverside (Division I since 2000) to a decent 2,961 at UC Santa Barbara (Division I since 1969), an audience it’s taken over 45 years in Division I to reach.

Once again, 3,924 UCSD students showed up to watch its men’s basketball team play on Spirit Night. The core of UCSD’s school spirit problem is not the fact that its athletics compete in Division II instead of Division I; it is that UCSD students do not support their sports teams. The idea that converting to Division I will automatically mend this issue and motivate students to attend matches is speculative at best and imaginary at worst.

Rather than pay to be popular, we could be putting our time and efforts into supporting organizations like Tritons Rising, which is working to induce school spirit organically rather than buying a false Tritonian Dream. The proposal for shifting UCSD to Division I is a gamble, and one that might only be an illusionary fix for the more prominent issue that is lackluster school spirit. But for the future of UCSD, it’s a gamble that just may be worth it.