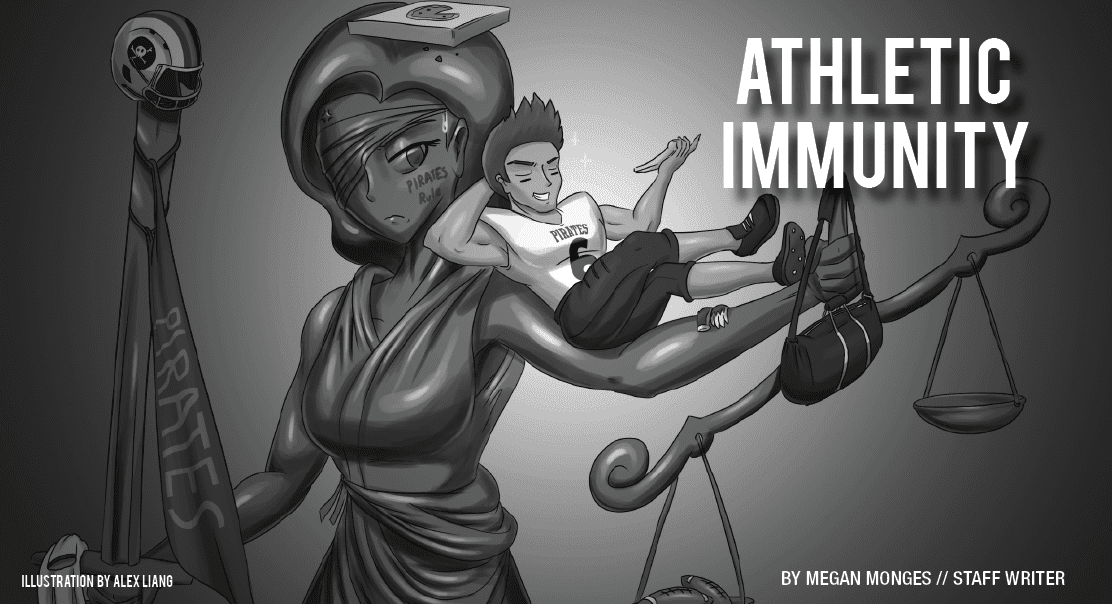 There are a variety of perks held by nationally ranked college athletes. They are given a godlike status by their peers, regularly appear on national television and are cheered on by fans across the country. Because of their status on college campuses, many athletes accused of sexual assault will never face an investigation or charges, despite the overwhelming evidence a victim may have. Florida State University recently settled a federal Title IX lawsuit with a former female student for $950,000. In this case, Erica Kinsmen alleged that the university not only failed to report her rape to the Title IX school coordinator and the Office of Student Rights and Responsibilities, but took steps to cover up all rape accusations. According to the National Sexual Violence Resource Center, one in five women are sexually assaulted while in college, and more than 90 percent of sexual assault victims on college campuses do not report the assaults. Universities across the country are making great strides in promoting awareness of sexual assault and providing resources for all students to utilize. With a greater emphasis made by school officials on preventing and prosecuting sexual assaults, it is surprising that a well-known university like FSU would deliberately harm a student by interfering with a criminal investigation.

The situation at FSU becomes easier to understand when Kinsmen’s alleged rapist is revealed. Jameis Winston, a former FSU quarterback, number-one NFL draft pick and current Tampa Bay Buccaneer has been named as her attacker, according to USA TODAY. The university has admitted to wrongdoing, including mishandling Kinsmen’s rape case in order to allow Winston to continue to play football for the school. In fact, Winston won the Heisman Trophy, an award given to the best college football player in the country, only a year after the alleged rape occurred. Stories like these are normal on college campuses across the country. Student athletes’ crimes are shielded by their coaches and school officials, while victims are blamed or disbelieved. These blatant misuses of power by school administrators is disgusting and have led many athletes to assume that they are immune from facing any sort of school-sanctioned punishment for their actions.

It comes as no surprise that many student athletes in sports-heavy universities across the country are given special treatment as compared to their non-athletic peers. Athletes, especially those who participate in popular college sports, are moneymakers for the institutions they play for. Universities that hold nationally ranked NCAA Division-I sports teams not only make considerable profit from sales of team paraphernalia and having their games televised on major sports networks, but continue to attract potential students to apply for admission because of their popularity. Sports teams have become businesses for many universities, and their players are clients. Universities will do anything it takes to keep their clients happy, playing and making money.

Student athletes argue that the special privileges they receive are warranted: They put in hours of workouts and practices, while still going to school full-time. While this is true, it doesn’t excuse the fact that many institutions around the country are blatantly letting their athletes off the hook for federal crimes. Last July, ESPN released the results of a study they conducted on 10 college campuses across the US, in which they cross-referenced the basketball and football rosters of these 10 schools from 2009-2014 with accompanying school and city police reports. They found that although a large percentage of athletes were named as suspects in crimes, they hardly ever faced charges, and those charges were not prosecuted. In the case of Florida State, 66 members of the men’s basketball and football teams were named in criminal allegations; in 70 percent of those incidents, the athletes were never charged, or the charges against them were dropped and never prosecuted.

This is a problem being seen over and over again on college campuses across the country. With powerful lawyers, athletic directors interrupting investigations and team solidarity, most cases fail to ever see the light of day. Sexual assault victims are also often too scared to come forward. Not only would they have to face their accuser and their entire school, but they would now have to face media outlets and team fans. While athletes are exploited as cash cows, victims are never given the justice they so rightly deserve. Universities need to stop prioritizing their clean records and ability to make money over the safety of their students. College administrations have a responsibility to protect the rights of all students, not just those in the spotlight. Student athletes need to understand that while they do play a vital role on their school campus, they are not above the moral and ethical standards that all students are expected to abide by.