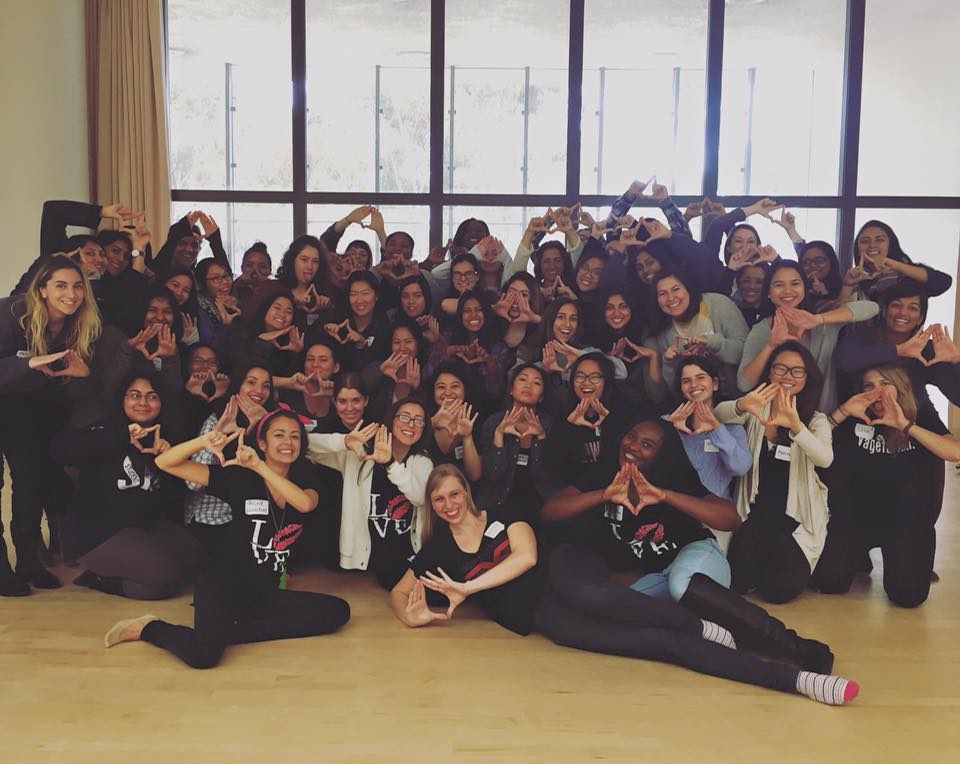 The Vagina Monologues at UCSD is one of the major school events that has become a tradition. Originally a theatrical performance based on an episodic play by Eve Ensler, it is now a professional project organized by amateur actors and crew members who collaborate annually to initiate the conversation about identity, diversity, inclusion, feminism and, well, vaginas. We talked to this year’s production director Arielsela H-Smith about her involvement and found out what to expect from VagMo this year.

OG: How did you get involved in Vagina Monologues?

AH: I got involved with Vagina Monologues my second year because I was looking for a way to better express myself and learn to own my ideas and my voice. As Vagina Monologues is a theatrical show, it is both about presenting yourself and your story on the stage. Big focuses of Vagina Monologues are raising our voices and standing out for our stories, learning to own our persons and presenting ourselves to the community in a way that makes us feel good about ourselves.

OG: This year, Vagina Monologues has three directors. Is it hard to have multiple leaders on the team?

AH: I think it is great to have three different people as leaders. See, for me one perspective is not good enough, and two perspectives are better, but three perspectives seems like just enough. Additionally, it allows for an even split of the work, so we can divide the pieces and committees for crew. But mainly, it is very useful to have different types of women with different types of stories and backgrounds come together to form a production. All three of us have our own strengths as directors that we bring to the table.

OG: As a director, you aim to introduce diversity in a play widely criticized for portraying a narrow, white, privileged view on feminism. How do you address the challenge of broadening Vagina Monologues’ discourse?

AH: One thing that we worked really hard on was having a more diverse cast and crew. While it might have seemed diverse enough to some people, it was still difficult for students of color and members of marginalized groups to identify with some topics discussed in the Monologues. Due to existing criticism of Vagina Monologues, some people did not see it as an entirely intersectional show, which did not allow all members of the audience to perceive the right message and benefit more from the show. VagMo is an educational journey, so this year we tried to involve more women with a variety of identities to allow our viewer to learn effectively.

OG: Will the show itself be different from last year’s performance?

AH: While the monologues tend to remain fairly consistent and follow the original play, every year we perform a new spotlight piece that had never been done before. In addition, what we have here at UCSD is different from what you would see at other universities — show flow and artistic peculiarities are unique to every school and organization.

OG: How do you teach your cast members to be comfortable on stage and deliver a professional level show?

AH: We have weekly workshops that tackle specific issues that come up in a monologue. For example, it can be a workshop on women of color, transgender women or even aging and body image. The point of these workshops is not only to educate the cast and crew but also to allow actors to understand their characters’ feelings and background. Working toward the common goal is another important aspect of staging process. After going through the training process, meeting different women and acknowledging your own story, once you get on stage you are so empowered that you just knock it out of the park! Last year, I was on cast doing the spotlight piece, and for me doing this monologue came together with inspiring myself. Inspired, I brought a voice of newly empowered women to my own piece.

OG: What other activities, besides the play, does The Vagina Monologues organize at UCSD?

AH: We table a lot in the time leading up to Vagina Monologues bringing the Giant Vagina to the Library Walk. We also do publicity campaigns like videos where we go out into the community and interview people. We do headshots of our women so that they can update their social media profiles and let people know what is going on with Vagina Monologues. These photos also help encourage their friends to come see the show and inspire discussion. Personally, I have been able to have a lot of productive discussions with different people in my life because they saw me change my profile photo and figured out I was in this production. We also team up with local beneficiaries. This year are the Center for Community Solutions, the only 24-hour domestic violence and sexual assault shelter in San Diego, and License to Freedom, which works with immigrant and refugee populations to decrease domestic violence and sexual assault.

OG: Can you tell a fun story or memory from last year’s production?

AH: Oh, there were a lot of fun memories. I think last year one of my favorite memories was tabling. The whole process was very fun: getting together, making pussy pops that are chocolate or vanilla vaginas that come in a variety of colors and flavors, selling them and talking to members of the community about different social issues.

AH: Hm, okay, vaginas are beautiful, powerful, diverse and political. There are a lot of politics surrounding vaginas.

The Vagina Monologues 2016 shows are scheduled for February 20-23.