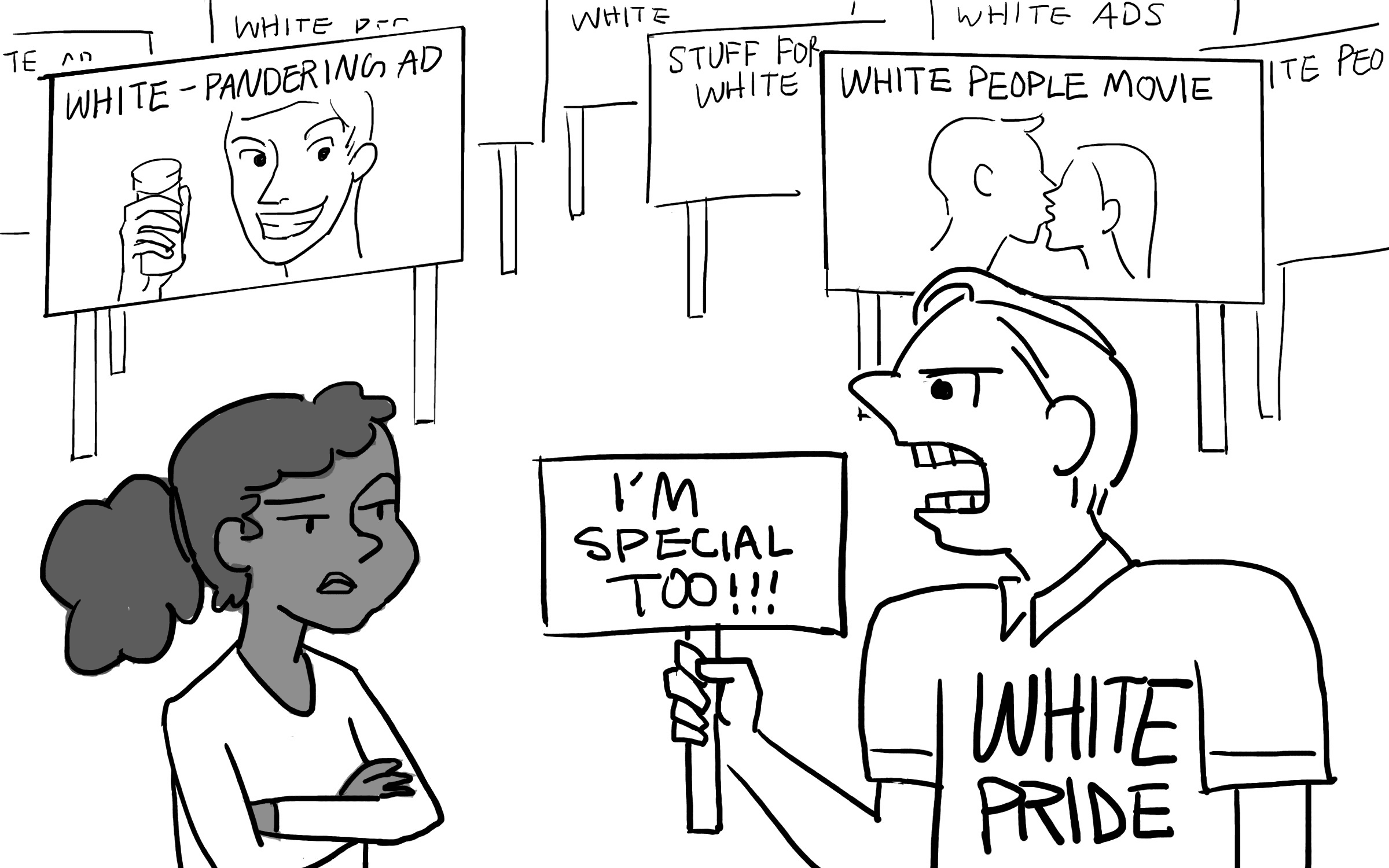 The past few weeks have brought a great deal of civil unrest on college campuses around the country. Protests against racial discrimination at the University of Missouri compelled the school’s president to resign and sparked similar protests at colleges across the United States, including at UCSD. Students are taking a stand, calling for equality, understanding and change. However, these movements have brought forward another interesting and disturbing development: Some white students are now proclaiming that Black Lives Matter protests have caused unjust treatment of all Caucasians. Following this, white student union Facebook pages have been created for more than 30 different colleges, including the University of Illinois, UCLA and UC Berkeley. These unions are making more turmoil on racially charged campuses, marginalizing the efforts made by students and other activists in creating a safe and diverse community.

The first of these pages to be noticed online was the “Illini White Student Union” created for students at the University of Illinois in direct response to a protest that occurred on campus, showing solidarity with “Mizzou” students. They stated that their mission is for white students at the university to “form a community and discuss [their] own issues as well as be able to organize against the terrorism we have been facing from Black Lives Matter activists on campus.” This page is by far the most extreme, calling for students to report “suspicious black activity” to their local campus police. Although the original page has been removed by Facebook, another has already been created, with even more disturbing commentary.

The question is why have these pages seemingly sprung up overnight, and what purpose could they have, other than to exacerbate racial tension on college campuses? With acts of international terrorism on the rise, it is possible that these pages are a direct result of xenophobia; white students are trying to keep a sense of their own ethnic identity. However, the issue can most likely be attributed to long-standing cultural and societal norms within the U.S. Inequality between races is a facet of U.S. history, and although tension and discrimination has arguably improved in recent years, it is still prevalent. Minority students are still underrepresented in all areas. Policies like Affirmative Action that are meant to bridge inequalities between students have caused many white students to feel like they were disadvantaged because of their own skin color.

Although it would be easy for universities to simply take down these pages and stop unions, their formations are protected under the First Amendment. Some will argue that white students too should be allowed to create unions, just as minority students have. In fact, in some cases, such as at UC Santa Cruz, the white student union page was created by a Latino student in response to what he said was unfair racial biases and stigmatization of being white, according to Breibart. More minorities are proclaiming that many white students have been subjected to unfair treatment, just as they have for their skin color. For some of the less extreme pages, there seems to be a common message: Give white students at higher institutions a place to celebrate their own European ancestry, calling for peace between all races and welcoming students of all ethnic and racial backgrounds.

However, this is not the case for the majority of these Facebook pages. Instead of creating a serious and constructive dialogue between students of all racial backgrounds on the challenges students face regarding to race issues, they have created even more racial conflict. These pages ignore the efforts made by students and other activists who strive to create a safe and equal community for all students to gain a higher education. These pages do not foster any sort of meaningful change or create a safe place to celebrate all students. They were created to intimidate student activists and divert attention from the real problems occurring on college campuses. This is a tremendous problem happening across the country, both on and off university grounds. University officials are unwavering in changing or even addressing the racial climates of their schools, students are being attacked and silenced for their race and/or religion and young people are being shot on city streets. Something needs to be changed, and a dialogue on race relations desperately needs to be opened.