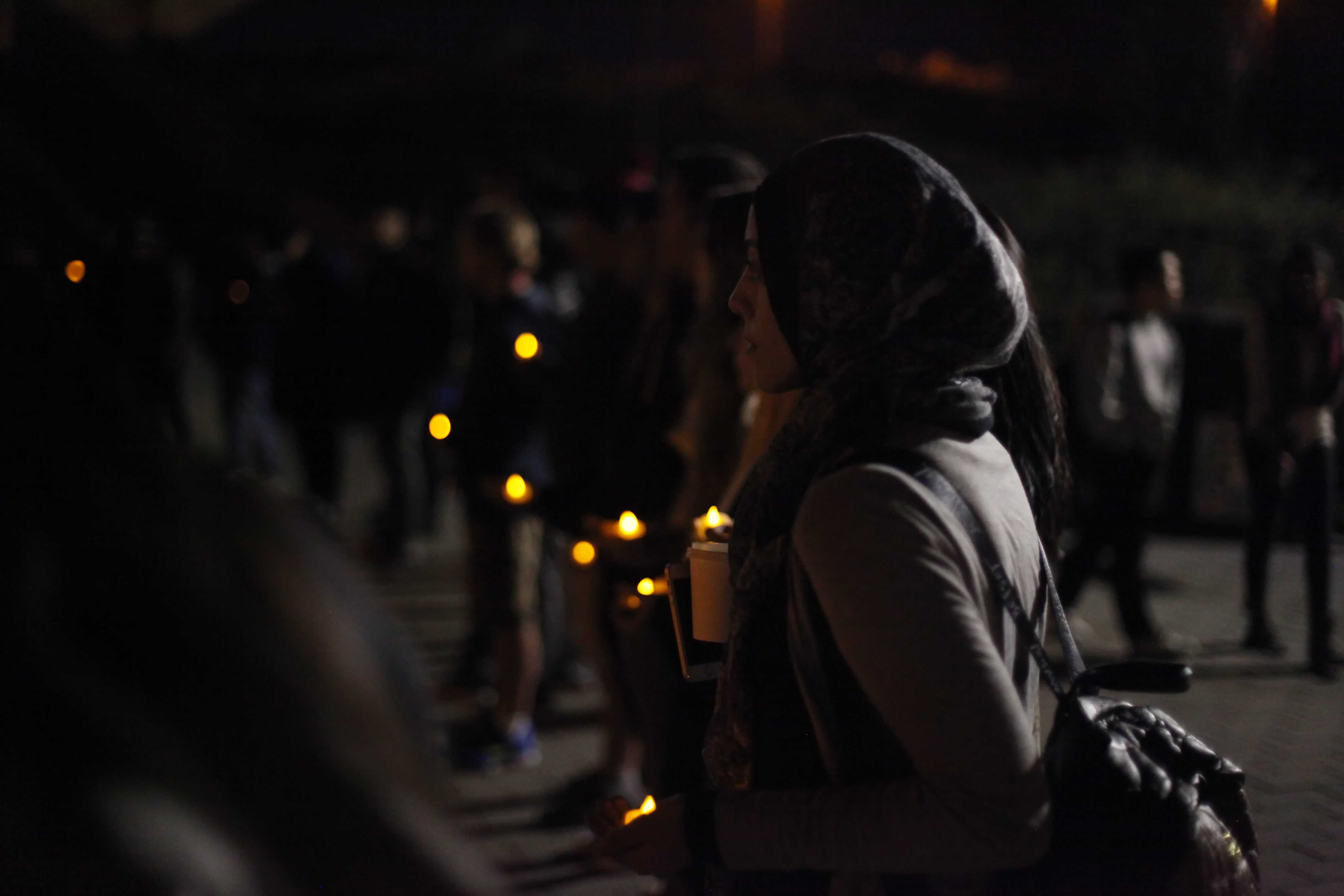 Members of the UCSD community gathered at the Silent Tree this evening in remembrance of and solidarity with those affected by recent international tragedies. Muslim Student Association and Alpha Lambda Mu co-organized the event and called it The Global Vigil.

According to the event’s description on Facebook, the candlelight vigil sought to memorialize victims of terrorism, racial prejudice and natural disasters in the United States and abroad.

“We offer … condolences to everyone sufffering [sic] in all corners of the world … all those who have lost their lives in Paris, Lebanon, Japan, Iraq, Syria, Mexico, Afghanistan and Palestine, as well as our brothers and sisters who are suffering closer to home at the University of Missouri, Yale and UC Merced,” organizers said.

Last Friday, Islamic State of Iraq and the Levant coordinated a series of terrorist attacks across the city of Paris. Over 400 people were injured in the bombings and mass shootings, 80 of which were critical; 129 others were killed in the attacks.

MSA member and Eleanor Roosevelt College senior Haroon Masood said in a speech at the vigil that the events in Paris could lead to increased levels of compassion across campus.

“Paris is yet another addition to the long list of places wrecked with mayhem and misery,” Masood said. “Our hope is that the pain and torment we are witnessing will transform us and make us more empathetic people, allowing us to truly sense, in a personal manner, the grief and sadness that now affect so many people across the world.”

Chancellor Pradeep Khosla issued a public statement of solidarity about the Paris attacks and confirmed that no UCSD students were harmed.

“We have confirmed our study abroad students are safe and recognize that others in our UC San Diego community may also be affected both at home and abroad,” Khosla said on Nov. 14. “Scores around the world and on our campus will bear the emotional pain of this international crime against humanity and civilization.”

San Diego State and University of San Diego also contacted students studying abroad in Paris and reported them safe earlier this week. A female design student from Cal State Long Beach was killed in the attacks.