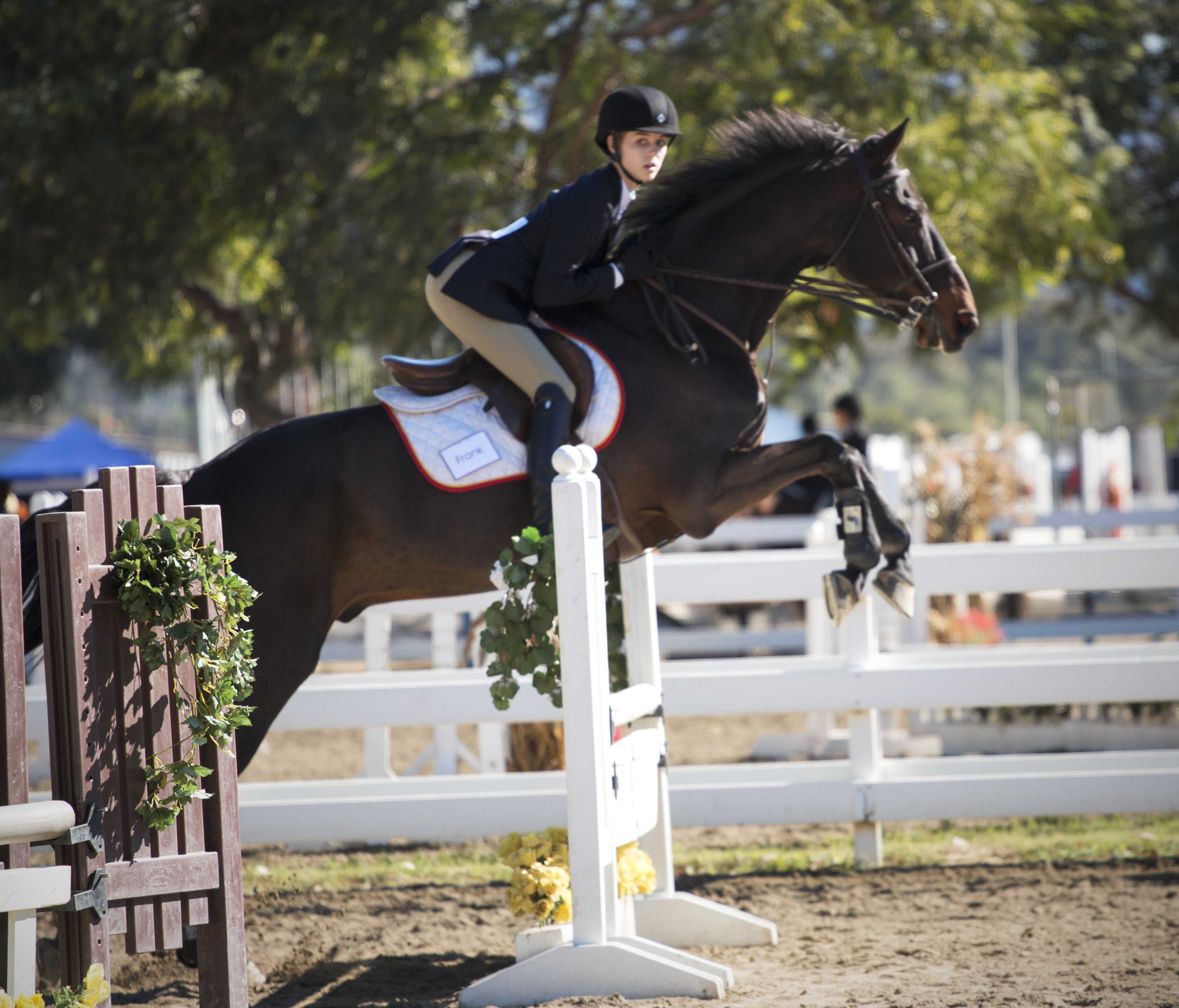 There are few sports that are as wonderfully strange as horseback riding. The average non-rider seems to believe riders are just sitting on their horses — a mirage that fades upon entering a horse show, where a motley of well-dressed riders, brusque trainers and numerous horses gather around arenas (in an English show) filled with jumps of varying heights. The strangeness, however, is not in the appearance: It’s in the core tenor of the sport, which balances itself between grit and tenderness, elegance and athleticism, technique and intuition. After all, you’re sitting on 1000 pounds of fear and minimal depth perception, and you have to convince it to look like a ballerina as it soars over several poles lifted 3.5 feet in the air. But for the English riders of UCSD’s Equestrian Team, that kind of feat is practically second nature.

On Nov. 7 to Nov. 8, the team partnered with USD to host the Intercollegiate Horse Shows Association show at Del Mar Horsepark. A typical rider, dressed sharply in an English riding vest, jodhpurs and meticulously shined black boots, her hair tucked into a net under a helmet, gathered around to draw which horse she would ride for the day. For an IHSA show, the Hollywood sentimentalism around a specific horse-human bond (“Warhorse,” for instance) is quickly punctured: Riders tend to compete on strangers’ horses.

“[An IHSA show] is different from a lot of other shows because you don’t have to own your own horse,” Revelle College junior Bahar Salehi, the team’s outreach manager, told the UCSD Guardian. “Every college brings at minimum two horses, and then you draw a horse randomly, and that’s the horse you happen to ride for the day. A lot of people like it, because it tests your skill as a rider, [and] not necessarily how well you and a horse know each other.”

For many on the UCSD team, coming to UCSD meant being able to continue or take up riding. Salehi, who rode as a young teenager and then had to quit in high school, noted that people who want to ride often can’t because of difficulties getting to a stable or paying for lessons. But at UCSD, those problems are mitigated. For a relatively small fee, anyone can join the team and start riding — though to be able to show requires clearance by a coach. According to Salehi, the small team prefers this kind of informality and the supportiveness it fosters.

“Anyone who has the passion for [riding] can join, and I feel like that makes our team a lot closer, because it’s people at all different levels, and we’re all helping each other — we don’t really have a varsity, or [junior varsity] or anything like that,” Salehi said. “It’s just, you know, you ride at the level you ride at, and everyone in the team pushes you to improve. … The atmosphere [of the team] is very familial.”

A shared love for horses unites the team members, who vary widely in background, race, major and interests. With a sport like horseback riding, which is practiced by a relatively small number of people, it is perhaps easier for the average person to miss the subtleties involved.

“You and your horse are equally responsible for each other, and it’s definitely really unique in that you’re supposed to communicate with something that can’t actually understand your words, so you have to come up with a different language to speak to them in,” Salehi said. “There’s definitely a major bonding, not only with a horse that you’ve had for years or known for years, but even with one that you get on for the first time ever. There’s a moment where you guys have to get used to each other, you have to learn how the horse rides and he or she has to learn how you ride, among other things.”

According to Eleanor Roosevelt College sophomore and co-captain Aleena Karamally, IHSA judging is set up to reward a rider’s composure and technique, regardless of how the horse acts. Because of the unpredictable nature of the drawing, and often because of an individual horse’s capriciousness, the ability to adapt is a vital characteristic of a good rider.

“It takes a special kind of patience [to work with the horses], especially because we don’t know the horses that we’re going to ride,” Karamally told the Guardian. “So you really have to be adaptable and flexible — sometimes you get the lesson pony who’s been there and done that and really doesn’t like his job, and sometimes you get a really nice show horse. … And the judges take that into consideration; they really do judge based on that. If they can tell that you have a horse that’s acting up a lot and you still ride really well, you can still place really well, which is something that I think makes IHSA really special.”

From the acrobatics of Cavalia to the crafted cowboy spirit of Western riding, from dance-like Dressage to poised English riding, the essence of horseback riding is the silent coordination between horse and rider. To ride well requires reaching a partnership based not on anthropomorphization, not on sentimentalism, but upon appreciating the vast differences between humans and horses and communicating despite them.