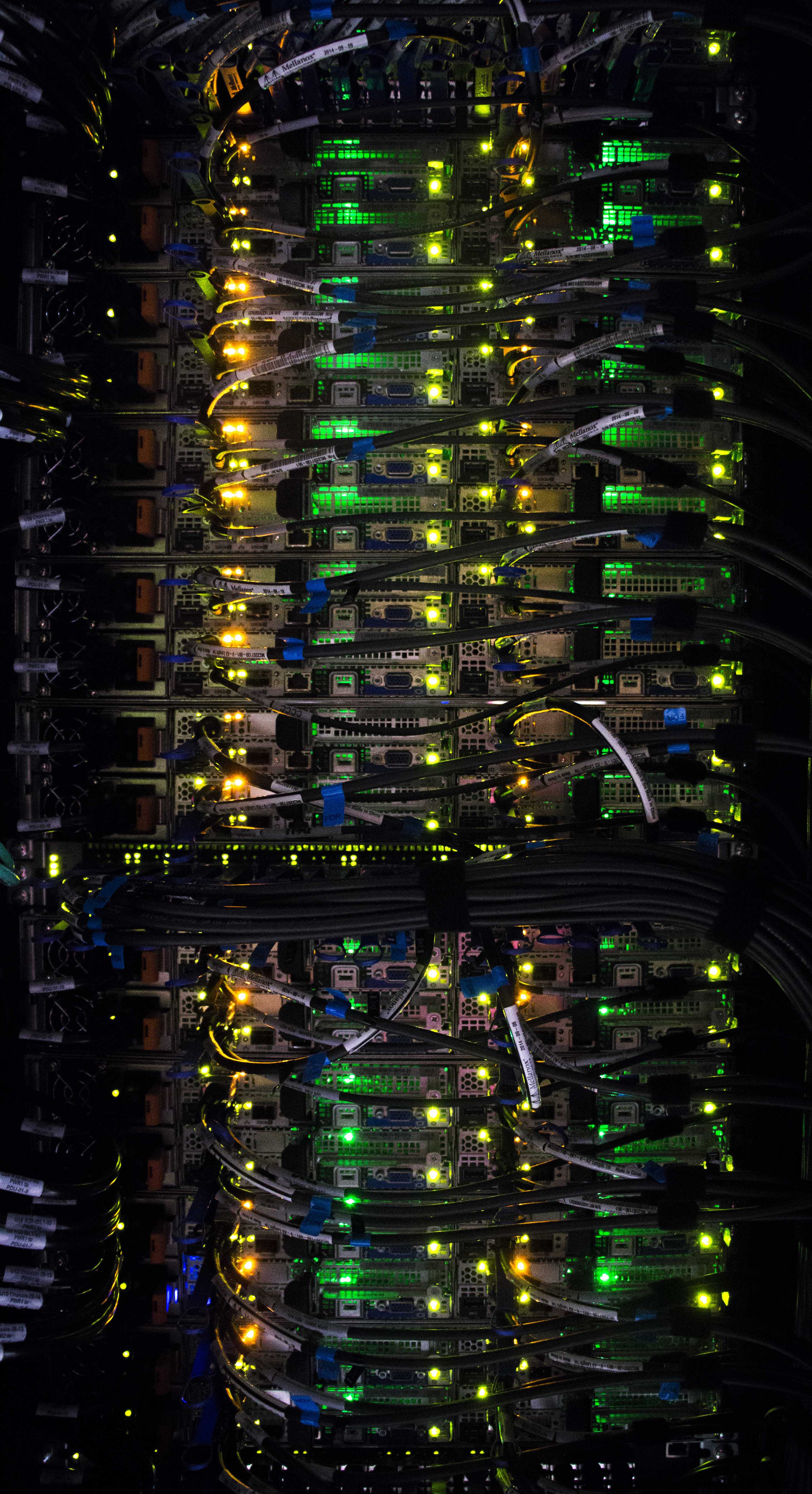 Upon entering the San Diego Supercomputer Center, one is confronted by the rumbling, humming noise of hundreds of computer units cooled by hundreds of fans. At this moment, those computers are running more calculations than are possible to imagine, on projects in fields including cancer research, gravitational fields and internet-use analysis.

“What we don’t want is a bunch of individual computers,” Wagner told the Guardian. “But we can’t make one computer so massive that it can solve everything. So we make these supercomputers where… each machine can be working on its own piece of the puzzle but when it needs information somewhere else, it can quickly get it or put it on another machine.”

Indeed, rather than one massive machine, the supercomputer consists of row upon row of individual computers all occupying a room the size of a high school gymnasium.

Using a set of small computers called Raspberry Pis, Wagner demonstrated the advantage of the parallel computing system. Though each individual unit is small, a computer composed of several connected Raspberry Pis is powerful enough to run sophisticated programs. The SDSC’s machines work the same way but handle amounts of data measured in petabytes, each equal to 1,000,000 gigabytes.

Before showing us the computers themselves, Wagner entered a security code, completed a biometric scan and lead us into a room of diligent employees. This room, crucial for the maintenance and monitoring of the supercomputers, is staffed 24/7 and kept under constant video surveillance. The amount of security necessary for a research facility such as this cannot be overstated.

“We don’t want to restrict the data, so we don’t run firewalls — we don’t block ports but we do look and monitor the traffic,” Wagner said. “The reason we don’t put up any barriers is because having an open network is beneficial to science applications. Cybersecurity is of interest to us because we have 3,000 nodes with public IP addresses. Each one is able to start a denial of service attack. In aggregate, they could do a serious attack on other systems.”

Back in February 1995, Tsutomu Shimomura, a senior fellow at the SDSC, and other cybersecurity experts tracked down Kevin Mitnick, one of the most notorious hackers of the ‘80s and ‘90s, after he hacked into the SDSC the previous December. The SDSC continuously monitors for unusual traffic on the computers, which could signal an unwanted intrusion. The security for both hardware and software is top notch, and the Supercomputer Center itself has had a tremendous impact on the development of cybersecurity.

After passing the cameras and padlocks, one is hit by a burst of hot, dry air upon entering the computer room.The computers generate an enormous amount of heat, which the facility has to remove using a powerful system called a chilled water loop.

Opening a panel opposite the computer systems in the stark white wall, Wagner showed us the cooling system.

“Get a picture before the engineer finds me,” Wagner said. “I’m screwing up the pressure differential right now.”

Campus sends the SDSC cold water, which cools the hot air in a heat exchanger.  The cool air is then sent back into the facility to cool the computers. To keep the air flowing, different parts of the facility are kept at different air pressures.

The SDSC is host to not one but several different supercomputers, each with a unique focus and design. Gordon, for example, stores its data entirely using flash drives. This method of data storage gives Gordon an advantage in solving data-intensive science problems and was considered to be a groundbreaking concept when it was devised five years ago.

The newest computer, Comet, was unveiled last April and is capable of carrying out two quadrillion instructions per second. Unlike Gordon, Comet focuses on performing calculations for small to medium-sized projects; thus, scientists can host many projects on its systems. Comet also aims to serve research that is normally discounted in high-performance computing such as economics, political science and genomics.

The Supercomputer Center was built through a partnership between UCSD, the National Science Foundation and General Atomics nearly 30 years ago. At the time, researchers were struggling to pay for needed computer time, which is when the National Science Foundation stepped in and invested in high-powered computing systems. The SDSC handles requests for computer time from scientists across the United States, involved in projects ranging from sociology to particle physics, using a program called Extreme Science and Engineering Discovery Environment or XSEDE. While businesses that wish to use the Supercomputer Center’s equipment simply need to pay for a given amount of time, researchers need to have their proposals approved by XSEDE, which handles the allocation of computing space.

To most people, the research done at the Supercomputer Center is confusing, to say the least. Thus, the SDSC has created a program called Science Gateways, which helps researchers and less-computer-savvy individuals analyze their data without needing to know how the computers themselves work.

“Suppose a scientist wants to analyze the difference between green and purple puppies,” said Wagner. “Gateways simplifies the interface, so the scientists can come in and ask their questions, and they don’t need to know how the puppy sorting algorithm works on the big computers. Puppy sorting sounds cute, but phylogenetics and gene sequencing are big, complicated areas.”

In addition, the SDSC is trying to make high schoolers interested in computers. In 2010, it launched Research Experience for High School Students, a volunteer/internship program that helps teenagers learn about computational research. This program introduces high schoolers to the basics of computing using the previously mentioned Raspberry Pis, where they can learn how to create simple programs and games such as Pong. Wagner himself has been heavily involved with the program after recognizing how it could benefit members of the community outside of the university.

“I started working with high schools students through REHS, and it dawned on me that this was a platform for more than just working with undergraduates,” he said. “This last year, I really got active with the UC High Coding Club, which is near the university. Last year, the Computer Science Teacher’s Association in San Diego was directed to me, and we’re starting to build a platform for hosting a workshop to teach them how to teach students.”

The SDSC is one of San Diego’s greatest assets, and Wagner hopes that the next generation will inherit his enthusiasm.

“I want to retire, and if I don’t train the next generation, I don’t get to retire,” Wagner said with a grin. “As we learn something, we want students to do more than we did. That’s why we teach, I want you and students that are younger than you to know more than I did, so you can do more with it. If we can get this experience to younger and younger students, then they get to create more earlier and can innovate sooner.”

One thought on “Supercomputers, Raspberry Pis and Purple Puppies”