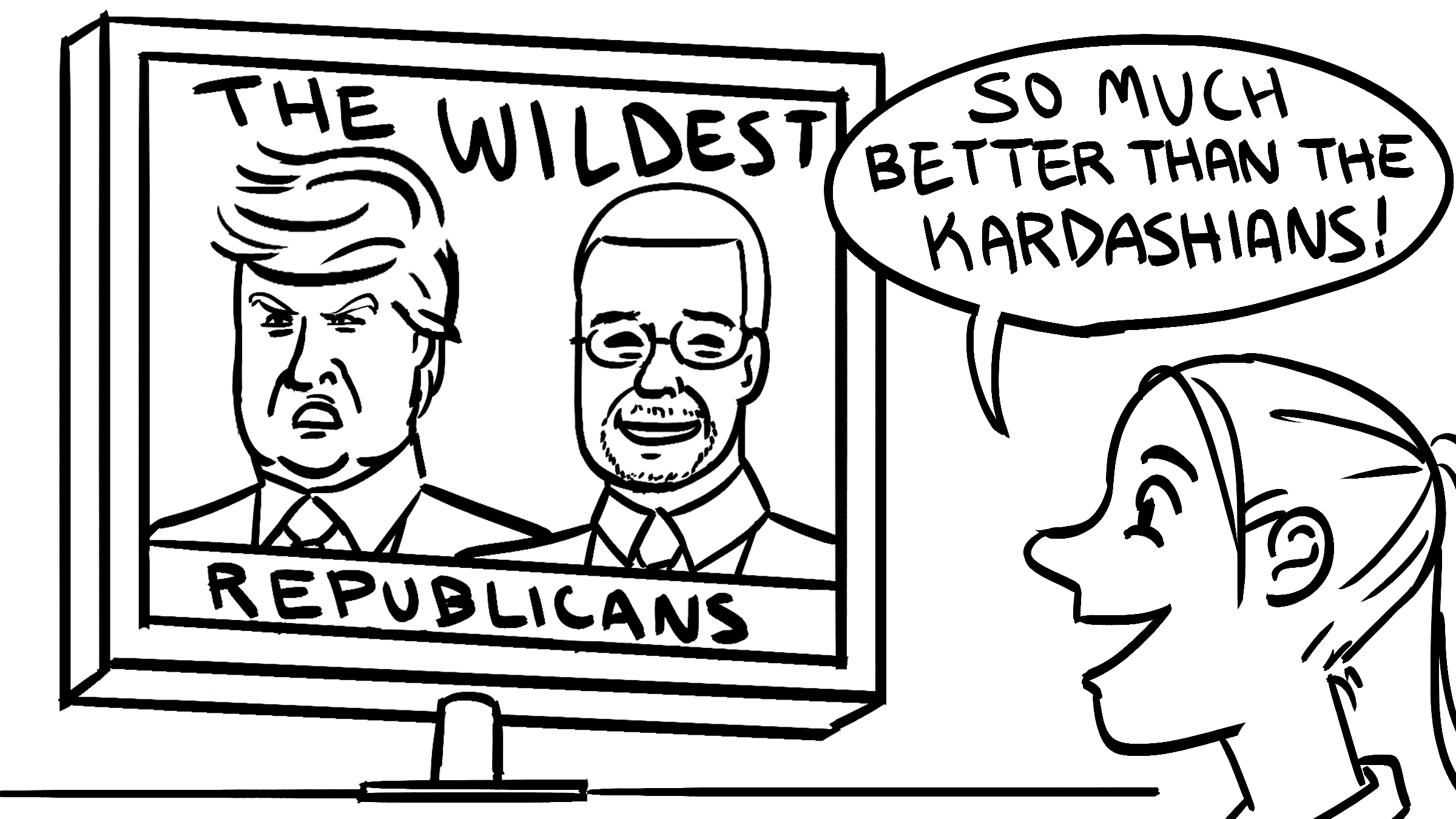 Former neurosurgeon Ben Carson and businessman Donald Trump are leading sensationalist campaigns that have made them two of the most unqualified candidates ever to lead the GOP race for the 2016 presidential elections. These two inexperienced candidates make every headline possible, drawing attention away from better-qualified candidates. The GOP campaign has no grounds in politics. It is just a popularity race currently dominated by two candidates who throw sensational comments to the media in the hopes of getting more traction and donations.

Now let’s get something straight: The GOP landscape is so diverse and divergent that two people with little-to-no political experience outshine all the relatively experienced political figures in the bunch. Ben Carson, at the very beginning of his campaign, admitted to a few mistakes about his understanding of the United States’ foreign policy. In an interview with Hugh Hewitt on his radio show, Carson mistakenly urged Baltic countries already part of NATO to join NATO. Clearly, Carson’s geopolitics are all over the place.

The other candidate, Donald Trump, would like to run this country like a business about to go bankrupt. Many apologies, Mr. Trump, but this country does not need to be in a worse financial situation than it is already. And that only covers a few of these candidates’ shortcomings.

This year’s GOP campaign is primarily driven by money and by those who understand how to successfully fund their campaigns. Donald Trump has been able to contribute funds to his campaign from his personal fortune of $4.5 billion, according to Forbes. Trump literally cannot be stopped. He does not need anyone’s money, and one of his appeals is that he is not censored or controlled by the super-PACs.

But the only reason he is not controlled by them is because he is his own super-PAC and can dump money into his campaign and ultimately serve his personal interests. Without suffering financial consequences, he can say things like, “You could see there was blood coming out of her [Megyn Kelly, the Fox News host’s] eyes, blood coming out of her wherever.” He wants to call a woman a “big, fat pig”? Again, he can. This is all a game to him, and he acts like a toddler whose mom is not around to tell him what not to say.

On the other side of that equation stands Ben Carson. We already know about his impressive lack of awareness regarding the country’s political actions. But once his advisors gave him more freedom to speak publicly, Carson showed us the the severe limitations of his narrow mindset. He argued that a Muslim should not be the president, stating that Islam is inconsistent with the Constitution in an interview on NBC. Then, last Thursday, he commented on the recent shootings in Oregon — and everywhere else in the U.S. — to CNN: “I think the likelihood of Hitler being able to accomplish his goals would have been greatly diminished if the people had been armed. I’m telling you, there is a reason these dictatorial people take guns first.”

The immediate reaction is utter shock. Not only is this historically incorrect, but it is downright disrespectful and disgusting to blame the Holocaust on a piece of legislation from 1938. The Holocaust can be blamed on any of the following: a dictatorial regime, several madmen, but mostly a country hit by an unprecedented crisis that answered by building an army even though it had been forbidden to do so after World War I. But this is not about gun laws or the Holocaust.

These remarks placed Carson on the same line of thought as many pro-gun advocates. Those comments, although erroneous and misguided, make him a likeable candidate for many of the top backers of Republican candidates. Out of the top 158 contributors — the so-called super-PACS, over half of the total contributions — 138 gave money to Republicans. Out of those 138, eight live near River Oaks, Texas, the wealthiest community in the state.

The GOP campaign candidates are trying to appeal to a very small percentage of white, old, rich people to fund their campaigns and vote for them. Oh, did I just describe Donald Trump? The sensationalist elements of our lovely Republican candidates are only alienating them from modern America. Despite the delicious spectacle they offer us in their “debates,” none of them will stand in the Oval Office in 2016.