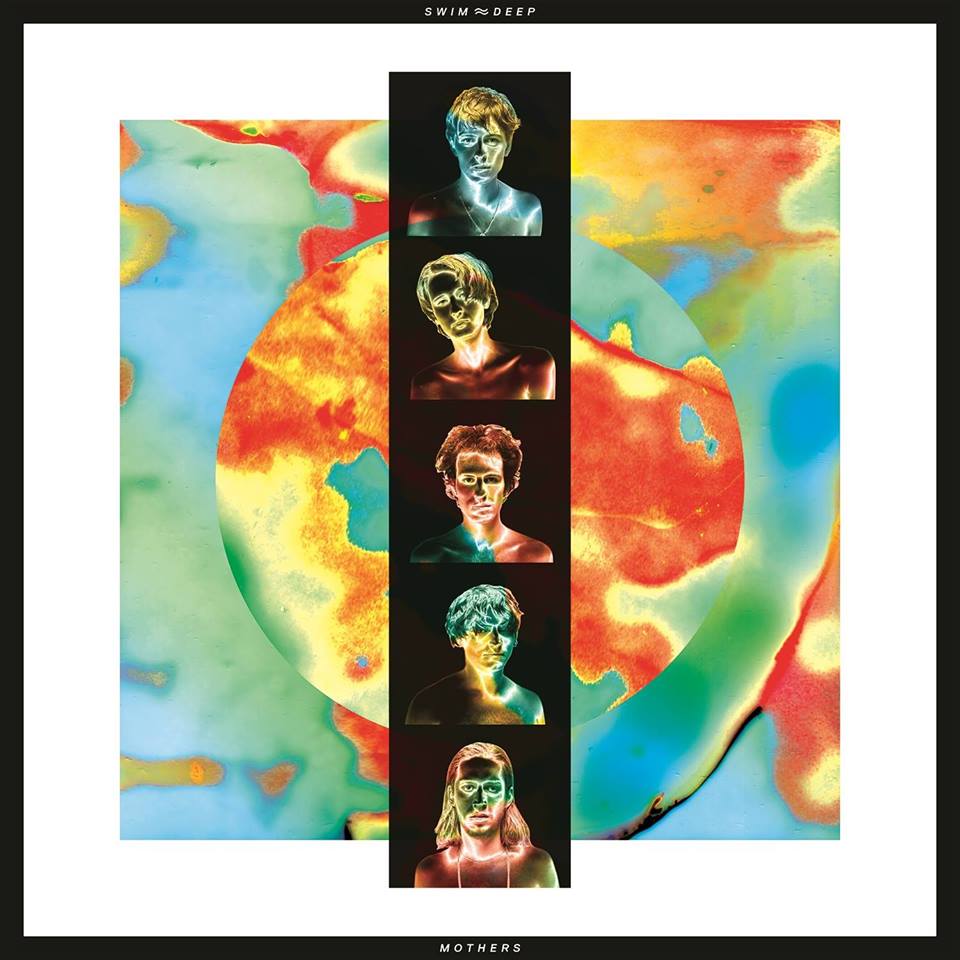 The Birmingham five-piece steps it up with synths on an impressive sophomore record.

Mellow indie rockers Swim Deep were once the poster boys for the carefree: easygoing, bubblegum-haired twenty-somethings draped in thrift shop sweaters, deftly navigating the B-town scene on beat-up skateboards. If their debut, “Where In The Heaven Are We,” was a distillment of the feel-good themes of B-town — an indie pop scene bred by the likes of Peace and JAWS in Birmingham, England — then their sophomore record “Mothers” is perhaps a more-articulated version of the same setting. Swim Deep has revived the airy, guitar-based sound that wooed early fans, but their metamorphosis hasn’t been one of complete renewal; Swim Deep has simply become more meticulous.

The hazy vocals and melodic guitars of early Swim Deep tracks have not been removed and replaced, just buried. “Mothers” layers the airy 80’s dream pop of “Where In The Heaven Are We” with jangly guitars and heavy synths, producing a complex psychedelic pop-grunge that selectively emphasizes and mufflesvarying layers to create an array of distinctive songs.The album opens with “One Great Song And I Could Change the World,” a grand proposal lathered in soft vocals and synths that demands high expectations, just to fall short of them. Sure, “Mothers” is a delicious listen, but it suits a peaceful summer kickback far more than it does global revolution.

But Swim Deep’s introductory proposition lays the foundation for what they’ve set out to accomplish with their sophomore record: change. Surely anthems “To My Brother” and “Is There Anybody Out There” won’t be mistaken for the guitar-driven, indie jingles of their past; synths mingle with keyboards to stifle delicate vocals, lifting only to pronounce catchy, single-phrase choruses.

Yet, such a persistent reliance on synths poses the danger of occasional monotony and Swim Deep doesn’t completely escape it. “Heavenly Moment” and “Imagination” fail to offer anything exclusive; they depend on the same heavy synth and obscured vocal combination of the other tracks but lack any of their redeeming embellishments. Fortunately, “Fueiho Boogie” revives a late-album slump. The eight-minute closer recovers the clear, clever lyrics and striking guitar riffs of their earlier work and fuses them with carefully layered instrumentation and amplified vocals. The result is a lengthy showcase of Swim Deep’s ability to fine-tune.

“Mothers” is just that — a careful modification of an original sound, a rare achievement of simultaneous experimentation and perfection. Swim Deep may remain a beacon for the blissful and carefree, but “Mothers” has demonstrated the existence of an underlying ambitiousness.