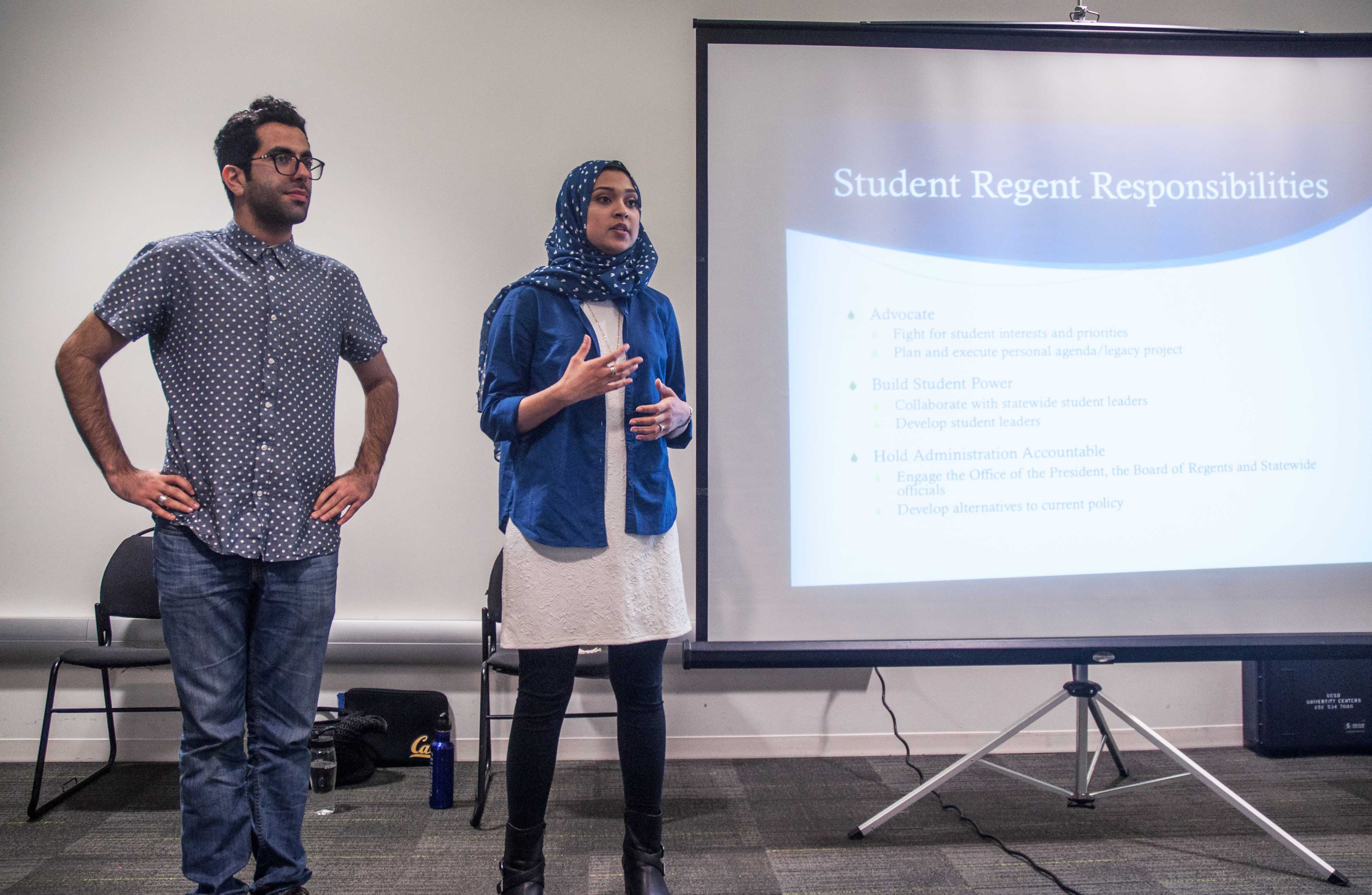 A University of California Board of Regents committee nominated UC Riverside graduate student Marcela Ramirez to be the Board’s 2016–17 student regent.

Ramirez currently studies higher education administration and policy and is the graduate student representative of the UC Office of the President LGBT Advisory Committee. She is also a former member of UC Riverside’s Undocumented Student Task Force, the founding director of the Middle Eastern Student Center and Dean of Students Office’s diversity initiatives coordinator.

In a Tuesday press release from the UC Office of the President, Ramirez stated that her goals are to improve diversity and accessibility across the UC campuses.

“As a member of the University of California community, it’s important to me to affect growth and change in a positive way,” Ramirez said. “I’m here to serve. I want to hear what students’ concerns are. I want to build a bridge of communication between students, staff, faculty and the board.”

Ramirez also explained that she is qualified for the position because she knows first-hand how difficult it is to be a student.

“I understand the hardships one must overcome to stay in school and the trials and tribulations that come with pursuing an academic degree and establishing yourself,” Ramirez said. “I’m in tune with student concerns and challenges across the system.”

UCSA President Jefferson Kuoch-Seng expressed in the press release his desire to collaborate with Ramirez during her term.

“We welcome Marcela to join us in our work to advocate for quality, affordability and accessibility for UC students,” Kuoch-Seng said. “Student Regents are a crucial voice during key decisions on student fees, financial aid and admission, among other student priorities. We look forward to working closely over the next two years.”

Ramirez graduated from Cal State Long Beach with a master’s degree in counseling with an emphasis in student development and higher education and received bachelor’s degrees in economics and French from Cal State Fullerton. She expects to complete her UC Riverside graduate program in June 2017.

The Regents will vote on whether or not to approve the committee’s nomination during its July meeting at UC San Francisco campus in Mission Bay. If confirmed, Ramirez will serve as a regent-designate for the next year and then gain full voting privileges in July 2016.