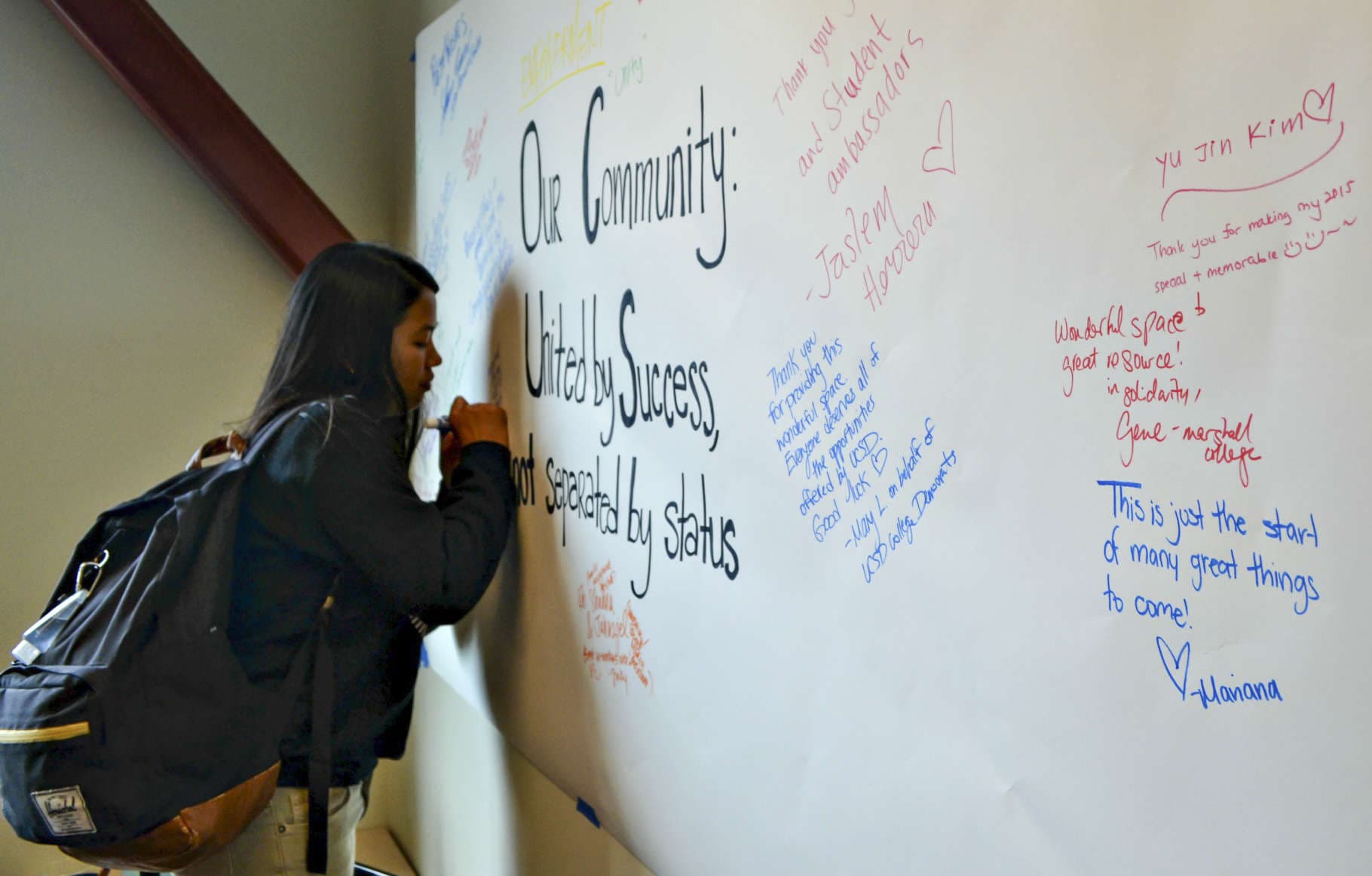 Vice Chancellor of Student Affairs Juan Gonzalez gave the event’s welcoming address, in which he thanked UC President Janet Napolitano for her efforts in making the center possible. Gonzalez continued by acknowledging the Undocumented Student Services Center as a product of student advocacy.

“Your voices were the methodology of moving this agenda forward,” Gonzalez said. “I applaud, I thank and I praise that student advocacy for your efforts.”

The program continued with remarks from graduating undocumented undergraduate and graduate students.

Eleanor Roosevelt College senior Bruno Rosales Huizar Jr. stated that he would not thank the University of California for its assistance in establishing the new center. Huizar pointed out that during Napolitano’s time as secretary of the Department of Homeland Security, the U.S. government deported 2 million people, one of whom was his father.

“When I was 15, my father was deported,” Huizar said. “I can’t even begin to describe the suffering my family has endured because of this woman who will now sign all of our degrees.”

Huizar is one of several students who participated in civil disobedience to protest Napolitano’s appointment as UC president.

Second-year graduate student Jessica Lee described the increased support she has seen for undocumented students while completing her undergraduate and graduate degrees at UCSD.

“The faculty members and staff have not only listened to my stories but have gone over and beyond to fight for my rights and speak up for things that I couldn’t speak up for myself,” Lee said.

After Gonzalez accepted the proclamation on behalf of the university, UCSD Class of 2008 alumna Grecia Lima spoke about a number of issues facing UCSD students, including the increasing amount of debt they face upon graduation.

“There is still a long way, like many students mentioned, especially when undocumented students are continuing to have a great challenge in financing their studies on campus,” Lima said.

On the subject of Napolitano, Lima told the Guardian that she is more focused on the students who are in front of her.

“I think Napolitano holds some power, but students hold the most power,” Lima said. “What’s important for me is what are students saying and how are they making change.”