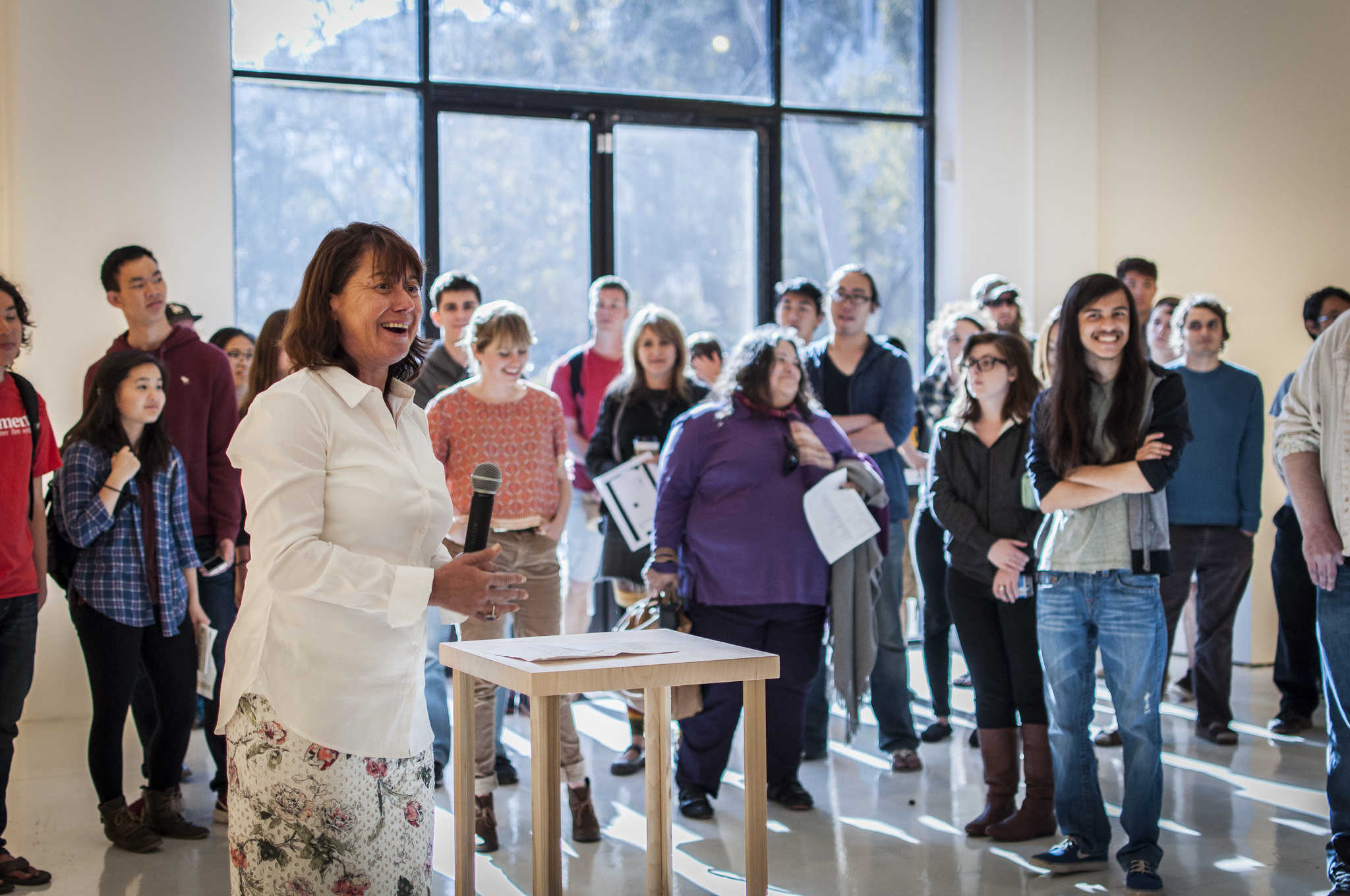 The Division of Arts and Humanities will be placing UCSD’s University Art Gallery on hold indefinitely beginning July 1. The division’s dean, Cristina Della Coletta and Visual Arts Department Chair Jordan Crandall made the announcement in a joint statement last Wednesday.

Della Colletta, Crandall and Visual Arts Vice-Chair Jack Greenstein told the UCSD Guardian that the dean established a committee comprised of UCSD faculty to determine the future of the UAG.

“The gallery’s future is on hold to the extent that there is no programming scheduled for the summer or next year,” the officials said in a joint email. “The visual arts department has been discussing the mission and operation of the gallery for several years and, with resources from the dean, established a committee to survey the faculty and come up with a plan. However, there was no consensus on how the gallery would be run, so the plan was not approved.”

Though Della Colletta and Crandall have denied that the gallery is closed, UAG Assistant Director Merete Kjaer, whose position will also terminate July 1, told the Guardian that she still believes recent events point to closure.

“Knowing what we’ve gone through this year of trying to secure funding and continue and the action of laying everyone off, I don’t really know what you call it other than closing,” Kjaer said. “I think that it’s just rhetoric, choosing one word over another.”

Greenstein stated that there currently is no funding line for the UAG.

The department chair and dean said they could not discuss personnel issues when asked about the employment status of UAG employees.

The closure of the UAG would make UCSD the only UC campus without an official art gallery or art museum, since all nine UC schools have at least one official university art gallery or museum.

Greenstein stated that the visual arts faculty will hold a series of discussions in the following months to determine the gallery’s future. Once the department establishes a plan, it will forward it to the dean and Executive Vice Chancellor Suresh Subramani for final approval.

Second-year graduate student Julia Fernandez told the Guardian that eliminating the gallery diminishes the value of her degree.

“What worries me is that this is [going to] be a larger reflection of how the arts and department are viewed on this campus,” Fernandez said. “This is very surprising and embarrassing for the school because it’s a reflection of the degree that we’re getting from a school that doesn’t really appreciate the arts.”

Fernandez first heard about the change in status of the UAG when Crandall sent out an email stating that the annual UCSD Masters of Fine Arts Graduate Exhibition is closing a week early. The exhibition displays art from graduating artists and is curated by graduate students, including Fernandez.

However, visual arts professor and Academic Senate representative Brett Stalbaum told the Guardian he believes an agreement can be reached.

“I’m super pleased that our students have been making their voices heard on the matter because it demonstrates that these exhibition experiences are an important aspect of our educational mission,” Stalbaum said. “I believe that, as faculty, we can work out a model that allows the UAG to better serve many different constituencies, in such a way that creates a clear path for UAG to continue.”

Revelle College junior and art history major Audrey Maier discussed how the UAG hold demonstrates the changing nature of education in the arts.

“The basis of the issue is that arts, by itself, isn’t seen as ‘relevant’ because it’s not seen as a great way to make money and it’s not a hard scientific discovery,” Maier said. “It feels almost like eliminating the discipline in its purity and [saying], if you do arts, you have to infuse science or a relevant discipline.”

Maier, who curated the “Round But Square” exhibition with Earl Warren College senior and art studio major Elizabeth Stringer, explained that although there are other galleries on campus, the UAG space allows artists to showcase in a more professional setting.

“Undergraduate students usually can’t exhibit [their artwork], but we do show it during our Undergraduate Art Show; the MFA students have their show their as well as the faculty,” Maier said. “Unlike the other galleries on campus, the Gallery has a lot of infrastructure for experimentation, making it into a very professional gallery.”