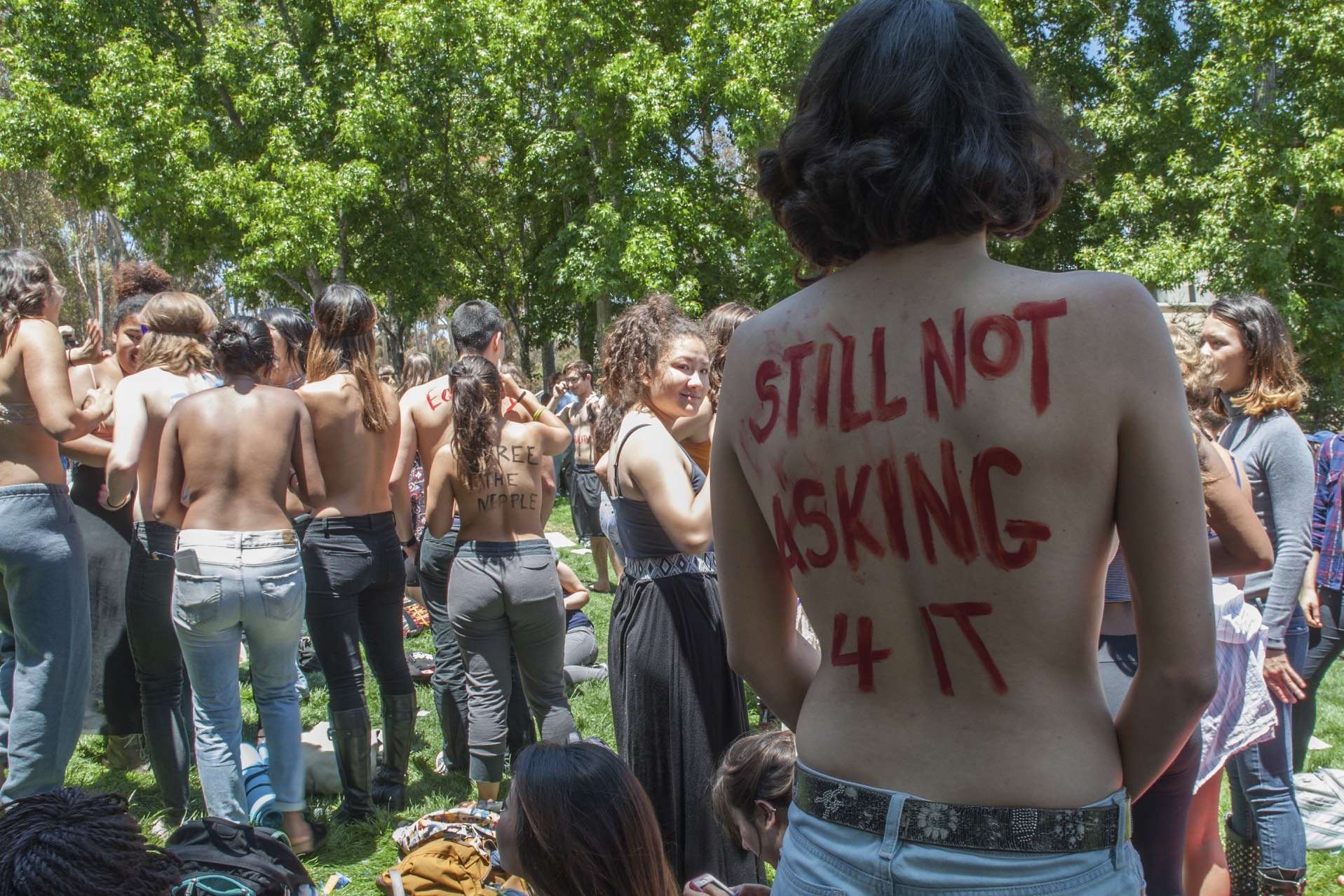 UCSD students undressed in protest of public exposure laws and the sexualization of female nipples on Library Walk during the Free the Nipple event on Wednesday.

“When I saw a covered-up nipple that [protruded] out from [a woman’s] shirt and people making fun of it, I felt that it was unfair that women [aren’t] able to walk around without a bra and be comfortable,” Ma said. “Then, I started to wonder why [I can’t] walk around without a shirt when men can do that.”

The event began with Ma announcing at the beginning of the event that she will “free” her breasts, after which both male and female participants removed their shirts.

Eleanor Roosevelt College freshman Annika Reno stated that, although participating in the event made her feel uncomfortable, it was a necessary act.

“It is uncomfortable for everyone, but it is something that needs to be done,” Reno said. “I think that the fact that it isn’t comfortable makes it even more compelling and revolutionary.”

It was not until the 1930s that men in the United States were legally allowed to publicly expose their nipples. Now, women across the nation are campaigning for legalization of the public exposure of female nipples, declaring that it should be considered a right.

According to Oxley, the movement began during the 2014 Topless March in New York City. Oxley discussed how the event instigated a change in people’s perceptions of female body parts.

“Men actually had to cover up their nipples, as well, but that law changed. If you look back into centuries, past women couldn’t even show their ankles because ankles were sexualized,” Oxley said. “We live in a very misogynic society where women’s bodies are hypersexualized, and this [movement] is the first step [away from that].”

“I believe that men and women should have equal opportunity and equal rights. It might seem trivial to a lot of people, but why is it that there’s inequality between guys and girls?” Suvonnasupa said. “Why can’t they be topless when they want to?”

The event concluded without any arrests or legal consequences after two hours. Ma said she believed the event was a success.