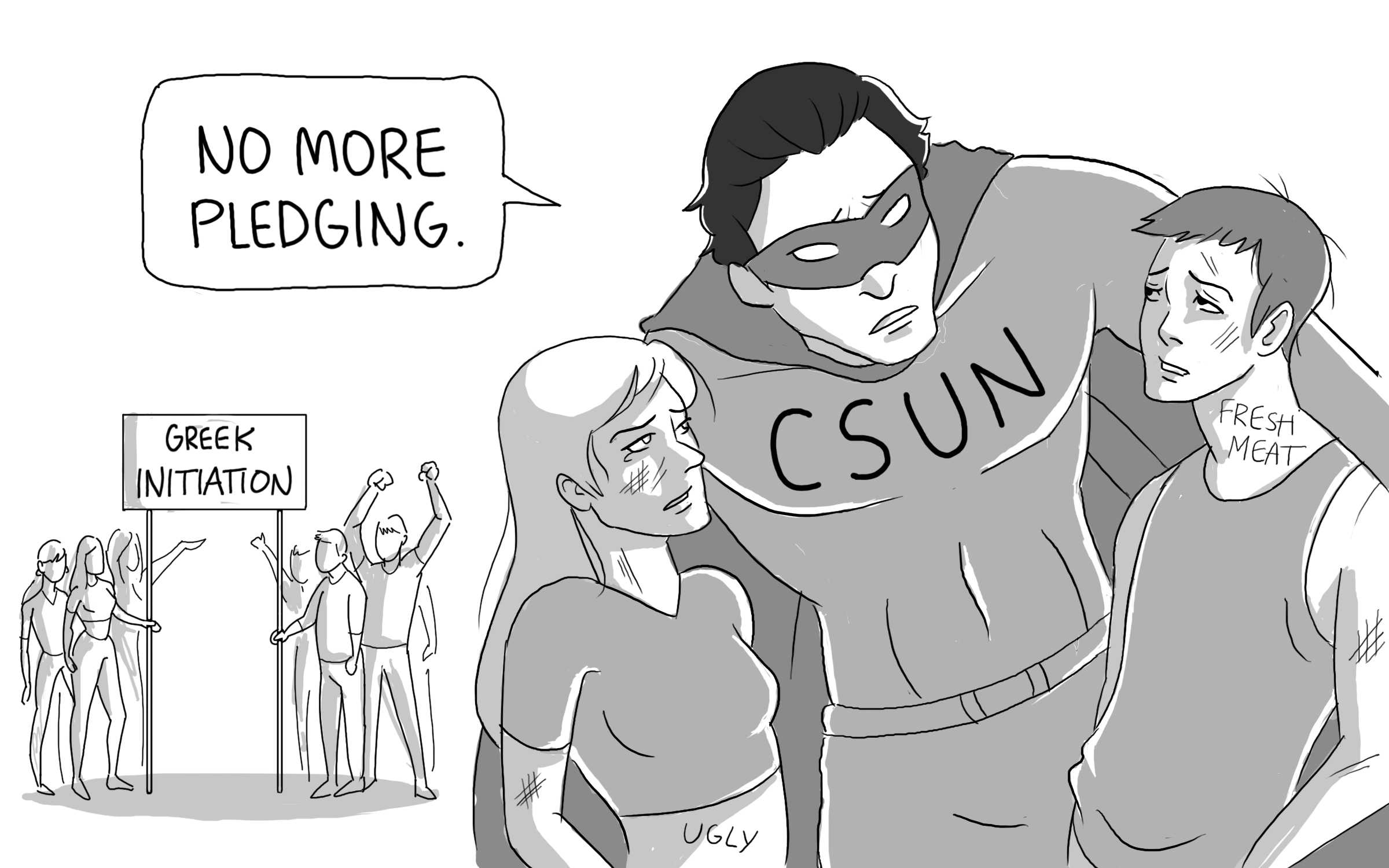 Universities should take a firm stance against hazing in social bodies to prevent horrific incidents that jeopardize student health and safety.

Three weeks ago, Cal State Northridge put its foot down on the Greek system after anonymous allegations that fraternity Pi Kappa Alpha was hazing its pledges. Already overwhelmed by the hazing and death of a student in a separate fraternity four months ago, the university froze pledge activity for the remainder of the fall semester, suspended Pi Kappa Alpha and prohibited Spring 2015 recruitment.

While it’s unfair that so few caused so many to go punished, this isn’t just somebody else’s problem, and the university rightfully took action. Hazing should not be tolerated, and aggressive action is necessary to ensure such incidents never occur again. And the association between hazing and the Greek community undermines the character of Greek life as a whole by creating an environment of intimidation and fear. If a message to all communities is not sent, this will continue on and on. More would-be brothers and sisters will go on to be harassed, embarrassed and — God forbid — killed.

The death of a pledge is an extremely rare event, but a single death is still one too many. For Betty and Joseph Serrato, this unlikely horror became a reality when they lost their son, a student at Cal State Northridge, who passed away over the summer when Pi Kappa Phi forced their pledges on a hike without adequate water or sleep.

And while there’s the kind of hazing that doesn’t kill, they are still violations of basic human decency. What takes the cake in terms of outlandish and inexcusable behavior is when Pi Kappa Alpha at the University of Tennessee, Knoxville inserted rubber tubes into its pledges’ rectums in order to bypass the filtering of their livers and heighten the speed and level of alcohol entering their bloodstreams. One student who was taken to a hospital was found to have a blood-alcohol content so high that he could have died.

These acts are not even exclusive to the South; hazing can and has happened here. The UCSD Guardian covered allegations of hazing concerning fraternities such as Pi Kappa Alpha and Sigma Nu in 2007 and 2008. Some examples include blindfolded pledges being forced to drink hard liquor, getting tied up with both rope and tape and having to walk in a circle while holding another man’s genitalia. This may seem like a long time ago, but such events were only known because of a leak by a former pledge. One can only wonder if the lapse in time is the result of increased pressure to shut out hazing or a greater effort to prevent transparency.

And most infamously at UCSD, Pi Kappa Alpha had also been the masterminds behind the infamous Compton Cookout, a 2010 off-campus event intended for partygoers to portray African-Americans as unlearned, uninhibited and indigent. Needless to say, this got exactly the kind of backlash one would expect from bigotry.

While Pi Kappa Alpha does come up a lot, everyone else should not be left off the hook. Greek life serves as a whipping boy with regard to how hazing —with no mention of any charitable efforts — is overly emphasized in the media, but it can easily happen on any intercollegiate sports team. It can happen in the marching band, one of UCSD’s many multicultural clubs and even in religious clubs.

This is why a message needs to be sent. As long as any social body thinks it can get away with hazing, these incidents will continue to occur. In this regard, Cal State Northridge did the right thing by temporarily suspending all pledge programs and future recruitment.

This is, of course, a major disappointment for everyone else involved that is law-abiding and responsible. The Greek community does a lot of good in terms of character building and philanthropy. Many of these organizations devote a large amount of time and resources toward truly making a difference in people’s lives.

Whether it’s by helping the downtrodden or ensuring that each brother and sister gets the best out of their four years of college, it’s no surprise that college graduation rates are 20 percent higher among those who involve themselves in Greek life. There might even be some correlation with success, considering that 85 percent of Fortune 500 executives wore Greek letters at one point, not to mention the many presidents and congressmen who have done the same.

Though CSU Northridge’s act may be seen as an unfair punishment, Greeks should see this temporary ban as a step in the right direction. This shows a noble goal of eliminating the creeps from the Greek system while promoting only those with integrity and virtue. Greeks unfairly continue to struggle with negative stereotypes, and only a firm stance against hazing and derogatory behavior can ensure that only virtuous individuals can represent their chapters in their universities and the real world.