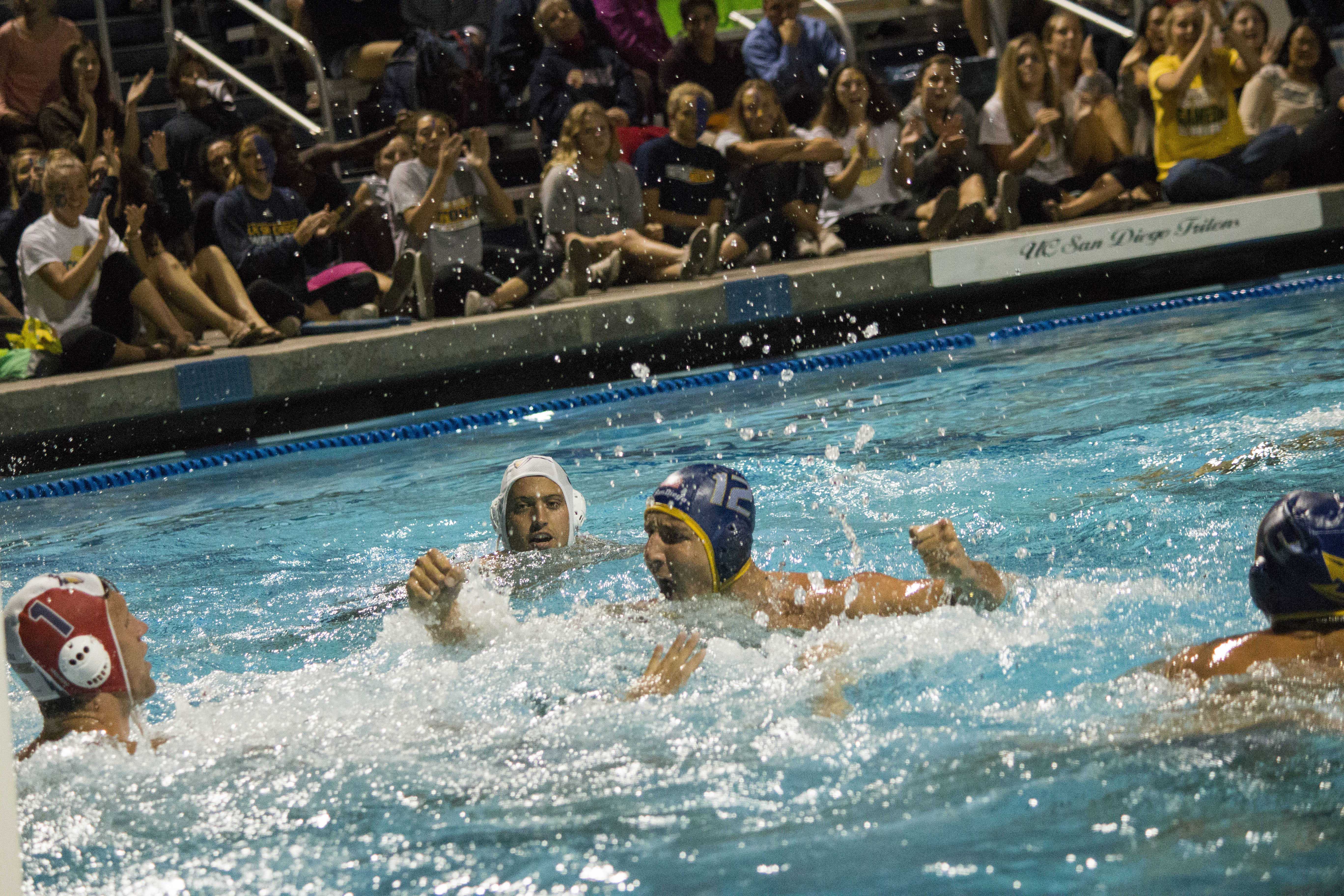 Continuing its perfect league record, the No. 6 UCSD men’s water polo team defeated No. 18 California Baptist University in a closely contested 12–9 victory this past Friday at Canyonview Aquatics Center. The Tritons improved to 9–8 on the season and 4–0 in the Western Water Polo Association. 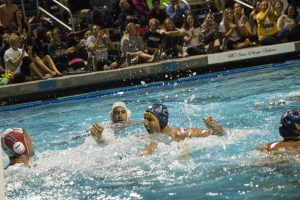 In spite of the win, the Tritons, who only recently returned from a strong outing at the SoCal Tournament, appeared to struggle more than expected to secure the victory. UCSD head coach Denny Harper characterized his team’s performance in blunt terms. “They acted like they were God’s gift to water polo and that this was going to be some sort of easy game,” Harper told the UCSD Guardian. “They did not heed my or the coaching staff’s advice all week.” Playing in front of a packed home crowd, UCSD did take a quick 2–0 lead over the Lancers with goals from senior utility David Higginson and sophomore driver Andy Moore. However, despite the strong start, the Tritons soon appeared to slow their pace, as the Lancers fired back with three goals of their own to take a 3–2 advantage and set the tone for a night of constant lead changes. “They had beaten UC Davis earlier this season, so we knew they had some weapons,” senior two-meter player Matt Michalko said. “They get a couple counterattacks early on, and they make it a ball game. Next time we’ll have to come out stronger from the get-go.” The Tritons would respond with a pair of scores from senior utilities Josh Stiling and Luca De Vivo to give UCSD a 4–3 lead at the end of the half. The third period extended the back-and-forth tempo between both squads. Senior utility Lukas Syka tallied the first goal of the second half, but the Lancers knotted the game up at five with two goals of their own. Michalko came through in the clutch late in the third quarter, scoring what would be the game-winning goal to give the Tritons a 7–6 edge. Michalko would net two more goals in the fourth quarter, as UCSD continued to fight off the Lancers in the remaining frame. While the Lancers climbed back from a three-goal deficit to bring the match to a tight 10–9 score, the Tritons put the match away with two late goals. The Tritons appeared to have trouble from poor shots, garnering a narrow win despite outshooting the Lancers by a wide margin. “We made too many mistakes to even tabulate at this moment,” Harper said. “It was a struggle. With that being said, Cal Baptist is a good team. I wouldn’t be surprised at all if they make it to the finals of our [postseason] conference tournament.” Michalko, Stiling and De Vivo all finished with a hat trick each. Meanwhile senior goalkeeper Cameron Ravanbach tallied six saves in the cage. With the victory, the Tritons defended their superior status in the WWPA and kept their league record untainted while CBU fell to 1–2 in conference play. UCSD now heads back on the road, taking on No. 16 Loyola Marymount University on Oct. 25. The Tritons, who just recently hosted and defeated LMU 7–2, will look to maintain their stellar national ranking. “I think we should have a full week of training before we have to travel and play at LMU,” Harper said. “We’ll recover from this. There’s a lot of things we can learn from this.”