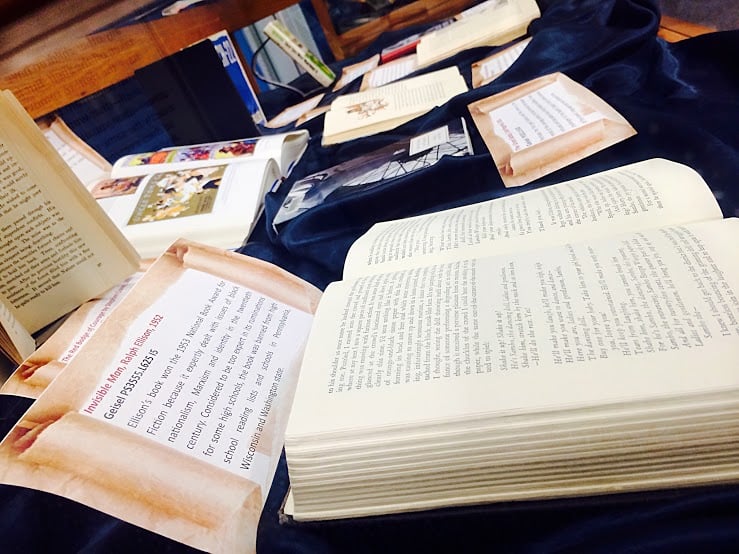 Book banning is still a pertinent issue and is not simply buried in the annals of history, as literary classics such as Toni Morrison’s “Beloved” and Harper Lee’s “To Kill a Mockingbird” are still frequently challenged today. This week, UCSD Library is bringing the American Library Association’s National Banned Books Week to campus with a readout event and film screening.

Business Librarian Adele Barsh is organizing this first ever readout event in front of Geisel Library on Oct. 1 from 11:30 a.m. to 2 p.m. A screening of the film adaptation of Ray Bradbury’s “Fahrenheit 451” will also take place tomorrow at 5:30 p.m. in the Seuss Room in the Geisel Library. Free copies of the book will be provided to those in attendance.

The readout event in particular was inspired by UCSD librarian Alanna Aiko Moore’s experiences in similar events held by other libraries. The readout will consist of students and faculty reading excerpts from their favorite banned and challenged books and explaining why they chose those books. These books have been challenged by community members or banned legally for being deemed “obscene or libelous.” The Library will provide some banned books on site for people to readout, though independent suggestions are welcome.

“There’s a critical mass of people who get together across the country in different types of libraries that do this sort of readout to commemorate [the importance of] access to this kind of information,” Barsh said. “We want to reiterate that we are in favor of access to offensive information and offensive viewpoints.”

Students and faculty can sign up in advance for a specific time slot on the Library Banned Books Week event website or submit videos of their readouts through the site if they cannot attend. Barsh also ensures that there will be whiteboards available for students to write down their thoughts and discuss the issues of intellectual freedom without the pressures of public speaking.

Geisel Library will also host a number of exhibits that touch on the history of banning books and some notable examples, including challenged graphic novels and banned books that have been converted to movies. These can be found in the 2nd floor West Wing until the end of October. The Biomedical Library will also carry an exhibit on the issue of censorship.

According to Barsh, public and school libraries are subject to more challenges from taxpayers and concerned parents than are academic libraries such as UCSD Library that have a tradition of protecting various voices and viewpoints.

Barsh first encountered challenged books in junior high, when she went to the library and checked out “Go Ask Alice” by Anonymous, a 70s coming of age novel dealing with the “deep and dark issues” of suicide and overdose. When she found out the book was being challenged and that the librarian was considering removing it from the collection, Barsh couldn’t help but question the mentality of book banners.

“[After reading the book] I couldn’t believe why would people want to censor this,” Barsh said. “I thought I could handle it. I thought, ‘Why would you think I couldn’t handle this?’”

Barsh now sees book banning and censorship as a cycle of controversial issues through the decades. Though American readers are not as scandalized by homosexual imagery, war imagery and even vampires as they were in the early 1900s, she notes that there are new issues such as American foreign policy and political views that strike a sensitive nerve in the public.

As a librarian, Barsh acknowledges the complexity in providing intellectual freedom, especially when building book collections.

“A lot of times, we want to look at [developing collections] as black and white and to try to find the right way to do things,” Barsh said. “But in terms of making information available, there is a lot of grey area and a lot of complexity in our world. We need to build our collection and make things available so we can reflect that. That way, students, faculty and researchers have access to everything to grow and progress and thrive as an educational institution.”