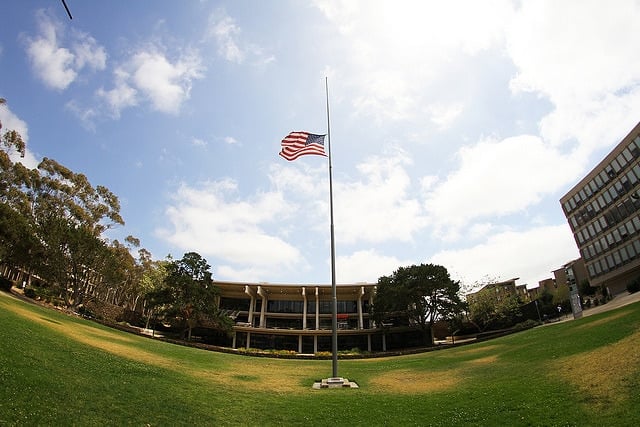 Ricky Ambriz, a junior in Revelle College, was taken to Scripps Memorial Hospital where he was pronounced deceased early Saturday.

Revelle College junior Ricardo “Ricky” Delgado Ambriz died at approximately 2:30 a.m. on the morning of Saturday, May 17, according to an official notification of student death emailed to Chancellor Pradeep Khosla, which the UCSD Guardian obtained Monday afternoon.

The email, which Khosla received from Interim Vice Chancellor of Student Affairs Alan Houston, stated that Houston’s office was notified of the death sometime on Saturday. The email to Khosla did not identify a cause of death for Ambriz. According to Jeff Gattas, executive director of university communications and public affairs at UCSD, the official notification would be sent to a larger list of staff at the school.

A statement by Khosla released through the UCSD News Center Monday afternoon said that Ambriz was a computer science major and was highly involved in the UCSD community.

“[Ambriz] was active in our student community as a member of Phi Iota Alpha fraternity and MEChA,” Khosla’s statement read. “He was involved with OASIS and graduated from UC San Diego’s Summer Bridge program [and] worked in the Climate, Atmospheric Science and Physical Oceanography business office at Scripps Institution of Oceanography.”

Revelle Council President Soren Nelson, who learned of the death early Saturday morning, said in an interview with the Guardian that he and fellow councilmembers were shocked and devastated to learn of Ambriz’s death.

Nelson added that he was blown away by the support shown by the Revelle staff in light of the tragedy. However, he said he was upset by the lack of a response from upper UCSD administration, including Khosla.

“I think [the death is] a good example of how out of touch with the needs of our community our chancellor is,” Nelson said. “From our understanding, he was not at the [Sun God] Festival, and the official report did not come out until today. Our chancellor is missing in action.”

An email sent to members of the A.S. Council listserv earlier on Monday from Associated Students director Heather Belk stated that a male Revelle College student who lived in the Village had died early Saturday. The email did not mention Ambriz by name.

“I have a heavy heart as I write to inform you that a UCSD student passed away early Saturday morning,” Belk wrote in the email. “He was a Revelle College student living at the Village, and a member of several involvement communities here on campus.”

Belk could not be reached for comment as of Monday afternoon.

A 1:23 a.m. entry in the May 17 UCSD Police Department logs listed that a student was found unresponsive in the Village East Building 1 and transported to Scripps Memorial Hospital, where he was pronounced deceased. The The San Diego County Medical Examiner has not released any record of Ambriz’s death.

Users on Reddit and Facebook — some who claimed to have known Ambriz personally — had speculated that the cause of Ambriz’s death was connected to the Sun God Festival, which took place Friday, May 16. However, the official cause of death and any possible relation to the festival are still unknown.

“I think that it’s really easy to make this about Sun God [Festival] and say, ‘Oh this means there won’t be any more Sun God,’ and I think that’s the most disrespectful approach we can take,” Nelson  said. “This is about losing a student and the effect it has on the family and our community.”

Nelson also said that Revelle College Provost Paul Yu ordered the flag in Revelle Plaza to be lowered at half-mast this Monday morning.

According to Houston’s email, Ambriz is survived by his parents, Bonifacio and Maria Ambriz. A fund to cover funeral expenses, set up by a user named Daniel Ambriz, was launched via online fundraising website YouCaring.org late Saturday night.

“[Ambriz] will be remembered as a funny and cheerful guy,” the description on YouCaring.org read. “My sincere condolences to his family, Phi Iota Alpha Brothers and his girlfriend.”

At press time, the fundraising campaign had raised over $3,000.

UPDATE: The May 17 UCSD Police Department police report for

CORRECTION: An earlier version of this article implied that A.S. director Heather Belk had written in an email that Ambriz died in his sleep. Belk’s email only said that the student had died early Saturday.

Earlier articles and an earlier version of this article used reports from sources who spoke on condition of anonymity. The Guardian has chosen to retract the anonymous sources’ comments, including a statement that Ambriz died in his sleep, due to a lack of supporting evidence and information.