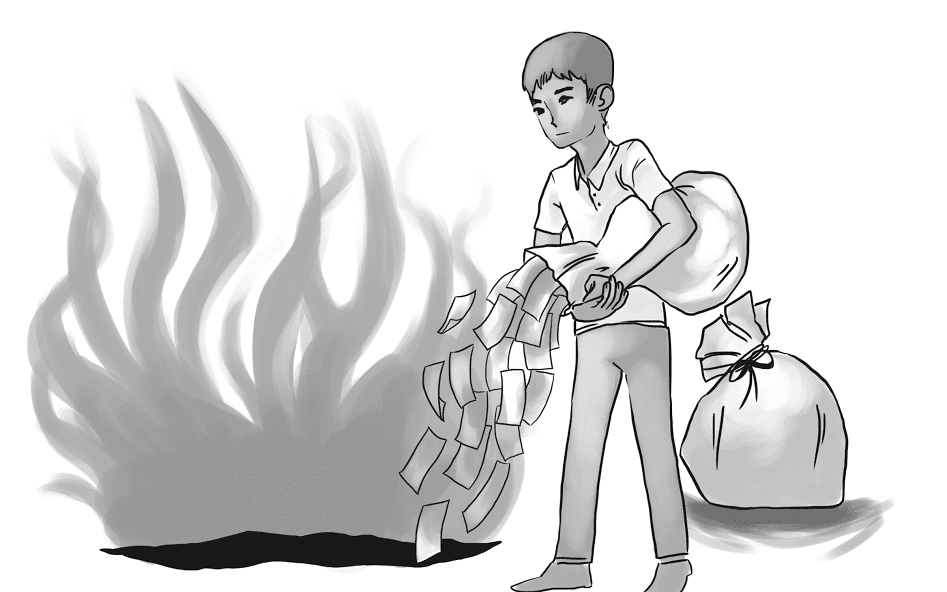 The Che Cafe has spent the last couple of years in a sort of limbo while its financial status was under review, and the student-run cooperative building may be shut down for the next year until necessary repairs to the building are made. Unfortunately, the uncertainty surrounding the venue’s future has been due to the cooperative’s reputation among university planners as a money pit consistently plagued with safety issues. Hopefully, if University Centers decides to pour nearly a million dollars of student fee money into renovations, the establishment can also get the smart fiscal management that it needs to stay open.

It’s particularly sad that a building with such historical value on our campus may be forced to close its doors after so many years, but there’s no avoiding all the upgrades that are required for it to even be usable. According to the University Centers Advisory Board’s report, the cafe still requires several renovations to maintain active use of the facility, such as updating restrooms that have exceeded life cycle, as well as sprinkler and alarms systems in event of a fire. Ultimately, the safety of UCSD students and affiliates should always come first, regardless of the establishment’s rich history. Because of these potential hazards, closing down the building is not only a sensible decision but a necessary one.

The spate of safety problems, coupled with the cafe’s inability to even pay reasonable rent, makes us question the competence of the venue’s management. The first step to putting the Che Cafe back on its feet is getting enough attendance to generate revenue, but that hasn’t happened. Unfortunately for the co-op, a University Centers campus survey indicated that 77 percent of students consider the cafe a low priority venue on campus, while 83 percent stated that they never attend Che events. With this apparent lack of patronage and no visible effort on the part of the management to generate any, it’s no surprise that the Cafe can’t generate sufficient cash. Moreover, without greater student involvement, the prospect of spending so much on the Cafe’s renovation does not seem like it’s in the students’ best interest.

Many students also don’t realize that the money being spent on the cafe’s renovation comes directly from student fees; in other words, we are collectively pouring almost one million dollars of our money into repairing a cooperative that the vast majority of us don’t even use. Last year, students voted down a referendum that asked for a fee increase of $11 per quarter to go toward necessary renovations for both Price Center and the Old Student Center, which many students use on a daily basis. If we refuse to even spend a few extra dollars per quarter to help support these popular centers and their services, it doesn’t seem reasonable for our fees to go into fixing up something so generally disused.

Exacerbating the monetary problem is that the Che Cafe has been known for hosting several concerts and gigs at exorbitantly low cost to attendees. While, of course, we’re all for the idea of student-run collectives providing competitively priced goods and services, it doesn’t seem like a good strategy in the midst of such pressing financial problems — particularly when this translates into ignoring rent obligations. At the end of the day, students will end up shouldering the burden of repairs and upgrades in order to keep the Che afloat, and if financial management does not improve, we don’t want to spend such princely sums on a place that’s likely to stay in the red indefinitely.

Ultimately, drastic changes must be implemented if the cafe plans on keeping its doors open. From a fiscal standpoint, the cooperative continues to struggle and has even had to give up its non-profit status along the way. If the Che Cafe wishes to remain a successful co-op on campus and avoid potentially being replaced by another venue, the management will need to take responsibility to keep the co-op sustainable both in terms of the building’s safety and budget.

We understand just as well as anyone the difficulties associated with maintaining a profitable student-run organization, but students cannot afford to simply throw money at the cooperative to support it.

If the Che Cafe building is to reopen after future renovations, the management will need to focus on covering its own expenses. We unequivocally support the Che Cafe and its efforts to provide low-cost, if not cost-free, events and services for the UCSD community. However, safety, sustainability and fiscal responsibility must remain priorities after the renovation, whether or not the Che Cafe is able to stay intact.

CORRECTION: The article previously stated that “the cafe was under threat of closure from the fire marshal if necessary upgrades, such as fire alarms and sprinklers, were not made.” The establishment received a .52 score based on the Facility Condition Needs Index scale of .1 being excellent to .6 being replacement necessary. The establishment had “highly recommended” upgrades, but not under threat of closure. Information from the University Centers Advisory Board Facility Report.