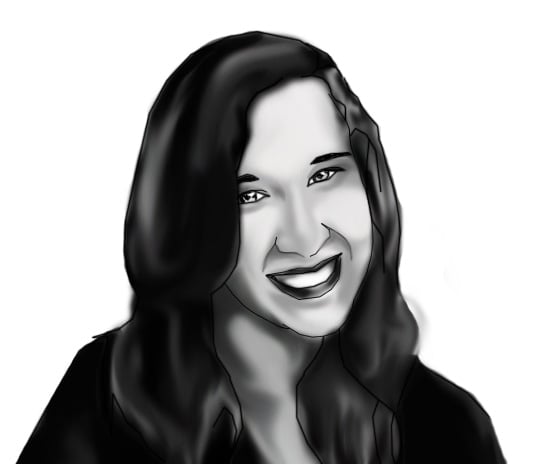 I arrived on campus four years ago knowing I would work for the school newspaper. There was no other way around my youthful eagerness and tenacity for all things journalism.

I picked up a copy of the UCSD Guardian, covered in atrocious, orange spot color, and saw a house ad that screamed “GET PAID TO WRITE” in a font that was most likely some derivative of Helvetica. “Get paid?” I thought. “I’d do that for free!” And it wasn’t long before the Guardian’s budget crisis really did mean we had to all work for free, but with the exception of a few, money-hungry randoms, none of us cared. The Guardian is so much more than a place to pick up a paycheck.

I came into the job of editor-in-chief knowing that I was sacrificing my time, my sanity and probably even my body (those sit ups and lunges we’d try to do during production never quite paid off). And now, with only one issue left I stand before a sea of free time I have not known since 2010, and that is the scariest thing of all. I’ll actually have time to exercise and go grocery shopping? I don’t have to eat Hi Thai twice a week? These are concepts that don’t quite seem plausible to me yet.

As stressful as running a twice-weekly newspaper is, it gave me an immense sense of stability. No matter what happened that week, whatever harsh news we were reporting or shitty day I had, I knew I’d have somewhere to go every Wednesday and Sunday, and when I arrived, there would be a crowd of people as equally passionate for their distaste of the Oxford comma as I. No matter how dorky my interest in grammar was to others, at the Guardian, I was just one of many. And with AP style as just a starting point, I was able to bond with co-workers on ways not possible elsewhere on campus. With the shared interest to produce a quality body of work, we went to work for nearly 13 hours every week, twice a week. And no matter how dark the circles under my eyes were the next day, they got a little lighter when I got to pick up a fresh copy on stands on my way to a class.

Although the Guardian has shown a lot of us our breaking points (ever so clearly, mine is rearranged furniture and too many “that’s what she said” jokes), it has given us the privilege of a lifetime to express ourselves in the time when we needed to most. It has given me sleepless nights from wondering whether I sent the right PDF to the printer and the best sleeps of my life via pure exhaustion, but I’m so thrilled to pass the torch onto so many capable, young journalists. Zev, although your middle school humor is often the most highlighted aspect of your personality, it never manages to outshine your talent, devotion and vast knowledge of all things UCSD. You started as “that tall Jewish boy” and you’re ending as our fearless leader. Don’t be afraid to take chances or gain a coffee dependency during your editorship. It’s for the best.