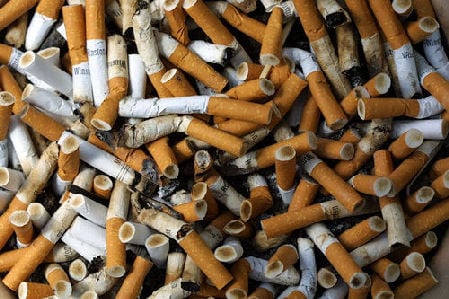 UCSD researchers find that smokers may be understating their smoking habits

Researchers at UCSD Medical School reported that the approximately 400,000 of adults living in California who smoke cigarettes do not consider themselves “smokers.” The number, which represents 12.3 percent of active smokers in the state, was published alongside other research findings in Tobacco Control on Feb. 5.

Increased stigma regarding smoking cigarettes seems to play a factor in a person labeling themselves a “smoker,” which makes the number of people who actually smoke seem to decrease.

The research noted that the “non-identifying smokers” were divided into two groups: persons who justified their smoking on social situations and drinking, stating they could quit at any time, and older persons who smoke daily and may be dealing with nicotine addictions. The second group was further described as persons who may be embarrassed after trying multiple times to quit or have dealt with health repercussions from their smoking.

“We hope that [our research] will be instrumental in informing individuals who smoke that they may be downplaying the significance of their smoking behavior,” UCSD Department of Family and Preventive Medicine graduate student Eric Leas said.

The researchers at UCSD Medical School utilized cross-sectional analysis from the 2011 California Longitudinal Smokers Survey. Participants in the CLSS include individuals who smoked at least 100 cigarettes in their life, smoked at least once in the 30 days preceding their interview or currently smoked for at least “some days.”
The research concluded that an increased selection criteria may help studies in high stigma areas account for non-identifying smokers.

Both UCSD and SDSU have become smoke-free campuses during the 2013–14 academic year, along with a UC-wide ban and, as a result, may experience a higher influx of students who smoke cigarettes identifying as a non-smoker.

“Future sociological and cultural studies are needed to understand how individuals relate with their smoking behavior, how society views individuals who smoke and how these factors can affect self-identification,” Leas said.