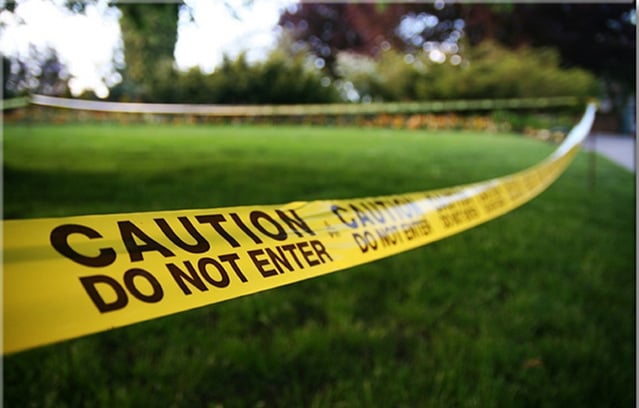 Recent outbreaks of crime at schools nationwide and at UCSD prompt a look at the influence and effectiveness of general campus security.

Given the alarming series of recent school shootings across the nation, the issue of campus safety has become widespread. Last month alone — over the course of 19 days — no fewer than 11 active shooting incidents — or active engagements in killing or attempting to kill people in enclosed and populated spaces — took place on or near American high school and college campuses between Jan. 9 and Jan. 28. These incidents resulted in two fatalities and injured at least 11 students, as reported by The Wire on Jan. 28. Despite the increased safety measures — more metal detectors, surveillance cameras and fences — that many U.S. schools adopted in response to the massacre at Connecticut’s Sandy Hook Elementary School in December 2012, our nation has not seen a decline in gun violence on school grounds, according to the Associated Press.

With this troubling rate of school shootings and an estimate of about 500 violent deaths associated with U.S. schools in the last 20 years, according to Ronald Stephens, executive director of the National School Safety Center, promoting security on campuses nationwide — UCSD included — remains crucial.
UCSD students have received an influx of timely warnings from the UCSD Police Department since the end of last quarter. The most recent notice — issued Feb. 3 — detailed a report of an armed robbery in a parking lot adjacent to the Spanos Athletic Field that occurred on Feb. 2. Prior notices from this school year disclosed reports of an assault with a deadly weapon by Center Hall on Dec. 2, a suspicious death near Birch Aquarium on Jan. 13 and a sexual assault in the Warren residential area on Jan. 23.

In the face of a variety of dangerous crimes, the UCSD Police Department insists that crime rates have not changed for the worse and that UCSD remains a safe campus.
“Despite this cluster of notifications, we want to assure you that UC San Diego remains a safe place to learn, work and live,” the UCSD Police Department said in a statement to the Guardian. “Crime statistics show that non-drug and alcohol-related offenses have held relatively steady over the last three years with no significant change.”

Though UCSD’s 2013 Annual Security Report reveals fairly consistent crime trends — with the exception of significant increases in reported accounts of drug and liquor law discipline from 2010 to 2012 — the UCSD Police Department emphasized a need to encourage a collaborative effort among all community members to boost campus security.

“We encourage everyone to take responsibility for their own safety and, when possible, assist others,” the statement said. “Always use common sense, be proactive and take precautions.”

SDSU Public Information Officer Joshua Mays, who said that the SDSU campus, similarly, has not experienced any significant change in crime trends over the past five years, also believes that safety is the responsibility of everyone, not just the police officers.

“We lean on the community to report suspicious activity and crime to the police department,” Mays said. “Our campus is in a very urban, busy part of the city of San Diego and ‘securing’ the campus is virtually impossible.”

For 2011, the San Diego Police Department reported a rate of 1.33 violent crimes per 1,000 residents in La Jolla, which was significantly smaller than the national average of 22.5 violent crimes per 1,000 residents that same year, according to the U.S. Department of Justice. Though UCSD resides in the affluent and generally peaceful community of La Jolla, some students, considering the recent outbreaks of crime, still worry about their safety on campus.

The UCSD Police Department and the Sexual Assault and Violence Prevention Resource Center, or SARC, have coordinated Annual Lighting Survey Walks to evaluate dark areas and points of concern. Representatives from various university departments have participated, walking throughout the campus to identify issues, for the past 20 years. Though identified lighting and safety issues are routinely reported to Facilities Management, a stabbing last quarter, which took place in an unlit section of Library Walk, indicates that poor lighting is still a pervasive issue that contributes to feelings of fear and insecurity on campus.

“I rarely feel safe at night because of the lighting issues,” UCSD student Hannah Ingersoll commented on the UCSD Guardian Facebook page in response to a Dec. 2 post about campus safety. “I mean, the forests are pitch black.”

While reported cases of burglary and motor vehicle theft on campus have gradually decreased from 2010 to 2012, according to the Annual Security Report, there has been a rise in reports of aggravated assault from two in 2010 to 11 in 2012 and a relatively constant trend of reported sex offenses at UCSD.

But data shows that whether or not college campuses are effectively addressing and responding accordingly to reports of sexual violence is questionable. The U.S. Department of Education’s Office of Postsecondary Education has reported a clear rise in forcible sexual assaults since 2010. However, statistics from the U.S. Department of Education’s Office for Civil Rights reveal a growing reputation among colleges and universities for allegedly mishandling cases of sexual violence. Complaints filed against institutions of higher education for violating federal anti-sex discrimination law Title IX of the Education Amendments of 1972 in addressing these cases have risen from 17 in 2012 to 30 in 2013, according to The Huffington Post. The Huffington Post reported that almost two dozen schools are under investigation, at least 11 in response to complaints filed by students, faculty and alumni.

To target the root of ongoing cases like these, UCSD advocates preventive measures through multiple departments that aim to educate our campus about safety and crime, such as SARC, the Office of Student Conduct and the Women’s Center.

“SARC is dedicated to [creating] a safe and respectful community that does not tolerate sexual assault, relationship violence and stalking,” UCSD Communication and Public Affairs Assistant Manager Christine Clark said in a statement to the Guardian.

In 2011, SARC launched a campaign called “Every Little BIT Counts…It Starts With You” in order to publicize bystander intervention strategies.

“Bystander intervention is when one person chooses to speak up, step in or engage others to help when witnessing uncomfortable situations,” Clark stated.

The ongoing campaign offers workshops to teach students about the UCSD Bystander Intervention Model, which promotes active participation in mitigating dangerous situations. Though the focus of the campaign is violence prevention, SARC Director Nancy Wahlig believes the BIT model can be applied to situations concerning racism, homophobia, hazing, alcohol abuse or students at risk.

SARC is addressing security issues online with a new program titled “Who’s Checking You In/Out?” The campaign leaders hope to reduce students’ risk of cyberstalking and increase awareness of online safety through in-person educational workshops and their online “Ollie Hoo” avatar — an owl that serves as the face of the campaign while regularly tweeting advice about online safety. SARC has integrated this program into freshman orientations beginning this school year.

Campaigns and programs like these may represent proactive steps towards preventing crime. But even though there is no clear path to stopping crime, the UCSD Police Department has not reported any proposals for implementing new safety measures in response to the recent national events and incidents on campus.

“I think that’s one of the major problems,” Stephens said in an interview with the Associated Press. “There are [no] easy answers. A line I often use is ‘Do everything you can, knowing you can’t do everything.’”