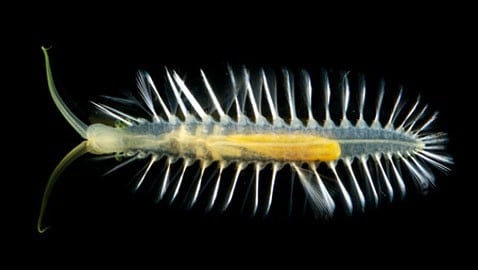 Scientists at the Scripps Institution of Oceanography Marine Biology Research Division published findings last week on the Chaetopterus, a marine worm that possesses bioluminescent qualities. The glowing properties of Chaetopterus — also known as a parchment worm — are direct results of the mucus that it secretes and may provide insight into developing biotechnological methods for producing light.

For the last 50 years, scientists have overlooked the peculiar qualities of the Chaetopterus. However, with their recent findings published in the journal, Physiological and Biochemical Zoology, they are aiming to usher in more research opportunities for scientists who desire to understand the unique properties behind this marine worm.
“We have a diversity of people involved,” Scripps Associate Research Scientist Dimitri Deheyn said. “We are able to span the whole range of academic levels.”

Initial experiments began with the harvesting of marine worms from the La Jolla submarine canyon. From there, they were transported to a laboratory setting where scientists worked to identify the unique characteristics of the marine worm. They discovered that the Chaetopterus produces a long glow of blue light in the absence of oxygen — a phenomenon that is rare in bioluminescent species, which are organisms that can naturally produce light. These worms differ from other underwater bioluminescent organisms that produce short flashes of light in the green spectrum that can often be seen in shallow coastal environments.

“The fact that the light is produced as a long glow without direct oxygen consumption is attractive for a range of future biotechnological applications,” Deheyn said in a press release conducted by the Scripps Institution of Oceanography. “We are motivated to look to nature to find organisms that produce novel light.”

In another study, the team of researchers found that riboflavin, a common dietary supplement, is a main component in the mucus that is secreted. Scientists note that the worms do not produce riboflavin on their own; rather, the worm acquires vitamin B2 through their food source. They speculate that riboflavin and other related compounds serve as the emitter in the worm’s light producing reaction.

In the future, scientists plan to expand their research to further identify how these different compounds work together make light. Researchers plan to test whether the compounds require a certain ratio, pH or ion to create visible blue light.
Deheyn hopes his research will provide opportunities for students to explore and be involved in the research of unknown marine species.

“The outcome of our research is attractive in a sense that not many people work with luminescent worms,” Deheyn said. “We are opening the door to work with weird animals.”