On April 27, 2019, UC San Diego celebrated its 37th Sun God Festival. Showcasing five artists (who all actually showed up), a 51-foot water slide, a silent disco, food trucks, and infinite spots prime for Insta-worthy shots, not even the clouds could dim this Sun God.

Reigning from Long Beach, headliner Vince Staples kicked off his set with the infectious chorus and commercial sound of “Feels Like Summer,” the opening track from his latest album, FM!. As the crowd cheered and applauded for this highly anticipated performance, Staples took a breath from his orange inhaler, which he would use multiple times throughout the set to help with his asthma. Staples delivered a consistent and high-energy performance. The hour-long set was packed with 17 songs, ranging from multiple projects within his discography. Energy pulsated through the crowd as mosh pits formed and stomping bass shook the ground. His more radio-friendly songs, like “Fun!” and “Run the Bands” had the audience dancing and bopping along to the more laid back and synth melodies. Each song was accompanied by eclectic visuals displayed on a screen. Ranging from marine life to robberies, the visuals were carefully curated, each relating to the themes or lyrics that Staples espoused, no matter how dark some of these themes were. Staples’ ability to balance dark messages of state-sanctioned violence or suicide with humor and electronic beats is what has earned him the spot of one of the biggest names in hip-hop today. Staples sprinkled between the songs advice on college and life, encouraging audience members to stay in school and study hard. He even jokingly proposed a potential job offer, saying that if any students should become lawyers, that he would most likely need legal assistance in the future. Staples ended his set with “Yeah Right,” a song most audience members recognized and sang along with. Its catchy chorus, hard-hitting bass, and industrial sound was a perfect way to close out Sun God Festival 2019. Overall, Vince Staples delivered an explosive performance, giving Sun God attendees a glimpse into his lived experiences from the violent streets of Long Beach but also his chill personality and sense of humor.

The second-to-last set of the day was famed emo-mumble rapper Joji, formerly known as Filthy Frank. The man stumbled onto the stage as though he had just rolled out of bed, as reflected both in his outfit (a night robe over sweats) and the rough start to the set. Technical difficulties riddled the beginning of the performance, but once the sound finally kicked in, the show went off. Images of cathartic decay from fire illuminated the screens behind him, underscoring the self-defeatist attitudes of the lovesick lyrics. What seemed like a couple dozen handstands and exclamations of “unblock me, b—-” later, the man busted out “Slow Dancing In the Dark,” his magnum opus of sad boys everywhere. Sleepy, morose, and oddly awkward, the set reflected everything that the artist is known for down to a tee.

One of Sun God Festival’s definite highlights was Hayley Kiyoko, “Lesbian Jesus” herself. Beginning her set by declaring her intent to “sing some songs about girls,” she delivered with favorites like “Girls Like Girls,” “Sleepover,” and “Curious.” Kiyoko’s baggy prints, thrusting hips, and meaningful looks into the audience resulted in her spending the second half of the set dodging stray bras thrown by girls pushing their way to the front of the stage. Hardly shy, she took her admirers in stride, and her interactions with the audience were characteristically genuine and sweet, always encouraging her listeners to be their best selves. Loud, pop-y, and lovesick, the set was everything you could hope for from a Hayley Kiyoko performance, and unlike many of the artists, she did much more than stand in one place. Other than her signature pride flag waving, she danced her way through most of the instrumentals — and even played guitar and drums at points. No matter what she did, however innocuous, the crowd went wild. With her devoted following, it’s not hard to see how she earned her nickname.

Following Hunny’s performance, Whipped Cream (Caroline Cecil) came onto the stage sporting a pink scrunchie and all-white outfit, ready to pump up the crowd as the second act in Sun God’s lineup. However, with the exception of a few energetic individuals, she drew a relatively small crowd that grew only slightly in size as her performance progressed. Whipped Cream would occasionally shout for people to make some noise, but was often greeted with a low response. Despite the low energy present in the audience, she enthusiastically began her set with a remix of “Bodak Yellow” by Cardi B, and played several other remixes from the songs “Crank that” by Soulja Boy, “Look at Me” by XXXTentacion, “Thotiana” by Blueface, Kanye West’s “Stronger,” “Sicko Mode” by Travis Scott, Kendrick Lamar’s “Humble,” “In My Feelings” by Drake, and “Slide” by Calvin Harris. The transitions between each song often seemed awkward and abrupt, disturbing the natural flow of the tune and rhythm. For example, the “In My Feelings” remix transitioned to a sudden classical music piece which was then interrupted by a new trap beat. Additionally, the changeover from “Humble” to “Slide” did not flow naturally as there was no connecting beat that tied them together but rather, seemed to be mashed next to each other in the set song order. In spite of the effort clearly displayed by Whipped Cream, the overall execution of her set, as well as the poor reaction from the crowd, resulted in a performance that largely greyed in comparison to the other artists.

It’s tricky being the first set at Sun God Festival — most students don’t arrive until halfway through, caring more about the headliner than the first few openers. Despite a modest crowd, HUNNY didn’t let this affect its performance; the group played with the nonchalance and ease of a typical indie group, casually stating, “Here’s music that we wrote and that we learned how to play.” And the trio did just that. From the get go, HUNNY’s infectious and energetic brand of indie rock had both fans and casual listeners hopping on their feet and bobbing their heads. Older tracks like “Gilding the Lily” and “Televised” inspired cheerful claps to drum beats, whereas new songs like “Lula, I’m Not Mad” and “Rebel Red” showed more of a surf rock vibe than HUNNY’s typical indie coolness. But, the clear highlight of the set appeared at the very end with “Vowels,” an angsty anthem met with plenty of hyped cheers and screams to a chorus composed of the letters “A, E, I, O, U.” In the midst of holding a note, lead singer Jason Yarger wandered off stage into the field, traveling so far he wondered out loud, “Wait, where am I?” The set ended with Yerger sauntering back on stage and announcing a meet and greet in half an hour. In just forty minutes, HUNNY played a fantastically fun set — if only more people had seen it.

Towering over the entire RIMAC Field, the enormous inflatable water slide would catch your eye as soon as you walked into the event. The line to go down the slide was never too long, most likely because people either didn’t want to get their trendy festival clothes soaked or they were put off by how menacingly tall the slide was. Several cubbies were provided for storing valuables before going on the slide, making the experience much more convenient and accessible for people who may not have had someone to watch over their things. After stowing your belongings, you were given two different slide experiences to choose from: a more typical water slide path with a smooth angle downwards and one that essentially had a 90-degree drop. Although the smoother slide appeared safer to those afraid of the steeper course, it definitely left its mark on your skin. Even after being sprayed down by water to reduce the friction on your back, you were bound to get some slide burns going down. Oddly enough, the basically 90-degree slide was much less abrasive and a more pleasant experience, but it was admittedly difficult for many people to get past the idea of jumping straight down into the inflatable. While not an incredibly popular venue among Sun God-goers, the water slide was a surprisingly fun and simple way to cool down during the festival, especially while waiting for your favorite artist to go on stage. Hopefully, the slide burn didn’t make people too uncomfortable for the rest of the day.

A silent disco can seem absurd at first glance. If a casual observer without headphones were to walk into one, they would see a crowd of sweaty twenty-somethings dancing in silence. Still, there’s a reason they keep popping up all over the place — they’re pretty fun. If you haven’t been to a silent disco, its premise is fairly straightforward. Everyone enters a silent room (or in the case of Sun God, a mostly-silent tent), puts on wireless headphones tuned to a couple different music stations, and dances with their friends to their heart’s content. For 2019’s Sun God Festival, attendees had the option to listen to three different stations: Top 40, Latin, and K-pop. It proved an especially fitting activity for a music festival, entertaining students between performer sets or offering an alternative for students who didn’t want to listen to the main performers but still wanted to dance to music. Unlike the lines for vendors, the line for the silent disco tent never got too long or unwieldy. There always seemed to be more than enough headphones to give out and enough room to welcome plenty of people, even during its busiest moments. In the case of this year’s silent disco, silence really was golden. 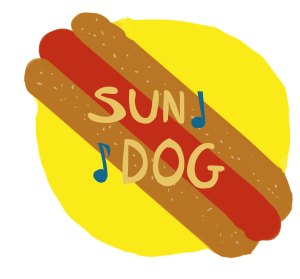 This year’s Sun God featured a variety of food and drink options for breaks in between sets. Its wide range of sponsors provided free Yerba Mates, Rxbars, Lacroix, and other teas and drinks. For a more substantial bite, Sambazon came with their refreshing acai bowls, and Tasty Bite, boasting the longest line of all, served their nachos. A range of food trucks lined the west side of the field, with trucks such as Mangia Mangia Mobile offering classic Italian bites and Zs Buddies Sushi providing a number of different sushi rolls. Ding Tea, which just opened a new location in La Jolla, was also there with its decadent boba drinks. Although wait lines could take longer than half an hour, there was much to appreciate in the wide variety of free food and drink options. 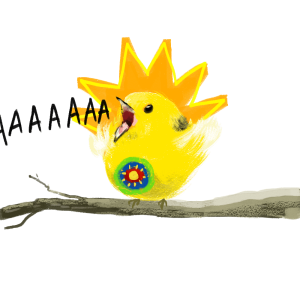 If there was one dark spot of Sun God Festival, it was the security system. Not only was it incredibly ineffective at keeping prohibited substances out of the festival, but it also ironically required people to toss out innocuous and sometimes necessary items in the name of “public safety.” For instance, one student witnessed another student forced to trash their over-the-counter allergy medication prior to entering the festival because the medication did not require a prescription. Additionally, the security guards at the metal detectors allowed another student who failed the metal detector several times to just continue into the festival without determining what it was that set the detector off. The security dogs, while admittedly cute, seemed useless at performing their jobs of sniffing out whatever they were trained for. While most festivals have security systems in place, if A.S. Concerts & Events is required to have one, it can at least try to put in more effort in ensuring that the security hired is doing their job correctly and effectively. Otherwise, it might as well spend that money elsewhere.