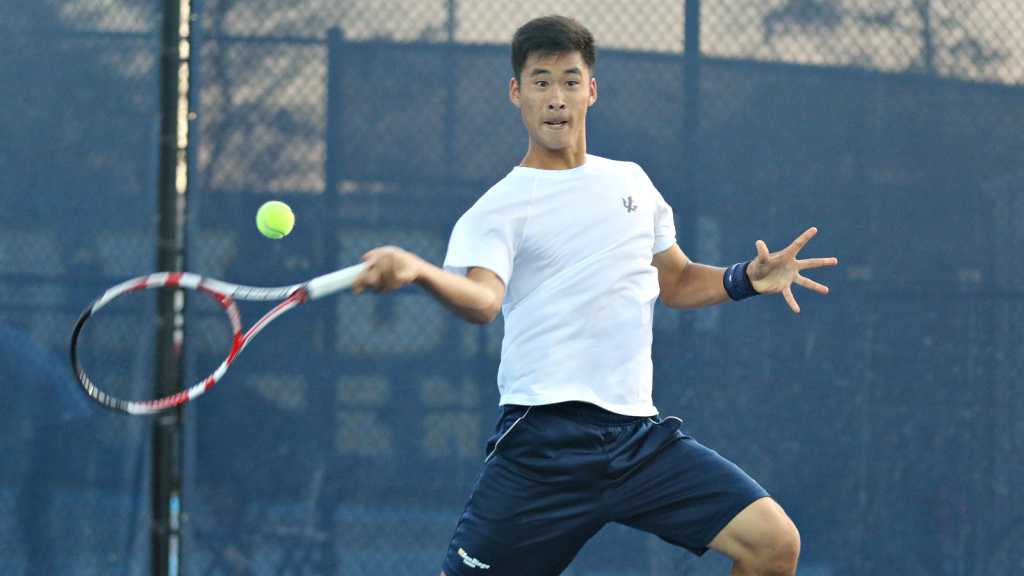 No. 17 UCSD took on Division-I, fourth-ranked UCLA on Thursday at the Sunset Tennis Courts in Los Angeles. The Tritons were overwhelmed by the Bruins’ firepower and fell 7–0. UCSD dropped to 13–8 while the Bruins picked up their 12th straight win and improved to 19–2.

The No. 1 singles was the most disputed match of the day, as Eric Tseng pushed Martin Redlicki of UCLA to the brink of defeat. Tseng lost the first set 6–3, but fought back in the second and evened the game with a 6–3 win. Going up against the 45th player in the nation, Tseng continued to push in the third-set super tiebreaker, but fell just short, 11–13.

UCSD was also defeated at the No. 1 doubles, after Miaule and Porutiu fought tooth and nail against Joseph Di Giulio and Karue Sell. The final score was 6–4.

The Tritons stand at 17th in the nation and No. 2 in the West Region. UCSD has one more regular season game coming up when they host Claremont-Mudd-Scripps on April 30.

UCSD will compete next at the Western Intercollegiate Rowing Association Championships, from April 30 to May 1 at Lake Natoma in Rancho Cordova. The Tritons will try to repeat last season’s exploits when the 2V8 won its grand final.

One thought on “Men’s Tennis goes down at UCLA, Rowing’s 2V8 is Second, V8 finishes Fourth”