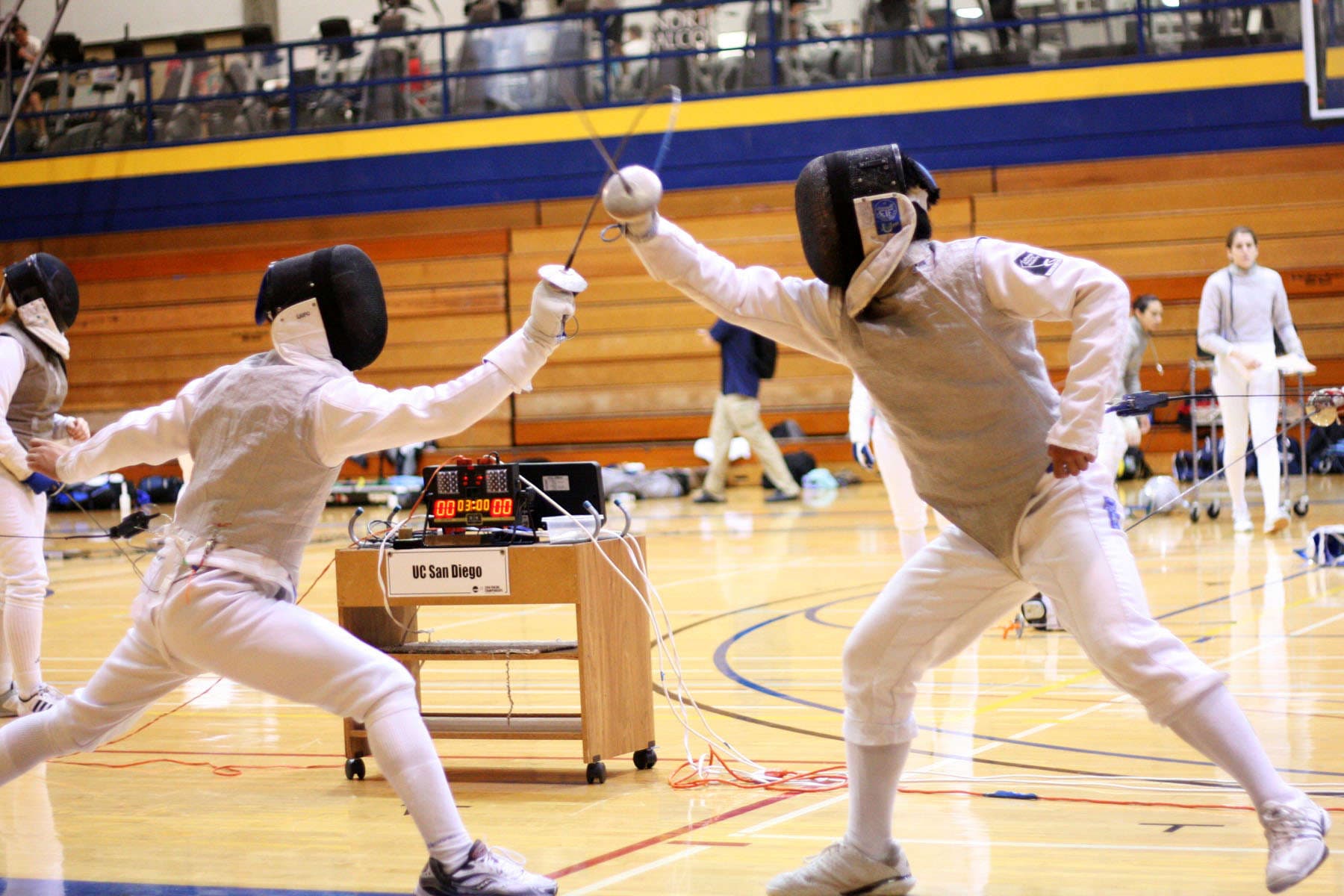 The UCSD men and women’s fencing teams faced off against some of the very best Division-I squads from across the country this past Saturday and Sunday at the Northwestern Duals in Evanston, Illinois.

“We liked that we all got experience and that they were up to the challenge and were able to be exposed to that level of Division-I schools,” UCSD assistant coach Josh Runyan said. “The whole team grew from facing such quality opponents.”

The women’s sabre came out positive with a 67–59 mark, and the epeeists followed suit as they posted up a positive 66–60 mark. However, the foilists fell to a negative overall with a 51–75 mark.

The men’s squad also faced off against formidable opponents with competition including No. 2 Notre Dame, No. 3 Ohio State, No. 7 Princeton and No. 8 Penn. The UCSD men’s squad competed in 12 matches in total and went an even 6–6 over the weekend.

The men’s foil pulled victorious with a 65–43 record, the epee also followed through with a powerful record of 65–44, but the sabre fell with a negative record of 46–62.

Freshman foilist David Hadler had arguably the best weekend of all Tritons as he consistently performed well against higher-ranked teams, posting a 22–5 record in his bouts.

“He is one of these guys who gained experience, and he was able to come out and perform against these top teams,” Runyan told the UCSD Guardian.

Next, the UCSD fencing squads will host the Intercollegiate Fencing Conference of Southern California Duals this Saturday, Feb. 7 beginning at 2:45 p.m.

“We are looking forward to facing Arizona,” Runyan said. “Arizona has a very good team and will be our toughest challenge, but we will be ready for it.”