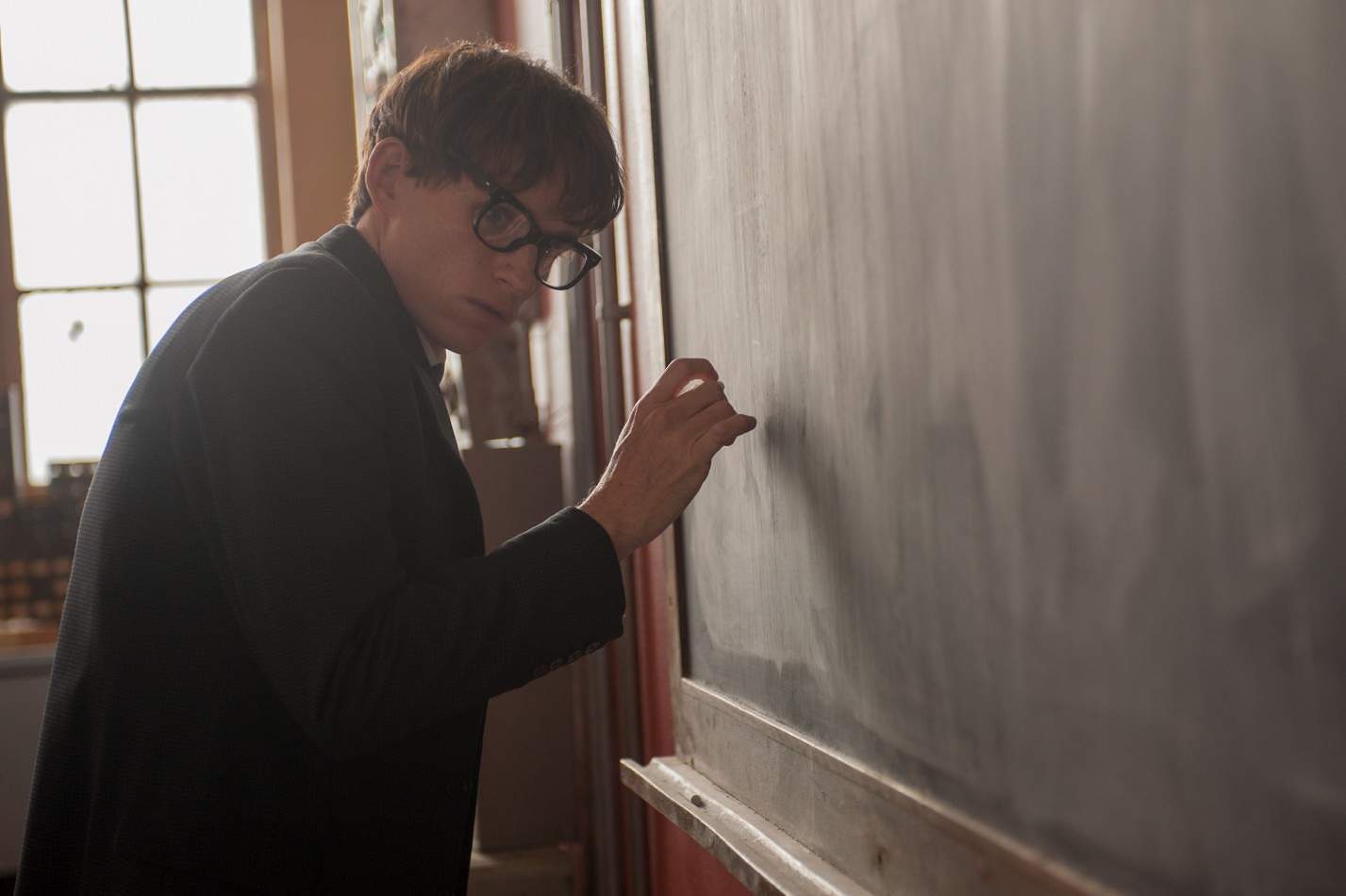 One of the most versatile actors of his age, Eddie Redmayne — along with screenwriter and producer Anthony McCarten — spoke about their Stephen Hawking flick.

Eddie Redmayne seems to have been on the cusp of making it big in the film industry for several years now. Receiving fresh interest after a wonderful performance as Marius Pontmercy in 2012’s adaptation of “Les Miserables,” Redmayne is finally making the massive leap to stardom, taking on the role of famed theoretical physicist and amyotrophic lateral sclerosis sufferer, Stephen Hawking, in a new biopic called “The Theory of Everything.” With Anthony McCarten, screenwriter and novelist of 2011’s superb “Death of a Superhero” in charge of the screenplay and production, the film has already started to receive plenty of Oscar buzz, especially for Redmayne’s performance. The UCSD Guardian caught up with Redmayne and McCarten to talk about this new film based on the memoir of Hawking’s ex-wife, Jane.

Guardian: Anthony, where did your interest in Stephen Hawking’s life come from?

Anthony McCarten: It started in 1998, when I and 10 million others went out and bought his book [“A Brief History of Time”] and tried to read it and understand it. Not many of us got through it and managed to understand everything. It probably goes down in history as one of the great unread books. But what was clear was he was an extraordinary, one-of-a-kind person and his ideas were awakening in a generation who desired to ask the bigger questions: Why are we here, when did the universe begin, what is the nature of time? And nobody had really posed those questions quite so captivatingly at that point.

G: When you met with the Hawkings, how receptive were they, especially Jane?

AM: She was cautious — she viewed me with the correct level of circumspection you should have for anybody showing up at your door saying, “I want to make a movie of your life.” She, however, was very gracious: She invited me in, and I sat in her living room, and I pitched this movie to her. This was in 2004; I’d just read her memoir. It was just one of those moments in my creative life where I thought, This project won’t just come to me. I have to go and get it.” So I went to visit her and she let me in, and at the end of the conversation, she didn’t give me what I wanted, which was to option her book and get the film rights, but she did say, “Look — go write your script. I’ll read it and then we’ll talk again.” And this began a process which went on for another eight years before she finally signed over the rights.

G: Eddie, how did you mentally and physically prepare to take on such a complicated role?

Eddie Redmayne: When I got cast, I basically had four months before filming started. If you’re lucky enough to play somebody like Stephen, I basically tried to immerse myself in all dimensions of his life. So I tried to educate myself on the science in the one sense … but really, learning about ALS was incredibly important, so I went to a neurology clinic … and I would go every week or two over that period and meet with a specialist there and she would introduce me to people there suffering from this really brutal disease … and some of them would invite me to their homes, so you could see not only the physical effects of ALS but also the emotional ones [as well as] the extraordinary humor, the amazing passion for life that many people that suffer from this disease have … So I tried to educate myself on the illness … and then finally it was meeting Stephen and Jane … and Stephen and Jane’s children. That was the last element — that happened just before we started filming. I tried to approach it in a three-dimensional kind of way.

G: What was the best part about shooting in Cambridge, your alma mater?

ER: Oh, it was amazing. It was deepened by the fact that I spent three years of university there when I was younger, and I had the most wonderful time, and it’s just magical. But getting to go back there, when we went to go see Jane and Stephen before we started filming, they live in Cambridge and have for a long, long time and the film feels really part of the fabric about what the university is … When you’re at university, you’re so in the thick of it, and you’re working so hard, that it’s quite difficult sometimes to have a time-out moment. It was only when we were shooting the May ball scene that I looked back and realized what a wonderful time that was.

G: Anthony, what were the most challenging and rewarding experiences you had making this film?

AM: The challenge of making the film was doing justice to this incredible one of a kind love story. It’s an unusual one and it asks the audience to go on a very unusual journey that it’s not used to taking. So it was remarkable to watch [director] James [Marsh] and the actors navigate that, all those challenges. One of the most gratifying things was when we finished making the film, Stephen Hawking came to see it, and when the film finished, he had tears coming down his cheeks. And I was sitting very close to him, and I watched the nurse wipe tears from his cheeks.

G: Was it difficult to include humor in such a serious story?

AM: I try to include humor in all my work because all our lives embody some balance of humor and seriousness. And if you’re going to make anything life-like, you have to have humor in there. Also, Stephen Hawking is a very witty guy with a fantastic sense of humor, so it was incumbent on me to create his on-screen character to make sure there was regular humor in there. And this is one of the great joys of working with this: Some of the humor came from historical fact, and some I created, but I think it was the type of humor Stephen was effortlessly capable of creating.

G: Eddie, how do you feel about all the Oscar buzz you’re receiving?

ER: When both Felicity [Jones] and I were cast in the film, there was a millisecond of euphoria that you’re privileged enough to play this part, but it was also followed by a deep sense of responsibility because ultimately we knew that Jane and Stephen and [the Hawkings’ friend] Jonathan [Hellyer Jones] and the children were going to see the film. It’s their lives — they would be the ultimate in reviewers and so Felicity and I, without realizing it, [had] our shoulders pretty tense and hunched for about seven, eight, nine months. When we finally saw it with Jonathan, and the children saw it, and of course Stephen saw it … for us, that was pretty wonderful of an award and our shoulders could sink and relax a bit. I feel like their story is an extraordinary one, and for the buzz — I’m worked about the term “buzz” because it’s so ephemeral … so I don’t really invest in that really or think about it too much. But if it encourages people to see the film, of course it’s a lovely feeling.