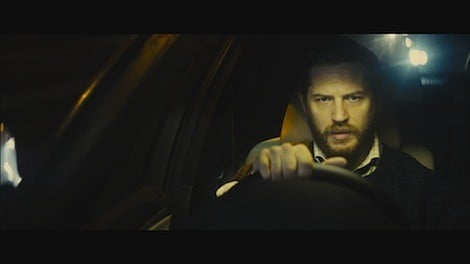 Knight’s real-time drama is as suffocating and truthful as the character it portrays.

Films constantly distort our perception of time. An entire life span develops in 90 minutes; a single cut is enough to transform an instant into decades. Indeed, the collapse of time is what gives fiction its liberating power. Time moves freely through the screen without rules or restrictions. By the time the film rolls, a minute no longer implies 60 seconds — and no longer implies anything. “Locke” does not play this game; rather, it does the opposite. It makes every second painful, heavy and real. Time is felt throughout the film as an oppressive force. We are overwhelmed by its veracity, by the familiarity of it all. “Locke” smothers us in real time.

The night before the biggest project of his professional career, construction manager Ivan Locke (Tom Hardy) receives a phone call. He listens for a few seconds and learns that he is hours away from becoming a father. The child is the product of two bottles of wine at a lonely hotel — Ivan’s only impulsive moment in an otherwise carefully constructed life. What seemed like an impossible decision now appears clearer than ever: The universe may crumble, but he has to get to the hospital to take care of the woman carrying his child. The phone call ends just before the start of the film. By the time “Locke” begins, the call has been made and the decision reached. The climax precedes the film; the rest is only its consequence.

We watch the drama unfold in a series of phone calls. Ivan drives to London as he battles on the phone with his emotional wife and legitimate children, his frantic co-workers and the pregnant woman waiting at the hospital — the woman he hardly knows. Director Steven Knight (“Redemption”) forces us to stay inside the car the entire movie. There is no sight other than Ivan’s eyes and England’s streets. No chances for escape, no place to turn away. The spatial imprisonment is only enhanced by the exasperating nature of time. Knight does not accelerate a thing: Street after street, call after call, second after second, he lets the world fall down patiently into Ivan’s shoulders. Tom Hardy’s performance is more than just convincing — it is an inspiring force. We see a man fighting to do the right thing, a man whose future appears as dark as London’s highway, but he nevertheless has the courage to keep driving. Hardy’s dire expression, as seen from the rearview mirror, tells the true story of the film.

The screenplay is brutally honest. We hear an array of voices on Ivan’s phone, each different and unique but all painfully truthful. We sense the fear in their breathing; we can hear their broken expectations vibrating in the car’s speakers. Haris Zambarloukos’ (“Thor”) minimalist cinematography enables us to digest the energy of the voices. The takes are long and continuous, but the sudden changes in perspective structurally mimic the dialogue’s rhythm. “Locke” portrays a fleeting moment in a person’s life. If it’s the moment that defines him, we’ll never know. The film starts and ends in medias res; it has no beginning nor offers any resolution. It is, as Knight noted in an interview with Collider, just “an ordinary tragedy.”

Perhaps that’s why it hits so hard.

One thought on “Film Review: “Locke””