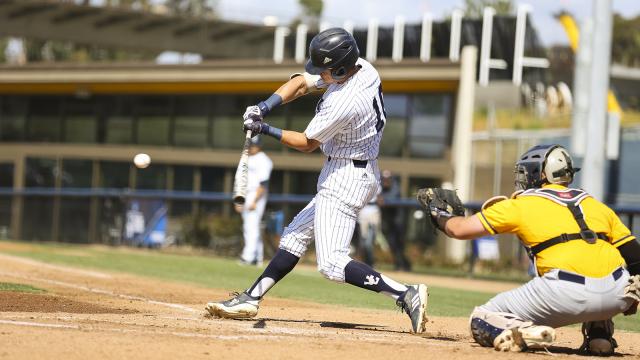 Hi, I’m second-year sports editor Jack Dorfman. In this column, I’ll take a timeout from discussing specific UC San Diego coaches and student-athletes and instead tackle topics related to sports more broadly, whether at UCSD or within professional leagues.

This season will be UCSD’s last as a Division-II school. While some programs, like water polo and men’s volleyball, have already made the transition into Division I, most of the school’s teams are awaiting the switch that will take place next fall.

While the buzz around the school surrounds next season’s move, there is still plenty to be excited about for this season. For one, coaches have expressed that their staff and players are excited to try to go out on top in Division II and in the California Collegiate Athletic Association, their conference for the last 20 seasons, for the entirety of the university’s stay in Division II.

Sure, athletes love to be able to say they’re playing for a Division-I program, and coaches understand that. However, diminishing the importance of what will be the end of a historic era of Division-II success at UCSD would be unfair to all the players who came before and to all the coaches who built their careers through Division-II competition. Four coaches have coached for the entirety of UCSD’s stay in Division II.

For a significant number of UCSD teams, they came up short last season. Whether the losses came in the CCAA tournament or in NCAA tournament play, teams like women’s water polo, women’s basketball, baseball, and softball — to name a few — are all looking to take steps forward this season and cement their names as the best to ever compete in Division II.

On top of those programs, the athletics department as a whole came in second place in the 2018-19 NCAA Division II Learfield IMG College Directors’ Cup last year, a competition between Division-II athletic programs in their entirety. Ending the school’s Division-II run on top of all the Division-II schools in the country would make for a cinematic ending to what’s been a longstanding tradition of excellence in La Jolla.