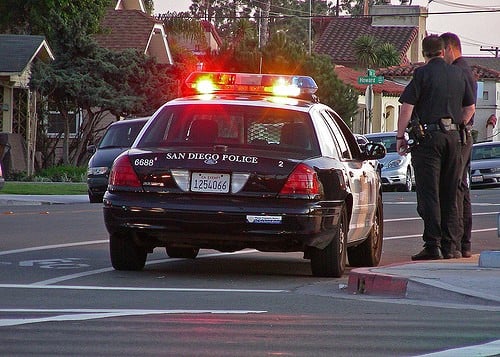 According to the 2018 Annual Security & Fire Safety Report released in a campuswide email on Sept. 28, UC San Diego saw an increase in the number of rapes and fondling incidents, as well as arson and domestic violence from previous years.

The report also shows a decrease in the number of burglaries and robberies. Burglary, defined as an unlawful entry into a structure to commit fraud or theft, decreased from 20 to 15. Robbery, the taking of anything of value by force or threat, dropped from 5 incidents in 2016 to just 2 in 2017.

Aggravated assaults, or unlawful attacks with the intent to cause severe bodily harm, went down from 8 incidents to 5.

The report, published at the end of each year, is mandated by the Jeanne Clery Disclosure of Campus Security Policy and Campus Crime Statistics Act. The Clery Act requires universities and colleges participating in federal financial aid programs to disclose crime statistics and other security information by Oct. 1 of each year. Each report is mandated to display crime statistics for the three years prior.

In 1994 the Clery Act was amended to require specific statistics about dating violence, domestic abuse, and stalking after the passage of the Violence Against Women Act.

With regards to hate crimes, one intimidation incident was reported for 2017 based on sexual orientation bias, compared to 2016, which had three reported hate crimes, and 2015, which had none.

This report is only a representation of incidents that were reported to campus police, and does not accurately reflect every event that happens on campus.