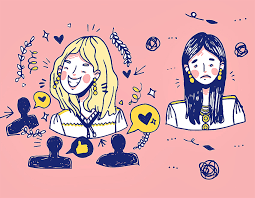 Cultural appropriation is one of the most contentious social practices up for debate in the 21st century. Unfortunately, this issue is a complex topic that can bring out a variety of emotions from all sides of the argument. Traditionally, cultural appropriation is when a previously asserted dominant group takes a piece of a marginalized culture without giving any consideration to the history behind this cultural practice. The process depends upon an unequal power structure between the two groups, one that stems from America’s intervention in other regions. The imbalance of power that allows cultural appropriation to occur is an extension of a history of imperialism that global superpowers have practiced throughout history.

Imperialism is the process by which a “civilized” society asserts dominance over a “developing” society. The civilizing society always hides an ideology of racial and cultural superiority behind a disingenuous concern for the natives in the developing society. Western imperialism, in this case, stems from the “white man’s burden,” which essentialized a moral obligation for whites to reform so-called “savage” populations in the East. American imperialism extended from other Western nations’ history of imperialism as a way to accommodate the expanding colonial populations and to gain new resources. Manifest Destiny, for example, convinced Americans in the early 1800s that it was their innate purpose to have their nation span to the Pacific Ocean. This led to the inhumane conquest of the native populations; the natives’ subsequent relegation to reservations exemplifies the disinterest America has in investing in the futures of colonized groups. Americans justified the spread of imperialism across the globe in Asia and Latin America by continuing this view of white populations as racially superior and of Western ideologies as culturally dominant.

Cultural appropriation grew from this insincere interest in other cultures. The United States as a whole has upheld an “America First” platform when dealing with sociocultural issues that has persisted into the contemporary era. The stubborn opposition to critics of cultural appropriation dictate that those in the “dominant” culture can take part in the practices of “lesser” cultures because it is perceived that they are respecting those from developing backgrounds. However, this is detrimental to the people from these non-Western societies because it furthers the idea that they are novelties of developing countries as opposed to products of full-fledged, respectable cultures that differ from a Western standard.

Cultural appropriation as an aftermath of imperialism is readily apparent in how Native American culture is appropriated in American society. The idea of the “noble savage” situated natives outside of the Western society imposed on them. This carried through to the present, when American Indians typically occupy a lower socioeconomic category. This stereotype of savagery has haunted American Indians into the 21st century because Americans have not stamped out the pervasive sense of racial superiority. Consequently, Americans do not always feel the need to respect native culture, stereotyping it with the static image of the warrior in a feathered headdress. A disinterest in understanding the various native cultures propagated this image, leading to overly sexualized American Indian costumes, or the decidedly “honorific” plastic headdress and burlap robe combination. The pervasive imperialist ideology put American Indians, among others, into the category of novelty rather than humanity.

An argument made in defense of cultural appropriation is that it allows for other cultures to get better recognition from a mainstream audience. Appropriated aspects of the culture at the very least enter the broader American consciousness in a way that the rest of the culture does not. Some argue that this is a positive ramification of the practice. Unfortunately, that is not the case. As seen in the American Indian example, appropriating a culture only works to uphold racially charged stereotypes that paint a biased image. And in the instances where the appropriated cultural item is accepted into mainstream society, it loses its initial cultural significance. If one truly wishes to celebrate a culture, they must do so more than just aesthetically. Learning about the history of a culture, as well as the hardships faced by members of that group, will allow an individual to educate their peers on the culture, doing more to bring the marginalized group mainstream recognition than wearing a headdress would.

Cultural appropriation, in Western history, is the result of an imperialistic push outward that ultimately led to an assertion of dominance over other cultures across the globe that did not fall under this cultural and racial category. When deciding whether or not to participate in a custom of another culture, it is important to ask if this practice accurately reflects the wills and views of that culture, or if it will continue to propagate a biased narrative. Through conscientious judgement, one can start to call attention to a history of imperialism that has dominated the American narrative for generations.

2 thoughts on “Culture Not Costume: A History of Imperialism”