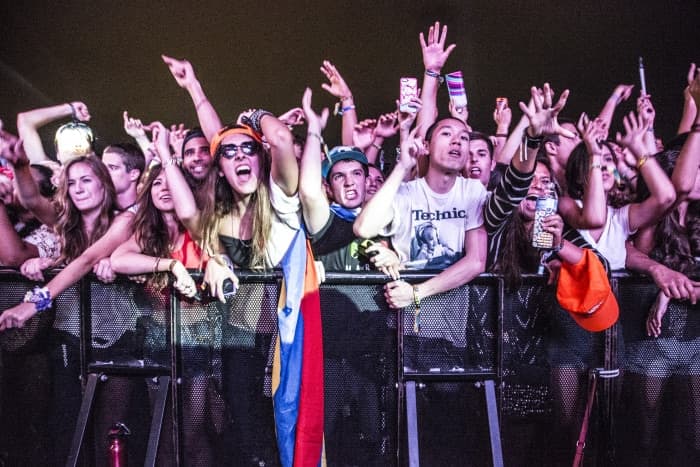 For the 36th Sun God Festival, artists feature blackbear, Cuco, Sir Sly, and Robotaki. This year, it will take place on April 28th at 12 p.m.

Associated Student’s Concert & Event’s Festival Head, Natalie Koe, spoke to the UCSD Guardian about the direction of the lineup for this year.

“Our team sought to have a lineup that would appeal to as many of our students as possible by booking from different genres of music,” Koe said.  “Just from Wave 1, we have blackbear who is a great blend of hip-hop and pop, Sir Sly who is a cool alternative rock band, Robotaki who is an electronic dance music artist, and Cuco who gives a more dream pop and Latin feel.”

Artists are selected through a lengthy process involving artist research, rankings, and quotes. The first step is to create a “master list” of potential artists. The list is created from a compilation of information taken from ASCE entertainment surveys and reviews of agency rosters, which allows ASCE to access quotes from potential artists. The quotes are then assessed whether or not to be fitting within the budget.

“From there, we sort of rank out the artists that we’d like to see across each of the slots. Then we start reaching out to agencies to get quotes and availabilities for our artists,” Koe explained. “This is when the list really starts to narrow. Artists can be easily removed from the list if they are out of our budget or simply unavailable due to another booking.”

The final decision of the line up includes a myriad of factors, such as artist popularity and career trajectory.

“From the available artists within our budget, our team has lengthy discussions about who we should [send] offers to first,” Koe described. “[We] take into account their social media following, number of plays on streaming sites and YouTube views, media and press, … number of times they’re listed on our ASCE survey, other festival plays, and where we think they’ll be careerwise — ‘Do they have a positive trajectory?’ — by the time Sun God rolls around, and more.”

As mentioned before, the artists come from a wide range of genres. From Los Angeles, Matthew Tyler Musto, or blackbear, is an American songwriter, producer, singer, and recording artist. In 2015, his lead single “IDFC” off of “Deadroses” charted in the top 20 of Billboard and rhythm and blues charts. From Hawthorne, California, Cuco is a Chicano solo artist. Cuco released his first mixtape “Wannabewithu” in 2016 which included sounds from lo-fi synths, punchy drums, and lead trumpets. From Los Angeles, Sir Sly is an American indie rock band that rose to popularity with “Gold” in 2013. Off of their debut album, their song “You Haunt Me” reached #14 on Billboard’s Alternative Album chart. From Montreal, Quebec, Preston Anthony Chin, professionally known as Robotaki, is a Canadian DJ and producer. He has remixed songs such as The Chainsmokers’ “Closer,” and Porter Robinson and Madeon’s “Shelter.”

Earl Warren College junior Eric Truong, although excited for the artists that have been announced thus far, would like to see an even greater variety.

“I’m actually really excited to see blackbear,” Truong said, “I think I would wanna see some bigger names. To be honest, I think it’d be cool if there were some indie bands also. Maybe some more hip-hop like Kendrick Lamar or something.”

“I’ve wanted to see blackbear for a while, so I’m excited,” Nagarajan stated. “It would be really cool to see a photo booth or more sets ups like Vita Coco to make Sun God seem more like a festival.”

The rest of the lineup and the food vendors present at Sun God Festival 2018 will be revealed soon. This article will be updated as more information is released.