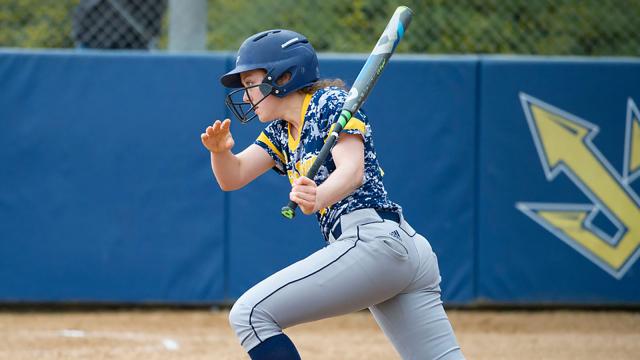 This week the UC San Diego softball team squared off against California State University, San Bernardino. The No. 21-ranked UCSD team split the four-game road series, winning one game and losing one game for each of the two days of the series.

The Tritons got off to a sluggish and disappointing start in the first game of the series, dropping their first game 0–8. Despite the final score, the game seemed to start off evenly. In the first inning, both teams were tied at 0–0; the Tritons had two hits, compared to San Bernardino’s zero. However, in the second inning, the Coyotes blew past the Tritons, scoring six runs, compared to the Tritons’ zero. UCSD was never able to overcome that deficit. San Bernardino went on to score two more runs, ending the five-inning game 0–8. San Bernardino’s pitcher — sophomore Amanda Ramirez — had a field day against the UCSD batters, who only managed four hits. In the second, third, and fourth innings, she recorded 3 consecutive outs, preventing UCSD from getting a single hit or runner on base, majorly contributing to UCSD’s lack of scoring.

After a frustrating performance in the first game, the Tritons bounced back in their second game, winning 13–6. UCSD opened the first inning strong. With two runners on base, senior outfielder Kelsi Maday homered to left field, earning the Tritons 3 runs. By the bottom of the fourth, the Coyotes were able to even out the score: 4–4. That, however, would be the closest San Bernardino would ever come to a lead. In the second half of the game, the Tritons were dominant: 9 hits and 9 runs. San Bernardino was held to 5 hits and 2 runs. The Tritons emerged victorious: final score of 13–6.

The Tritons opened up the second day of the series, building on their last game, winning a close game 6–4. The Coyotes scored the first points of the game, earning 1 run at the bottom of the third. UCSD, however, responded quickly, scoring 4 runs off 6 hits. While the Tritons were able to hold onto this lead to till the end of the game, it was not uncontested. At the bottom of the fifth, UCSD was up 5–1. In their most resilient comeback attempt of the game, the Coyotes shaved the Tritons lead to one point: 5–4. San Bernardino, however, would never overcome the Tritons. Senior second baseman Kendall Baker tacked on one more run, ending the game 6–4.

In the final game of the series, the Tritons lost a close contest, 4–7. The Tritons came out slower than the Coyotes. In the first inning, UCSD was unable to score, which allowed San Bernardino to take a commanding 4–0 lead. The Tritons would eventually score their first run at the top of the second, making the score 1–4. UCSD, however, would not see more runs until the final inning of the game. Kept scoreless from the third to the sixth inning, the Triton’s only chance of winning came down to the seventh inning. The score was 7–1. A score by junior third baseman Maddy Lewis, followed by scores by sophomore utility Mikaila Reyes and senior center fielder Maday, gave the Tritons hope of a comeback. However, it would all prove too little too late; these 3 runs would be the Tritons’ last. The game closed, 4–7.

Next week, the UCSD team faces off against Stanislaus State at home.