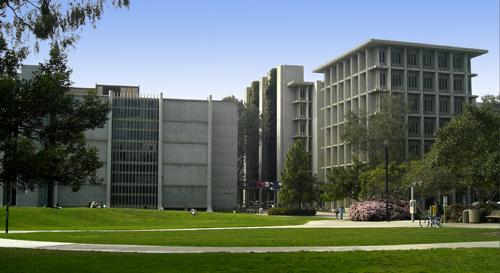 John Muir College Council is pushing to bring a new mural centered around student involvement and self-identity to the UC San Diego campus, specifically on the wall facing the Muir Quad near the Muir Garden. The details behind the mural are still being worked out by the Mural Committee, as the idea of the mural is still in the early stages.

John Muir College junior and A.S. Senator Alexandra Harbert explained how the mural was an inspiration taken from other campus art.

“It came from looking around at the student art. I know we have the Stuart Collection, but I really like the mural in Peterson Hall and I thought Muir could use some, too,” Harbert explained to the UCSD Guardian.

Muir College sophomore Roy Velasquez, the second A.S. senator representing Muir, mentioned the importance of the mural as a way of bringing the student community together.

“We wanted this to be more student-centric, both with the committee and everything we are doing,” Velasquez said. “Yes, we are working with [administration] when necessary, but we wanted to make sure it was the students’ vision and a student-driven project.”

The theme of the mural is centered around the idea of self-identity and the Muir College motto of celebrating the independent spirit. Originally, the mural started off with the idea of sustainability, but after some discussion, the theme expanded to sexuality and the body.

“It expanded to sexuality with the Living-Learning Communities and after talking to the LGBT Resource Center, it became the idea of communities as well as the Earth,” Harbert explained.

Velasquez explained that the theme of sustainability is still important to the mural.

Working with SSC would also help with drives to ask students to bring in material to contribute to the makeup of the mural.

Harbert and Velasquez further developed the idea after talking to Muir Provost Wayne Yang, who recommended looking into indigenous artists because UCSD is on Kumeyaay land. They are talking to the Native American Student Alliance about a collaborative effort on the mural.

“I think public art is a huge part of UCSD’s campus and the Muir mural will add to the color and beauty of the community,” Saklecha said. “I feel like this mural will embrace the close-knit community that Muir fosters while also celebrating the independent spirit that Muir represents.”

Harbert and Velasquez hope to find an artist late spring quarter and start working on the mural either during the summer or fall quarter. Currently, they are talking to Housing Dining Hospitality representatives to work out the logistics of the mural before they decide on an artist.