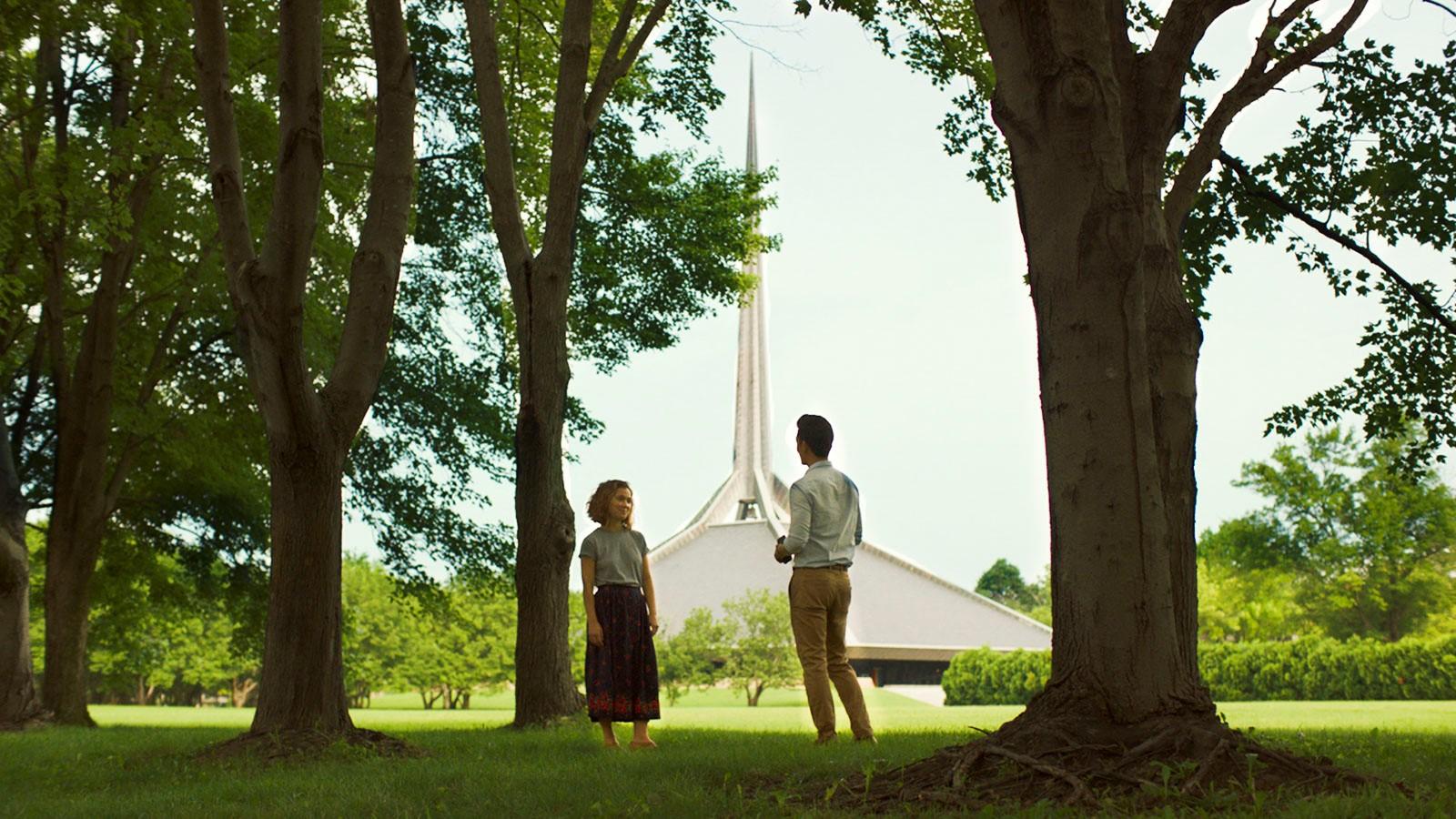 “Columbus” is a coherent allegory for contemporary youth’s anomie, isolation and disaffection with itself and its latent (half-hearted) rejection of this directionless state. That isn’t to say it’s any good. This movie happens to suck, and the high-calorie message baked into it can’t save its perfect absence of feeling.

One might imagine that “Columbus” is a love story. One would be wrong. Casey (Haley Lu Richardson) and Jin (John Cho) barely get to know each other, only ever having a few clipped conversations in a car in which they struggle to divulge basic facts about their own lives. They both seem to be sexually uninterested in one another. And they only sleep together after Parker Posey is brought into the movie to give Jin (and moralists in theaters) the go-ahead, since Casey is only 20. “Hiroshima, mon Amor” this is not. To be sure, “Columbus” is supposed to be subtle. There’s a really bait-y line about spiceless soup and how it can allow you to taste better. However one senses only the scary intimation that their feelings aren’t understated so much as obviated long ago.

Casey is made to represent our generation. That’s partly done by her appearance — the tragic haircut and the 1990s imposter clothes. The biggest tell is the fact that she is “really interested” in architecture, it being a felicitous fixation for its firm lodgment in the category of lamer, softer artforms so popular among the stylish and the college-age.

She spends the whole movie shrugging at people who beg her to go to college. Despite being clean, properly socialized and free of any glaring physical deformities, Casey has no friends. She is able but unwilling, interested but unenthusiastic, totally jaded and hopeless and isolated and alienated from everybody and from herself. Her ablated little soul’s salvation? The capacity to appreciate modernist architecture.

Casey is proud of herself for having an interest. Jin is floored by it. They follow each other around Columbus while Casey belabors just exactly how much of an “architecture nerd” she truly is. Other things Casey has: family tension, an affinity for her mother and a secret. Two people having a passingly decent conversation, a young woman with some knowledge of an art form, a person who has feelings regarding their family and childhood: what does it mean if this is the stuff of movies?

Casey is at her most insufferable when she takes Jin to her school. She says, not with a little drama, “this is where I went to school”— as if Jin did not also come from someplace. What makes her so bad is how special she seems to think she is. What’s interesting is that Jin agrees with her.

This poses this question: What if she is actually special? There are constant references to smartphones (Casey is anti) in “Columbus.” The logic seems to be that since people are basically automatons now, perhaps having cultivated any interest at all is to be applauded. If the terms of battle have shifted from people with interesting ideas versus people with boring ideas to people with ideas versus people with none, then she’s special. Her knee-jerk cynicism is matchless, it goes way beyond her self-knowledge.

Casey correctly realizes that Columbus is basically the same as everywhere else. Her refusal to surpass her working-class mother, or to really try and create a viable life for herself, is her sole act of defiance. In the end she rectifies her alienation with the same shrug that allowed her to skip the opportunities she recognized from the start as dead ends. She leaves Columbus, and her non-boyfriend. The solution to irony-poisoned apathy is applying more apathy toward your apathetic rebellion — a cool idea wasted on a movie which is itself too lazy and tired to try harder.

Image Courtesy of the Sundance Institute

One thought on “Film Review: “Columbus””