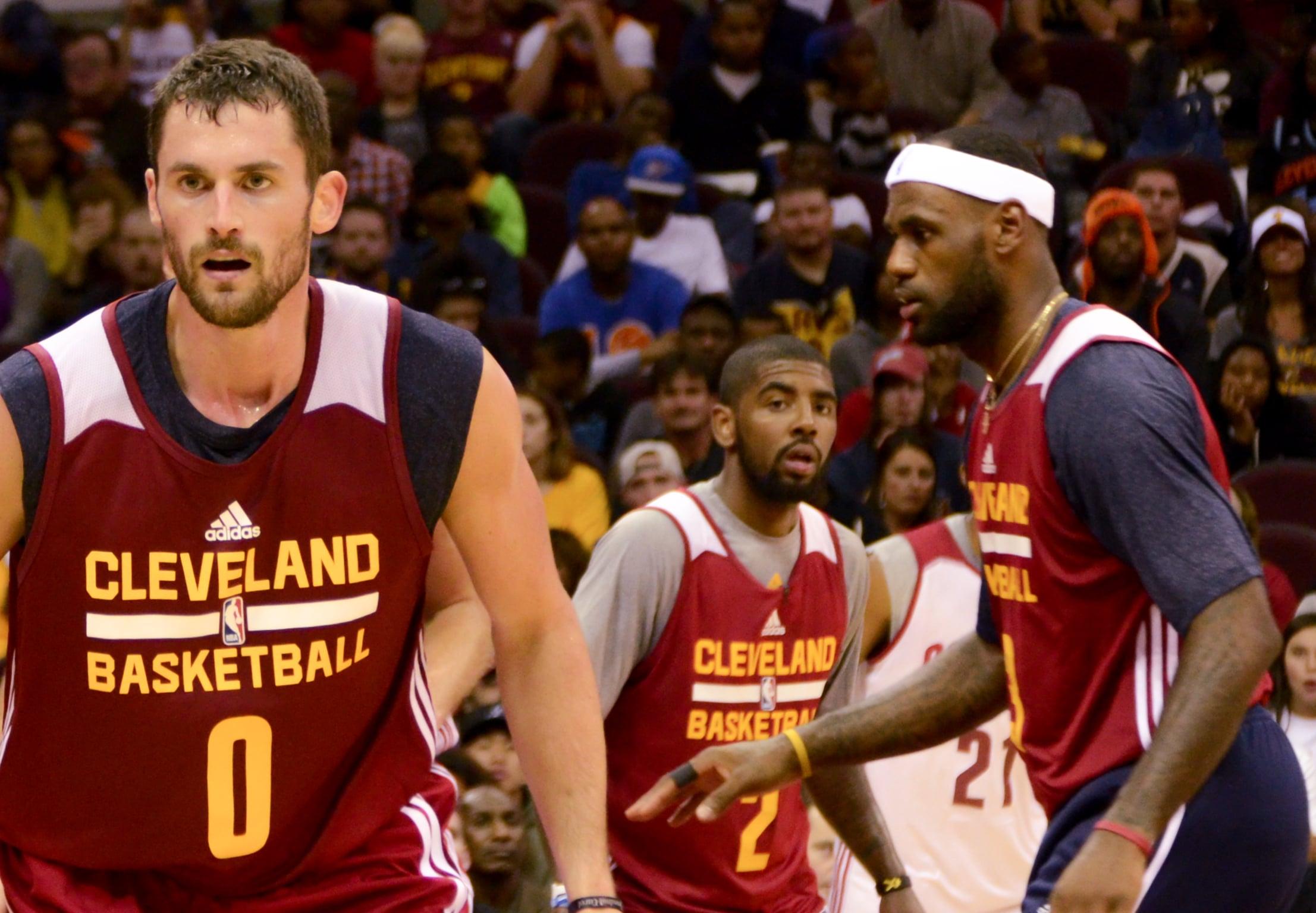 As of Sunday, May 21, the Golden State Warriors are 3–0 against the San Antonio Spurs, and the Cleveland Cavaliers are 2–0 against the Boston Celtics. Barring some sort of divine intervention, both the Warriors and the Cavaliers will be meeting up in the NBA Finals.

Both teams have dominated the playoffs in a way that is reminiscent of the 2001 Lakers’ 15–1 playoff run. Both teams are stacked to the brim with talent: Stephen Curry, Klay Thompson, Kevin Durant and Draymond Green on the Warriors and LeBron James, Kyrie Irving and Kevin Love for the Cavaliers. Both teams are built for the playoffs; their star players have the potential to instantly take over and crush the opposition.

James, whom I believe has the potential to cement himself as the “Greatest of All Time” by the end of his career, has demonstrated a level of dominance unheard of since the Jordan era. He’s pretty much a lock for his seventh straight finals appearance, so I think it’s fair to say that literally, and I mean literally, no one can stop him. I’m not too big on numbers, but I will give you one set of numbers you should never forget: 3–1. Last year, in the 2016 NBA Finals, James willed his way to a third NBA championship by defeating the Warriors.

On the other side are the Golden State Warriors, who have two of the greatest shooters the game has ever seen after adding Kevin Durant to their roster this past summer. The addition of Durant gave fans a reason to complain — the already star-studded team was getting another star. Now, it seems like there are the Cavaliers, the Warriors, and then everyone else, and the results of the playoffs so far have proven this to be true. But this is not a problem.

Why? To me, it’s a matter of enjoying great basketball. Both teams are operating on a level in the playoffs that most other teams cannot compete with in a seven-game series. Take the Cleveland versus Boston game that took place on Friday — Boston had no chance against Cleveland whatsoever. The performance that the Cavaliers gave was a sight to behold. Let’s take a look at the statlines of some of the Cavaliers’ players for game two of the Eastern Conference Finals to give their performances some context: James with 30 points, four rebounds, seven assists, four steals and three blocks; Kyrie Irving with 23 points, one rebound, three assists, one steal and one block; and Kevin Love with 21 points, 12 rebounds, two assists and one steal.

On other side, The Celtics were led in scoring by rookie Jaylen Brown (19 points) who didn’t even break 20 points. Their star player, Isaiah Thomas, scored a measly two points and exited the game with an injury.

Going into halftime, the score was 72–31, thanks to the Cavaliers’ Big 3 (James 22, Irving 14, Love 18). Here, we see the strength of the Cavaliers as a team — there is always one star who is producing when the others are not. Game two is enough to show us what happens when all three stars show up. The Cavaliers/Warriors are Superteams because of the fact that the opposing team cannot hope to contain all of their weapons.

An argument can be made that having two teams dominate the playoffs every year makes the game a bit stale: The other series aren’t really taken seriously because we all know who will ultimately make it to the finals. While there is certainly some validity to that point, I think that the existence of the Superteams doesn’t take away from the quality of basketball found in the other playoff series. As a fan of the sport of basketball and not just a fan of a team (Go Lakers!!), I’m conscious of the fact that great basketball is played by every team in the playoffs and not just by the Superteams.

Take, for instance, the Wizards-Celtics series in the second round. It had a stellar John Wall versus Thomas matchup that gave us the opportunity to watch two top guards in the league duel it out. As someone who plays basketball, there is so much within every series that I can look at and learn from. For example, both guards have a playstyle geared heavily towards attacking the rim off off the pick-and-roll, with Thomas having a slight edge in the jumpshot department. There is so much to learn from the individual games that no one game ever loses its appeal for me. I can watch how both Wall and Thomas attack the defender off the pick-and-roll and look at the options they take based on what the defense gives them. From there, it’s implementing what I learn into my own game and trying it out on the court. All of this makes for an exciting series to watch, even if, in the back of my head, I believed that neither team would have a chance against the Cavaliers.

So what is it that I love about the almost one-sided basketball games that we are seeing? It’s witnessing domination. It’s watching players who are at the top of their game pick apart and destroy their opposition. From a player’s perspective, it’s like when you’re feeling good one day and no one can stop you. Everything just seems to work — the ball always finds the net, no one can defend you, your passes are all on time and spot on. There is something alluring about watching greatness unfold, and I think that attraction is being fulfilled by the Superteams.

The results of the regular season provide even more ammunition to show that the Superteams are not detracting from the sport. We had Russell Westbrook average a triple-double across the entire season, and he might not even win the Most Valuable Player award. Hell, he’s not even in the playoffs anymore! James Harden decided to switch playstyles from being an isolation scorer to a point guard over the summer.

Herein lies the beauty of the beauty of the Superteams: They show us the frontier of basketball’s evolution. They are at the top because they bring the best iteration of offense and defense that currently exists in the game. They’re able to accommodate the presence of multiple superstars, which was rather difficult for most teams to do before (take a look at the 2010–2011 Heat, who were still trying to balance Chris Bosh, Dwyane Wade and James). The quality of basketball has grown so much in spite of the whole “Superteams are destroying the sport” narrative that people are pushing because those very same teams are driving the evolution of the sport.

It might not be too fun as a fan to watch the Cavaliers or the Warriors crush your home team. But try and soak in the basketball that those two teams are giving us. If you don’t, you might just miss out on watching the game evolve right before your eyes.