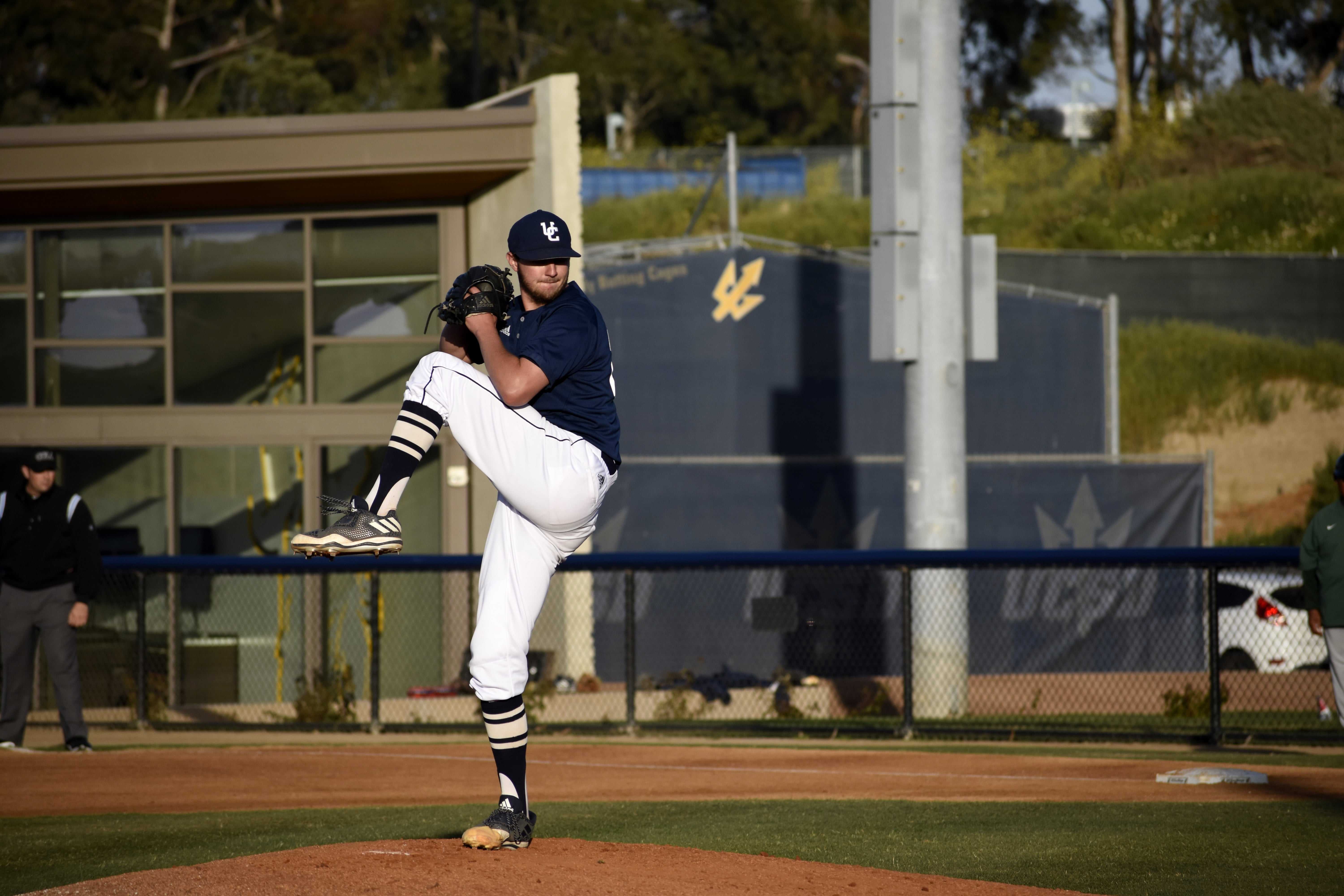 On Thursday, the UC San Diego baseball team began its West Regional NCAA Division II Championship run against Dixie State and defeated its opponent with a 5–2 victory. Next up for the Tritons on Friday was Azusa Pacific who came into the tournament as the second seed and tournament host. However, the home-field advantage made no difference as UCSD grabbed a convincing 4–0 win to move on to the quarterfinals. The following night, the Tritons faced off against Azusa Pacific again and, this time, won with a 11–3. As a result, the Tritons booked their ticket to the Monday West Regional semifinal against the same opponent they opened the tournament with, Dixie State.

Redshirt senior pitcher Troy Cruz took the mound for the Tritons in the tournament opener and pitched a complete game to earn the 5–2 win over Dixie State. A three-run blast from redshirt senior outfielder Brandon Shirley and a two-run double by redshirt junior first-baseman Justin Flatt were enough to get the job done on the opening night of the tournament.

UCSD came into the West Regional as the fourth seed while Dixie State was ranked at the third seed. However, the Tritons looked in control of the game throughout, and a solid pitching display from Cruz with a couple of crucial offensive plays got the team on the scoreboard.

The Tritons took the lead in the third and never looked back as Dixie could not inch their way fully back into the game. After a three-run third inning from the Tritons, Dixie earned one run of their own in the bottom of the inning to make it 3–1. Then, Dixie cut the lead to one in the sixth, 3–2, but UCSD responded in the eighth inning with two runs to put them into a winning position.

Cruz had already put on a solid shift on Friday night, however the following night redshirt senior pitcher Adrian Orozco put on an absolute clinic versus Azusa Pacific, throwing a one-hit complete game to earn the Tritons a dominant 4–0 win.

With the home crowd advantage against the Tritons, Orozco was not fazed, taking a no-hitter into the ninth inning. He could do nothing wrong the entire night as he left the opposition and its home crowd silent throughout. Unfortunately, Orozco could not keep the no-hitter for the last two outs of the game, when the next hitter hit a single up the middle take away his no-hitter bid. However, the most important fact of the night was that the Tritons earned the win and kept their tournament hopes alive and well.

On Saturday night, the Tritons found themselves in front of the same opposition once again, Azusa Pacific, and the result was no different as UCSD took a convincing 11–3 victory over the hosts.

The story of the tournament for the Tritons has been their dominant pitching and that did not stop in their third game in as many days. Redshirt junior pitcher Kyle Goodbrand got the start and only allowed three hits and two runs in his 6 ⅔ innings of work. Redshirt freshman pitcher Blaine Jarvis and sophomore pitcher Kyle Lucke relieved Goodbrand and did a fine job, both splitting the last 2 ⅓ innings of the game and allowing a single run and a single hit.

UCSD started off the game with back-to-back two-run innings, followed by a single run in the third to hold a 5–2 lead. By the ninth inning, the Tritons were up 11–2 and were in total control of the game with only three outs to go.

They had no problem dealing with the Cougars and earned their bid into the West Regional final on Monday, where they will face off against Dixie State one last time in order to make it to Texas.