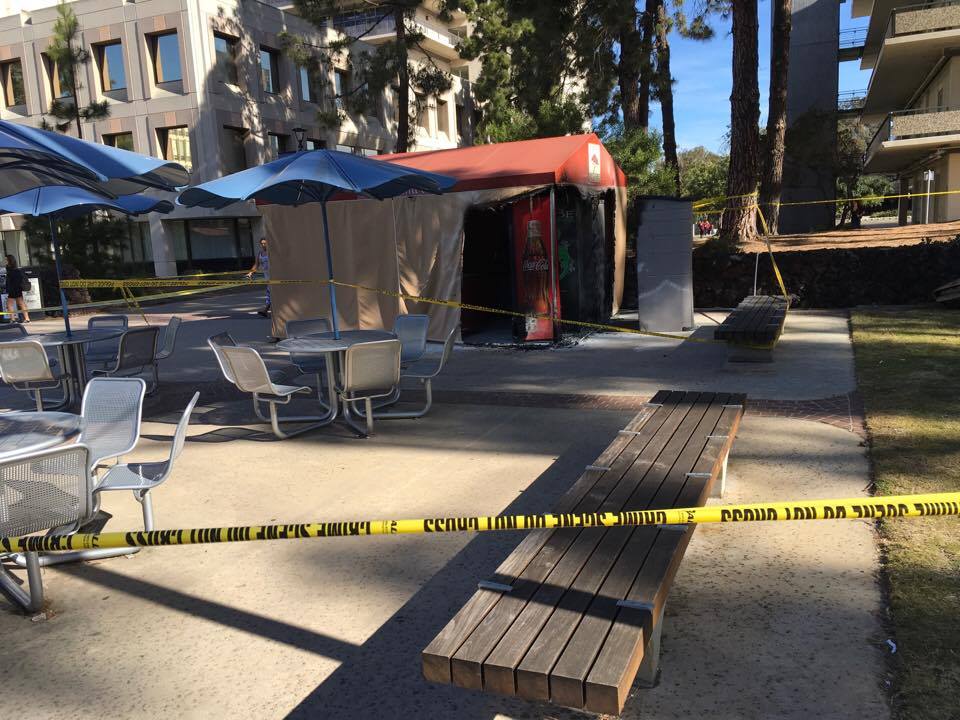 Williamson is being accused of burning down the coffee carts located at the Social Sciences Building, Revelle Plaza, Center Hall and Warren Lecture Hall. Investigators say that at $7,000 per fire – $5,000 for the cart and $2,000 for the contents – the damages total approximately $30,000.

If convicted, Williamson could face up to 10 years in prison. Sentencing depends on a number of factors including what type of property was damaged, whether someone was injured and whether the fire was set “wilfully.”

Williamson is currently being held in prison with bail set at $150,000, and, as Times of San Diego reports, if she does make bail, the judge has ordered her to stay away from campus.

CBS 8 San Diego stated that, during her arraignment, after the judge asked if she understood that she would not be allowed at UCSD upon posting bail, Williamson responded, “Do you understand that I’m the acting President of the United States of America, right now?”

Williamson’s readiness conference and preliminary hearing, which are formal opportunities for the prosecution and defense to agree to a plea bargain, will be held on May 1 and May 3, respectively.

No reports suggested that Williamson is affiliated with UCSD.

Update: The UC San Diego Police Department sent out a campuswide email at 8:21 p.m. confirming that a woman was arraigned today and that she is unaffiliated with UCSD. The email added that she was arrested on Monday, April 17, at around 11 p.m.