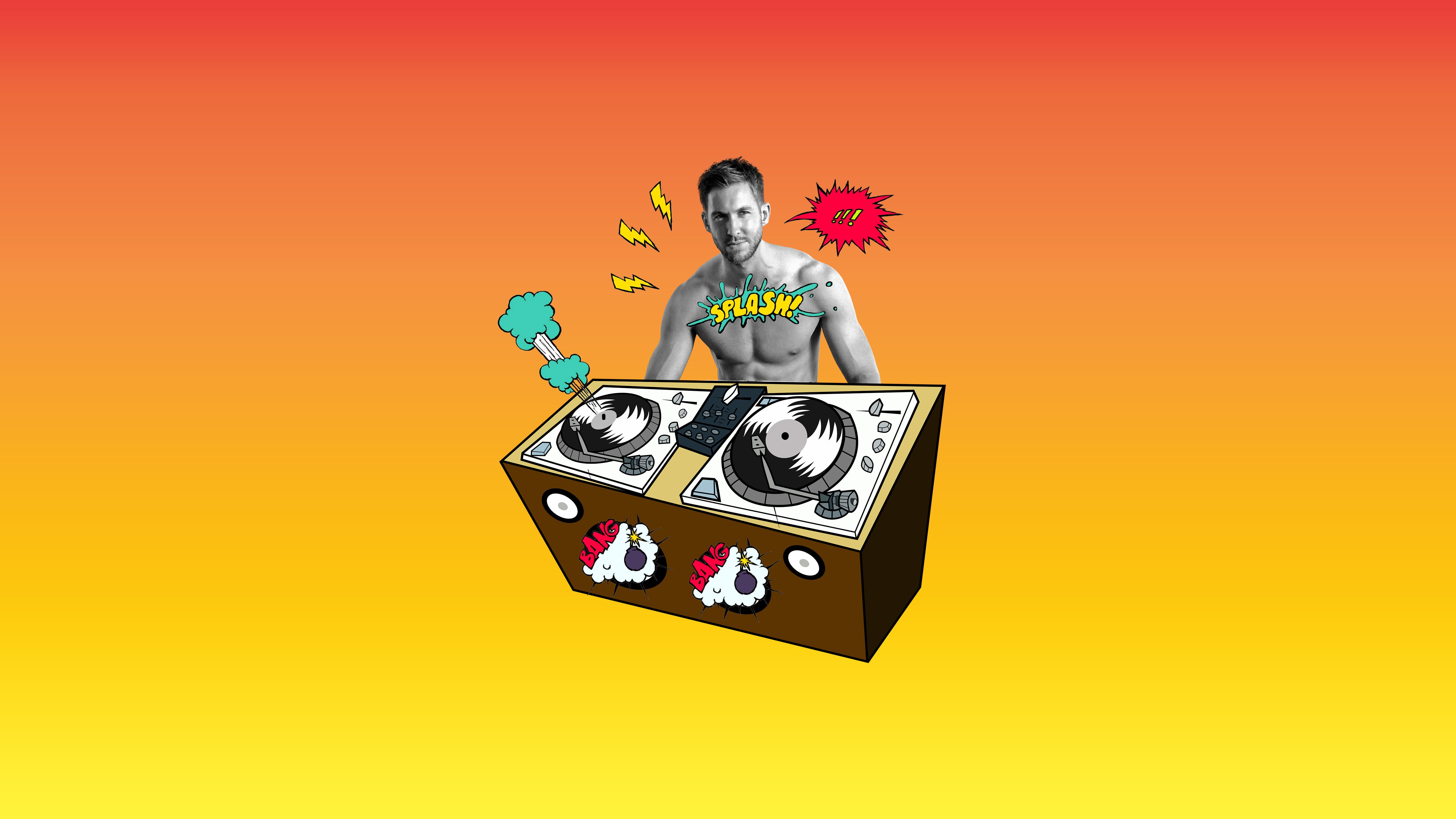 So far, 2017 has been a fascinating year composed of the rote and irregular. Frank Ocean has returned and is releasing music semi-regularly, but Playboi Carti remains steadfast at depriving his remaining fans. Drake proved himself as capable at British English as he is at Canadian English but still yearns to speak in unadulterated patois while circling a heated pool. Kendrick Lamar is still too busy trying to prove he’s bona-fide woke to make a decent track, but at least someone else has now become concerned with making great music — Calvin Harris.

Harris, the life-sized DJ Ken doll who’s produced mall classics like “Feel So Close” and “This Is What You Came For,” has been lurking at the edges of pop excellence for years. The pieces have long been there. He had hooks and extravagant features but still lacked substance (or something similar to it). He made songs for the summer but never the song of the summer. His songs were destined to walk through department store purgatory for years instead of our precious personalized playlists. But for whatever reason, after his breakup with Grammy award-winning snake Taylor Swift, he put “it” together. We may not know what “it” is or how he did “it,” but the results are undeniable. “Slide” and “Heatstroke” are anthems to youth, humidity and the undeniable pleasure of pop. Heartbreak Harris also vowed to never release an album again, instead opting to release music in pop forward singles that make sense of the zeitgeist and mold it into a four-minute bop.

Unconcerned with the typical conventions of the music besides making money, capitalist Harris has broken loose from the mindset afflicting artists everywhere. Albums, which he called “time-consuming” and “limiting,” are no longer the main concern — singles are. It makes sense for a man whose music has become ubiquitous after years on pop radio but who has barely made a lasting impression outside of the Billboard charts. Nobody’s looking to buy an 18-track odyssey through Harris’ maitai-battered psyche, but a brief trip into the sands of his id? Sign us up.

Harris must be an enchantress. Ocean, who once called radio a soulless conveyor belt of music, is now being streamed to Gap stores nationwide and couldn’t be better. No longer must we linger in a society where people cede to the empty hooks of Selena Gomez. Now, people can instead sink into the honeyed croons of Ocean while searching for form-fitting non-iron khakis. The world is a better place for this. We may still be ignoring the environmental and economic ravages that neoliberalism has brought upon our planet, but at least we’ve got one hell of a soundtrack on the way down.

Operating off an uncanny understanding of market-driven data that looks like cultural intuition (or vice versa), Harris makes us question the authenticity of his two most recent singles. Were these made with heart and soul or nothing but commercial ambition? The ‘80s-inflected stylings of his new tracks and meme-friendly features would suggest not, but Harris elevated the art of elevator bangers past its current limits and into the realm of undeniable, appetite-sating hits. There’s an alchemy operating at perfect balance in Harris laboratories. There’s no way he could have predicted Offset would have shown up Quavo by rapping about Ricky Ricardo, or that Young Thug was again going to prove himself as the best rapper under 30 or that Ocean wasn’t just a myth. But Harris, now curator extraordinaire, did it.

The bounce imbued in both singles must have found its origin somewhere deep within our own circadian rhythms, releasing an unmissable groove that few others have been able to tap into. Bruno Mars and Carly Rae Jepsen, who have long shared a timeshare there, would be remiss not to welcome Harris into the fold.