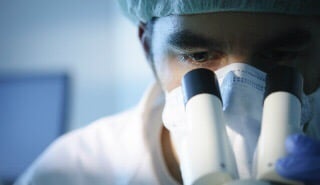 UC San Diego hosted its third annual UC Health Hackathon the weekend of March 4, an interdisciplinary event where participants found innovative ideas to address critical issues in global and integrative health care in a competition format.The hackathon was open to all students and alumni free of charge and began early Saturday morning with an opening ceremony to a sold-out crowd of 300 registered attendees. The organizers — UCSD students Yajur Maker, Muir College sophomore Ella Stimson, Niranjanaa Jeeva and Warren College junior Julie Yip — introduced the event and its many sponsors. There were speakers from the UC San Diego Health System, UC Irvine Health System, International Rescue Committee and UC Berkeley’s Web Accessibility office that highlighted the issues and themes the hackathon would focus on.

The hackathon had two different tracks. The global health track issue was refugee health care. There were resources such as a guide on refugee health care provided by the organizers as well as representatives from the International Rescue Committee, a nonprofit that responds to humanitarian crises, to help participants understand the physical and mental health challenges of life as a refugee. The integrative health track had three separate focuses: patient experience, healthy aging and integrative medicine. These tracks helped to focus the each team’s project purposes and design influences. Each track resulted in first, second and third place winners.

The first-place project for the global health track called “Blueprints for Life,” a project by Team Awesome that consisted of Leonardo Chan, Sanjay John, Amit Nijjar, Pranav Singh and Beverly Yu. Singh explained how “Blueprints for Life” creates a space for innovation and solution-finding in refugee settings.

“‘Blueprints for Life’ is a web-based platform that connects refugee communities to engineering teams,” Singh told the UCSD Guardian. “Refugee workers can submit needs online, allowing engineers to easily identify the target of their next project. Engineers can then, through constant communication with the refugee workers, develop a blueprint that empowers refugee communities to use local resources and labor, resulting in a solution that is not only implementable but also sustainable. By increasing the efficiency of project development and likelihood of implementation, ‘Blueprints for Life’ aims to be the ‘one-stop shop’ for both engineers in search of projects and refugee communities in need of solutions.”

Team MEngineers won second place for the global health track with their project “Salama,” a project aimed at reducing sexual assault against women in refugee camps. The team, made up of Alexander Fan, Bryce Ito, Benjamin Tien and Aaron Tan, named the device after the Swahili word for “safe” because it was inspired by the challenges faced by women in the Dadaab refugee camp in Kenya, one of the largest and longest-standing camps in the world.

Tien, a masters student in bioengineering at UCSD, described how the device operates as both an everyday tool and a mechanism for crime detection.

“A big problem is that a lot of camps are poorly lit and don’t have great spaces for women,” Tien told the Guardian. “This bracelet can be used normally as a hands-free flashlight [with LEDs]. But when you activate the distress signal, it’ll sound an alarm. The LED lights will start flashing red, and then it’ll spray out a dye and hopefully mark the offender and be used as incriminating evidence during prosecution.”

“A Hanging Greens Project” by the Rooted in Refugees team, made of Winjet Chou, Ryan Leung, Daniel Truong and Alex Tung won third place in the global health track. Leung, a recent graduate from UC Irvine, explained how their team used their knowledge of nutrition and the skills of their electrical engineering members to come up with a way to tackle malnutrition in refugee camps.

“After research, we realized that space is a huge issue for farming,” Leung told the Guardian. “So we thought about … solving that issue by growing up instead of out. Essentially, it’s a way for people in refugee camps to use rudimentary materials and recycled bottles to create vertical farming systems.”

Leung delved further into the reasoning behind the vertical farming system, citing how it could create practical and accessible ways for refugee camps to target micronutrient deficiencies commonly seen in developing countries.

“The issue with malnutrition is that [the typical diet of a refugee] is very starch-based and carbohydrate-rich, which provides energy but not the necessary micronutrients to prevent conditions like anemia,” Leung said. “While [vertical farming] wouldn’t be able to feed everyone, it would provide fresh, dark leafy greens for people [that] … [these vegetables normally] can’t be transported to camps because of the cost and their perishable nature.”

The integrative health systems track allowed participants to focus on the experience of patients in the hospital, the process of healthy aging, or improving home-based care.

Team member Ambulkar characterized the project as a ‘Pokemon Go for hospital inpatients’.

“[With our application] patients are encouraged to hunt art pieces around the hospital,” Ambulkar explained. “The idea was to encourage patients to get out of their beds and leave their rooms … several studies have shown that by increasing physical activity and decreasing social isolation, patients tend to recover faster and return to the hospital less frequently.”

Ambulkar also emphasized how the new Jacobs Medical Center’s facilities inspired their project and is uniquely suited to high-tech settings.

“[The Jacobs Medical Center] is unique because each patient is given an iPad to use during their stay…[which] is primarily used for in-room comfort such as adjusting the lights and temperature, and streaming movies to their TV,” Ambulkar explained. “The hospital also has a 150-piece therapeutic art collection … [our] prototype iOS application shows a patient a map of the hospital floor and locations of the art pieces. Patients could then take their iPads and go around the hospital taking pictures of the art … [and could access] information about each art piece, [giving] patients the opportunity to respond to the art through drawings or writing.”

All winning groups will receive prize money and entrepreneurial resources to further develop their ideas and create actionable plans for marketing.