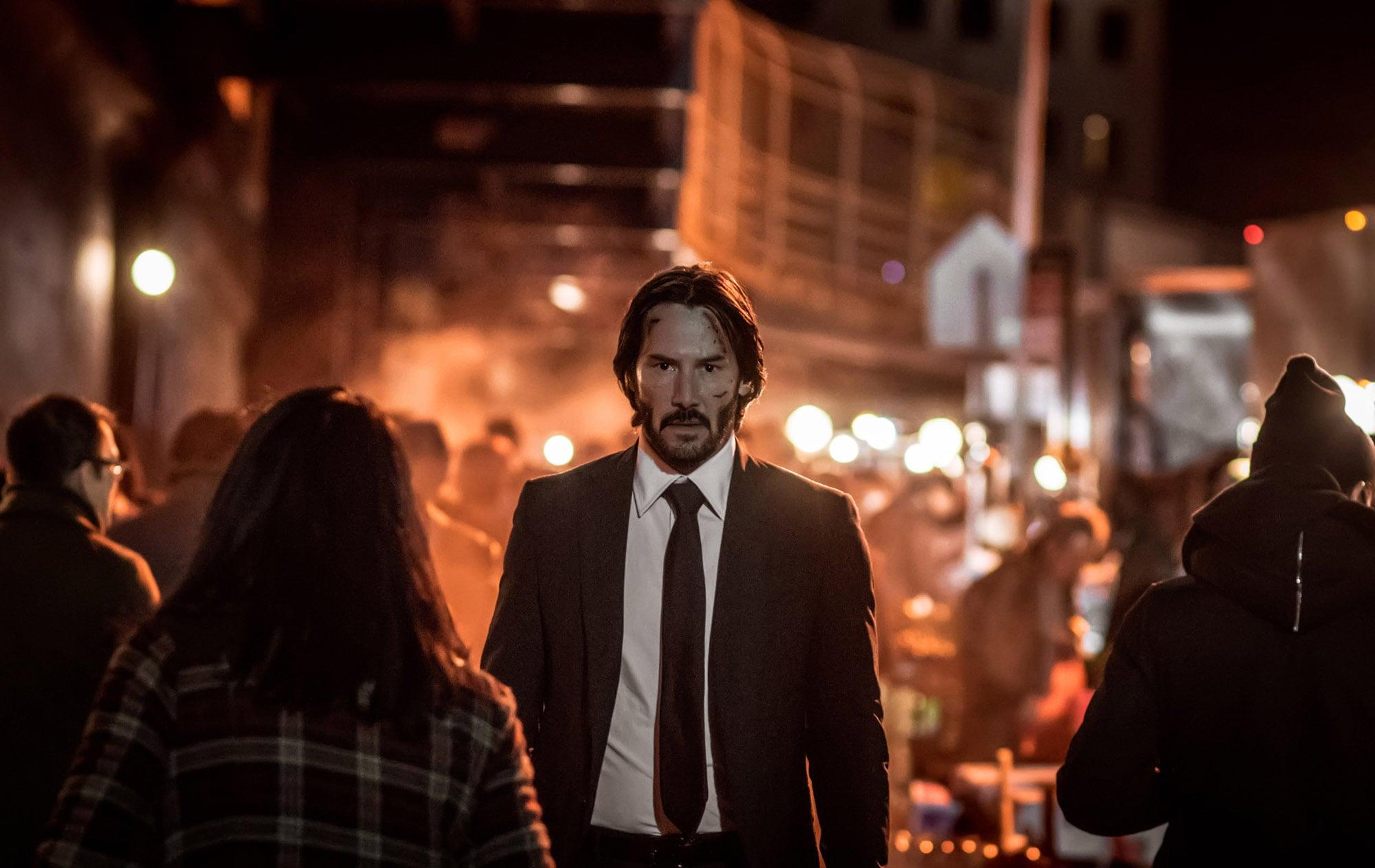 John Wick: The mere mention of his name sends a shiver down the spine of anyone who hears it. Wick (Keanu Reeves), known by his nickname “The Boogeyman,” is precision and focus personified. If he doesn’t shoot you in the head, it’s only because he’s aiming for your knees. When Wick seeks vengeance, he will make as many enemies and kill as many people as he needs to.

After finally getting revenge on the Russian who stole his car and killed his puppy, Wick is immediately pulled back into the fantastical world of elite assassins. Bound by a blood oath he made years ago, Wick travels to Rome to complete one final mission at the behest of a former associate, crime lord Santiago D’Antonio. But D’Antonio’s plan to kill Wick is an ill-conceived pipe dream which, of course, triggers Wick’s vengeance. With a bounty now on his head, Wick has the dual task of surviving an onslaught of assassins while satiating his hunger for revenge against D’Antonio. With this plethora of thugs and bosses to fight, Wick earns his reputation as “The Boogeyman” once again.

“John Wick: Chapter 2” creates an opulent, neo-noir world which is as bizarre as it is immersive. The film takes the mythology and lore of the first film and expands it, introducing us to new rules of assassin society and new players in the game. The Continental, an upscale hotel serving as the hub for the secret society, is once again a central setting for the film. The first film established this fascinating underground world, including its currency and customs, thus allowing it to bloom in the sequel. “John Wick: Chapter 2,” with a longer run time than its predecessor, leaves enough room in between the action to explore the ins and outs of this modern mafia.

The film opens with a black-and-white Buster Keaton movie being projected onto the side of a building. Keaton, one of the pioneers of early Hollywood stunt work, signals the focus of the film to come. “John Wick: Chapter 2” is directed by a stuntman, and it shows. Every shot of every fight or shootout is focused on the action. Director Chad Stahelski does not rely on unnecessary jump cuts or shaky cam to convey the intensity of scenes and allows the audience to simply watch and enjoy the carnage. The camera doesn’t cut away from the expertly choreographed action. That is because in order to truly appreciate action spectacle, you must be its spectator.

Yet however aesthetic these scenes are, they are also exhausting. “John Wick: Chapter 2” follows a three-act structure, with a long action sequence defining each one. By the finale, you know most of the Boogeyman’s tricks. It’s obvious that no matter who takes up arms against Wick, they are going to die — most likely by a bullet neatly and accurately shot through the center of their forehead. At times, “John Wick: Chapter 2” begins to feel like a grind, but the feeling of repetition lasts only until the next campy character interaction or gloriously violent moment, something as simple and jarring as Wick killing two hitmen with a pencil.