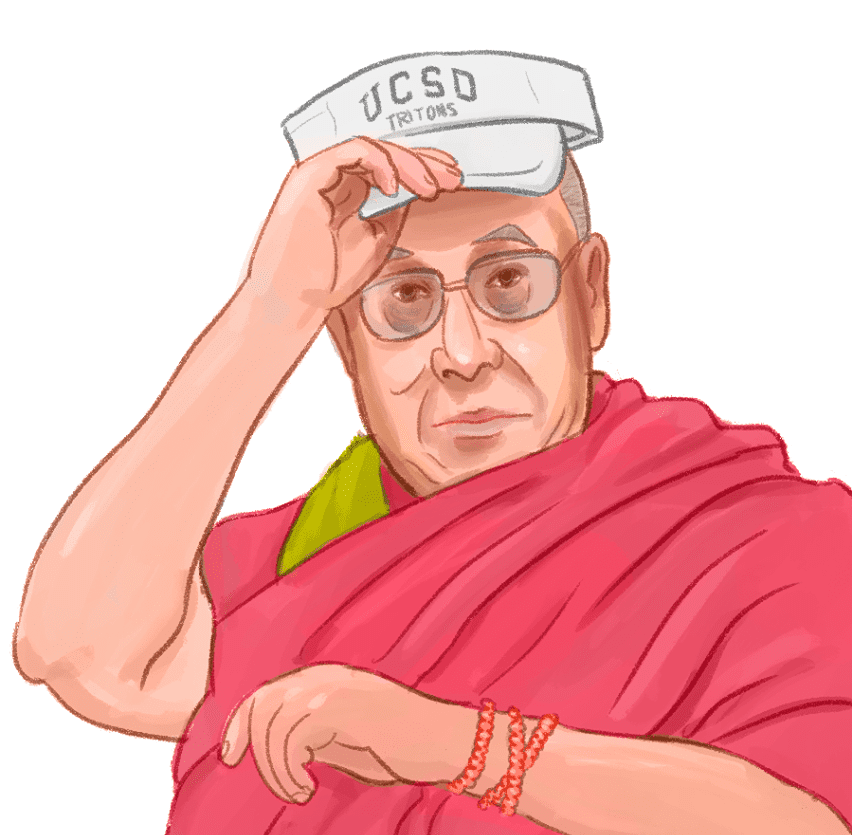 What I am writing cannot represent all Chinese students’ thoughts, but most of us share the same disappointment about the university’s invitation of the 14th Dalai Lama to speak at this year’s commencement. The main reason why many Chinese students are upset is that our university shows little consideration about cultural respect, as he is a politically sensitive person in China. We admire all his achievements in promoting education and raising awareness on environmental issues, and we admire the fact that he won the Nobel Peace Prize. We respect free speech no matter what he is going to say at the commencement. However, we also want to address our concerns.

Commencement is a landmark of our life. Our family members are coming all the way from China, flying for more than 10 hours to celebrate with us. The Dalai Lama, as a political icon, is viewed differently in our country. We want to spend a fantastic time with our family during the commencement, but his presence will ruin our joy. What we want to say is that objectively, he will be an excellent speaker for the commencement. Nonetheless, culturally speaking, his selection to be a presenter is inappropriate in such a situation, considering how many Chinese students and their families are going to attend this commencement.

We came here because of UC San Diego’s academic reputation. We are doing our best to be open-minded, to communicate with everyone and to respect everyone and the degree to which democracy is valued here. Our nation values unity just as you value democracy in the United States. However, the Dalai Lama spent his whole life trying to separate Tibet from the mainland of China, regardless of how much privilege and freedom the government offered the people of Tibet. His conflict with our government caused property loss, deaths of innocent people and panic among the general public — even though he claims that he advocates for a nonviolent revolution. In 2008, his actions triggered riots and protests in Tibet and spread out over the country, before the Beijing Olympics in August.

There is no absolute right or wrong in the political world. Truth is hard to uncover. What we are experiencing is disrespect as the university did not take our and our families’ feelings into consideration.

We ask you to listen to what we are thinking. No matter what the result will be, we will appreciate your understanding.

307 thoughts on “Op-Ed: Why I Won’t Accept the Dalai Lama As A Commencement Speaker”