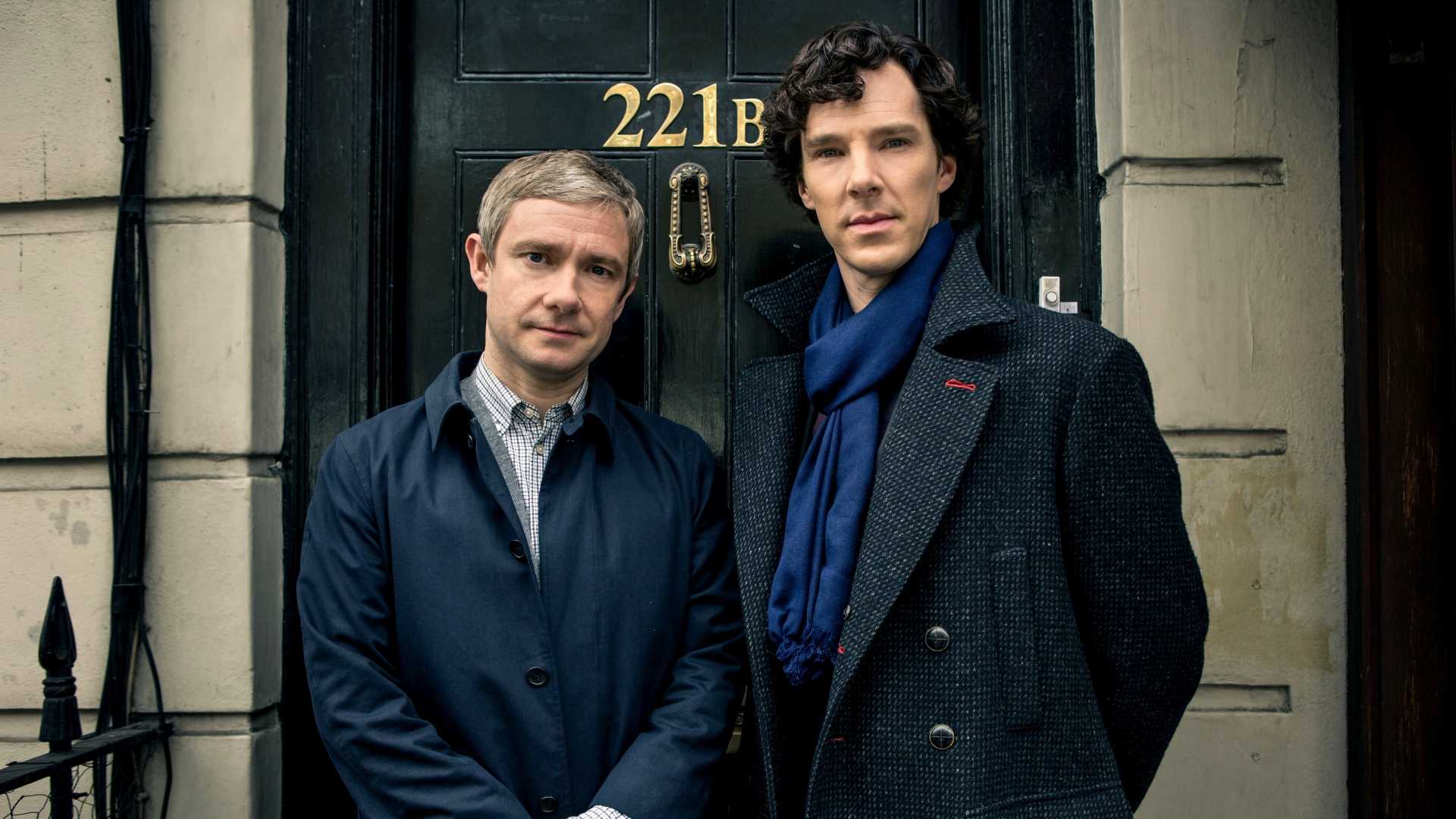 The long awaited season four of “Sherlock” is finally available to fans after two years of anticipation, taking the show in a new, more character-centered direction. The season opens with Sherlock (Benedict Cumberbatch), John Watson (Martin Freeman) and his wife Mary (Amanda Abbington) as we last saw them in season three, reeling from the inexplicable message from the thought-to-be-dead Moriarty. Recognizing that the best course of action is to carry on with life as usual, Sherlock and John continue to solve cases that involve both old and new concerns.

Taking everything into consideration, the season is neither spectacular nor terrible, but it is different. General storylines continue, the actors portray their characters well and appropriately for their roles in the season, and none of the side-plots distract too much from the end goal of each episode. This being said, the quality of the overall script and verbal exchanges between characters and in monologues has changed. Sherlock’s quick speech and deductions, previously considered by viewers to be charming, come off as confusing in this season. This feeling increases when combined with the sporadic, frantic style of filming these scenes. The exception to this aspect is when it is done to build up to a joke, since the sudden breaking of tension allows the viewer to relax in knowing that they did not miss any key clues in the dialogue.

Sherlock has been accused before of feeling more emotions than the cold, analytical front he puts on. Up until this point in the series, these suspicions come from subtle glimpses into Sherlock’s past and sentimental side. In season four, though, the slow discreteness of his character development is completely eradicated, and Sherlock’s personality is friendly and pleasant. He makes jokes, shows an easy affection, and allows his external state to show internal turmoil. This radical change in Sherlock’s demeanor makes sense to a certain extent, considering that his prolonged exposure to John and Mary has softened his stern attitude. That being said, the difference between the Sherlock of this season and the seasons prior is one of night and day. As a result, this sudden character development is a shocking, almost disruptive change in the show. Sherlock is the notoriously indifferent main character of the series, and his dramatic emotional shift leads to the season taking on a more personal lens.

While the change in Sherlock’s demeanor affects those around him, especially John and Mycroft Holmes (Mark Gatiss), it is more purposefully included trials of the season that develop their characters. For instance, the unexpected outcome of a case places strain on the relationship between John and Sherlock. John’s ultimate reaction to this event continues to show his amazing capacity for understanding and the duo becomes stronger. John truly epitomizes the role of a loyal soldier in this season, showing that he will stop at nothing to protect those he loves. In the third episode, “The Final Problem,” a new character’s appearance forces Mycroft to once again feel the need to validate his intelligence and protect his family. As a result, Mycroft is further characterized as a big brother and a genius. Despite the significance of these events, however, the main result is that characters are expanded upon in expected ways, which adds an element of transparency to the emotional lens of the season.

Overall, while the fourth season of “Sherlock” emphasizes character development more than the cases, it is still worth watching. All of the questions that fans have been waiting for two years to be answered, such as the background story of Redbeard, are answered beyond satisfaction. It is a necessary component to the series, and while the emotional lens is different, the episodes are enjoyable to watch. They are all suspenseful and intriguing in their own right, and as usual with “Sherlock,” there is a surprise twist to each of the episodes’ respective endings. The acting is superb, the sets are a collection of the familiar and new, and inside jokes from prior seasons are evident. Hopefully these aspects of the show will remain constant if the writers attempt to make a fifth season, and the emotional angle of this season will provide a smooth transition to it.