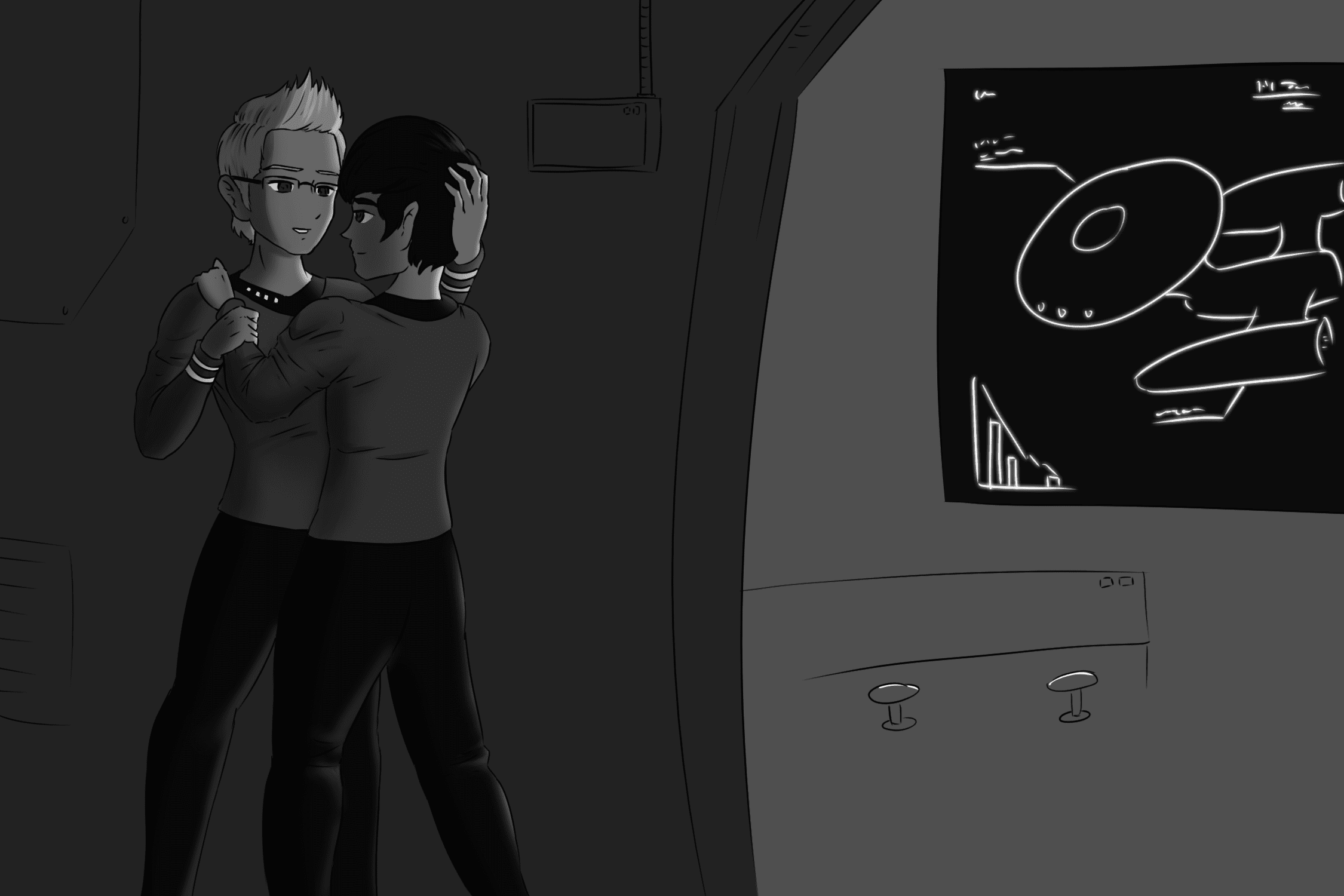 For 50 years, across six series and 13 films, Star Trek has used its science fiction premise to make topical social commentary. The franchise’s central mission — “to boldly go where no one has gone before” — applies not only to its diverse characters’ exploration of their galaxy on a starship, but also to the show’s exploration of subject matters, allegory and the sensibilities of its audience. CBS has announced a seventh series, “Star Trek: Discovery,” set to premiere in May 2017 starring Sonequa Martin-Green, known for playing Sasha on “The Walking Dead,” alongside queer-identified actor Anthony Rapp, playing a gay character. This marks a long overdue change, as Star Trek has always sidelined its implied-queer characters and their storylines throughout the franchise’s history.

The characters of the original series maintain a default cis-heteronormative view of all beings, including aliens as bizarre as an incorporeal ball of energy, which the characters categorize as female in one episode based on its “natural” heterosexual love for a human man. Though Star Trek famously depicted a diverse, inclusive future where people work together regardless of race, national origin, sex or species, cooperating alongside one another toward a common goal, it also very much reflected its era, with blatant double standards like miniskirt Starfleet uniforms for the female crew. Even Spock, the show’s voice for reason and scientific explanations, occasionally makes sexist remarks about women’s abilities, and some of Captain Kirk’s relations with his female subordinates would seem wholly inappropriate in a modern professional environment, let alone a 23rd century starship. As our gender politics evolve, Star Trek’s original treatment of gender in a supposed future seems more and more anachronistic and absurd; getting gender wrong necessarily means that any attempts to explore LGBT topics, were there any in the first place, would seem likewise shallow.

Luckily, the franchise survived into the late eighties and nineties and kept exploring the kinds of issues it could address and the kinds of diversity it could represent. Its issues with representing women seem all but resolved in these series, where some episodes even poke fun at the original series’ sexism. But where the gender equality of this future seems more believable in the newer shows, examples of explicitly queer characters and themes remain few and far between.

“The Next Generation,” Star Trek’s third series, includes one episode where an alien breaks the gender norms of her culture and undergoes forced conversion therapy. Another episode deals with an android raised without gender and encouraged to choose her own identity and appearance, taught that love can exist between people regardless of gender. It also introduces a species called the Trill, who can survive death by settling into a new host body, experiencing different personalities, sexualities, and gender identities throughout their lifetimes.

“The Next Generation” spawned two spinoffs in the 1990s, “Deep Space Nine” and “Voyager,” the former featuring a black captain and the latter a female captain. In “Deep Space Nine,” the characters casually embrace their colleagues’ alien family structures and reproductive habits, talking about them in passing and making many of the same kinds of remarks they make about heterosexual, monogamous human families. One main character, a Trill named Dax, makes regular mention to her past as both men and women with husbands and wives. Her fluidity seems most notable in one episode where she meets an ex-wife she had in a former male host body, and finds the two still have feelings for one another despite their culture treating “reassociation” with past romances as taboo. The two women kiss onscreen, the first of its kind in any Star Trek series, but ultimately decide the consequences of a forbidden relationship seem too great.

Aside from Trill characters, “Deep Space Nine” codes some of its main characters’ encounters as potentially bisexual. The show includes an intimate, at times seemingly flirtatious, but platonic, relationship between two male characters, as well as an additional main character who comes from a species of liquid shapeshifters called changelings who can melt together in a euphoric act analogous to human orgasm, which he does with both a male and a female of his species.

Still, the only explicitly bisexual characters on the show come as antagonistic “mirror universe” versions of main characters. In several episodes, the characters meet versions of themselves from a dark alternate timeline, wherein the mirror version of Kira, a female main character, clearly expresses sexual attraction to both men and women. Mirror Kira reveals she and the mirror version of Dax have a sexual relationship, even kissing on screen. Unfortunately, with this kind of overt bisexuality left to their amoral mirror counterparts, the show perpetuates the stereotype of associating bisexuality with hedonistic depravity, the kind that characterizes the mirror universe at large.

The most recent Star Trek series, “Enterprise,” did not improve its visibility of queer characters, save for one main character who comes from a culture of open polygamous marriage, mentioning three wives, nine co-husbands, and 31 children, and also sets up an allegory to the AIDS crisis in one episode with telepathic mind melding in place of sex.

In all these series, Star Trek has not yet depicted an explicitly gay or bisexual protagonist,  even despite George Takei, the gay actor who portrayed Hikaru Sulu in “The Original Series,” reportedly asking Star Trek creator Gene Roddenberry for a gay or lesbian storyline almost 50 years ago. Ultimately, the show made no attempt, since its depiction of an interracial kiss had already cost ratings, according to Roddenberry. However, all this changed last year with Hikaru Sulu greeting his husband and daughter in a scene from “Star Trek Beyond,” and will continue this year with Rapp’s gay character announced in the main cast of “Star Trek: Discovery.” Hopefully, these decisions reflect a desire to improve Star Trek’s LGBT track record, and depict a more believably inclusive future that truly embodies the Vulcan maxim, “Infinite diversity in infinite combinations.”