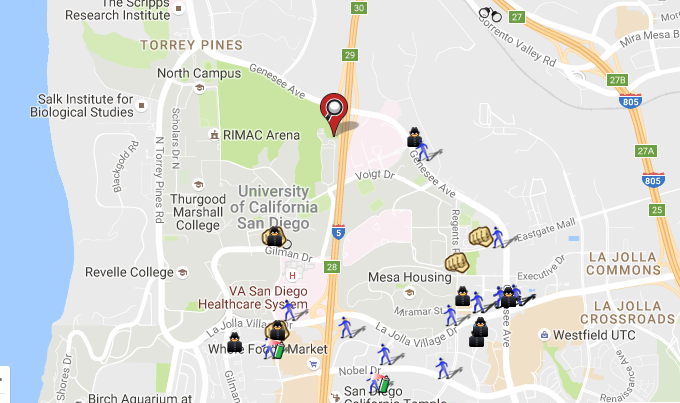 According to Fineman, due to a five-year hiring freeze, the San Diego Police Department is short-staffed and has reduced the amount of officers patrolling the La Jolla, Bay Park, UTC, Torrey Pines, Mission Beach and Pacific Beach areas.

While the anti-crime organization hopes to eventually patrol all of La Jolla, once the vetting process is done, Fineman will initiate a pilot phase of the safety program in the Bird Rock and Upper Hermosa neighborhoods.

As a California nonprofit, La Jolla Safety, Incorporated, or LJS, is seeking monthly fees from homeowners and business owners in affected areas that will be used to hire private security companies and strengthen pre-existing neighborhood watch programs.

The cost of participation is approximately $60 per month for four hours of service during the day or night.

“We are in the process of studying and interviewing private security companies that will be a good fit for the Bird Rock and Upper Hermosa communities,” the LJS mission statement reads. “We are looking for a regular security presence to conduct patrols, answer calls for emergency and non-emergency assistance, respond to burglar alarms and help police and residents with prompt officer responses to calls.”

Fineman, who moved to San Diego from Los Angeles, has been burglarized twice this year and pointed to the website spotcrime.com as evidence of La Jolla’s crime problem, calling it “astounding.”

“Crime is up all over La Jolla and San Diego,” Fineman said. “There are some clusters but they vary.”

The damages amounted to approximately $8,000, Preisendorfer told the UCSD Guardian.

Preisendorfer also said there is not only a shortage of police officers in La Jolla, but in San Diego at large.

“People who are committing the crimes know there is a police shortage in San Diego,” she said. “The police captain of the Northern Division came to a La Jolla crime committee meeting recently and said there are a lot of people retiring and not a lot of people applying. It’s not a popular profession at the moment.”

According to Preisendorfer, crime is particularly rampant in the La Jolla Shores region because the roads make it easy for offenders to get away, unlike the village.

“There used to be three banks here,” Preisendorfer said, “but they’re all gone now because they were robbed so often.”

Fineman told the Guardian that LJS has had over 60 people register for the program, and that the the corporation is close to signing a contract with the private security company Security First.

When asked if the creation of LJS had anything to do with his professional occupation as a realtor, Fineman gave an ambivalent response.

“I live and work in Bird Rock and care about the community,” Fineman said. “The safety of our neighborhoods and residents and merchants is important to me; something I do for the community as a whole.”

“I help you buy, sell and invest in real estate, but I also help you protect it,” he added.

Fineman also said he would like to see LJS expand to the region around UCSD.

“We would be happy to speak to appropriate UCSD personnel about what La Jolla Safety, Incorporated can do,” said Fineman. “Similar to an apartment building or HOA, there is already a budget for security and a central office that pays for things like this.”