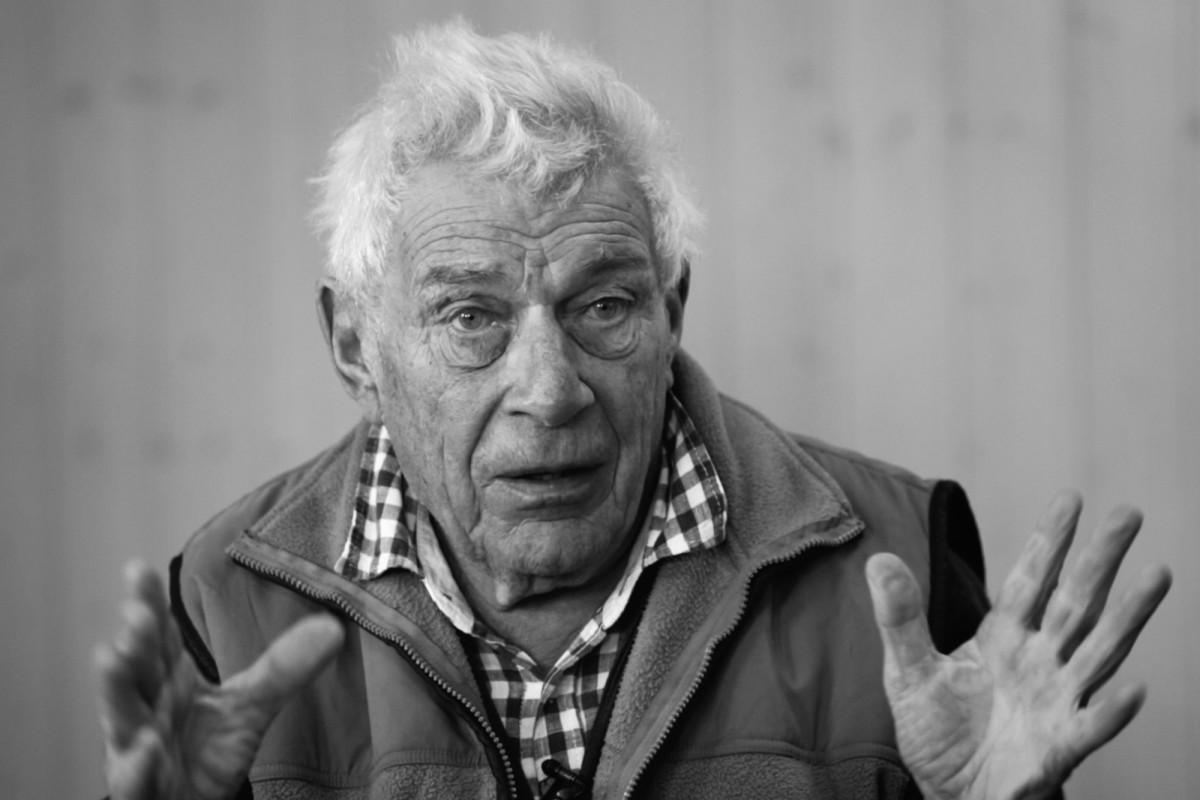 With his English accent, full head of wild curls and enthusiastic brilliance, John Berger was an impish pop-star prophet in 1972. His voice was overlaid upon images of famous oil paintings, he stood before canvases, he turned again and again towards the camera and he interpreted for us. He made sense of it all — art, beauty and capitalism — in his BBC television series, an adaptation of his campus classic, “Ways of Seeing.” The book and television series borrowed heavily from an essay written decades earlier by Walter Benjamin, the truly tragic figure of the Frankfurt School, with whom Berger has been besotted his whole life. An essay about Benjamin is included in his latest book “Landscapes: John Berger on Art,” a collection which is supposed to be a companion to “Portraits,” which was published last year.

Now Berger is a hale and handsome 90-year-old who has spent a lifetime curating his own oeuvre of sidereal ideas, and limning them in elliptical, lyrical, understated prose. He’s a master of tone. He can give whole essays a uniform flavor, of simple curved corners and lemony brightness, or sparkling concentric circles and starry fractals, whatever he wishes, always with subtlety, always with restraint. The pieces included in “Landscapes” have an elusive sameness to each other, and each of them are also small masterpieces in miniature which stand beautifully alone.

Obeisances are paid to plenty of other luminaries besides Walter Benjamin in “Landscapes.” In fact, most of “Landscapes” is made up of writings about specific people, with poems, short stories and essays interspersed between them. There are little elegies written to Rosa Luxemburg, James Joyce, Picasso, Roland Barthes, Gabriel García Márquez, famous Marxist art historian Frederick Antal and hardly known Marxist art writer Max Raphael, among others. “Kraków,” the first piece, fixates on a kiwi intellectual mentor and sexual predator, a haunted, haunting character who seems to make apparitions in some other things Berger has written, namely in the two perfect short stories “Woven, Sir” and “Passeur.” These pieces allow Berger the opportunity to describe people he admires; listening to a trained artist describe someone he admires is a highly pleasurable thing to read, and they are whirred snapshot glimpses into his personal life. The quickly sketched portraits proffer his muses and his Marxism, reposed, stretched out tantalizingly for us to see.

The book is divided into two named halves, “Redrawing the Maps” and “Terrain.” The first half is both more circumscribed and circumspect. “Terrain” is more direct and urgent. One piece in “Terrain” is a simple list of 10 short responses made by Berger to questions that are not printed but that become obvious. In these, he talks about the world he finds himself in now. The whole segment is so immediate and intense, and the poeticism suffers not at all from the question/answer format. If essay and short story collections like these have climaxes, this is it. On photographs of refugees in a Red Cross center, “… a man’s fingers are all that remain of a plot of tilled earth … his eyes are a family gathering he will not attend.” On the disintegration of meaningful space and distance, “They accept the signs they follow and it’s as if they don’t travel, as if they always remain where they already are.” On the tyranny of digital timekeeping, “Time is no longer a colonnade, but a single column of ones and zeros.” Every line in “Landscapes: John Berger on Art” is as good as these are. His work, like anything political, is both realistic and abstract, as simultaneously material and ethereal as a piece of art.