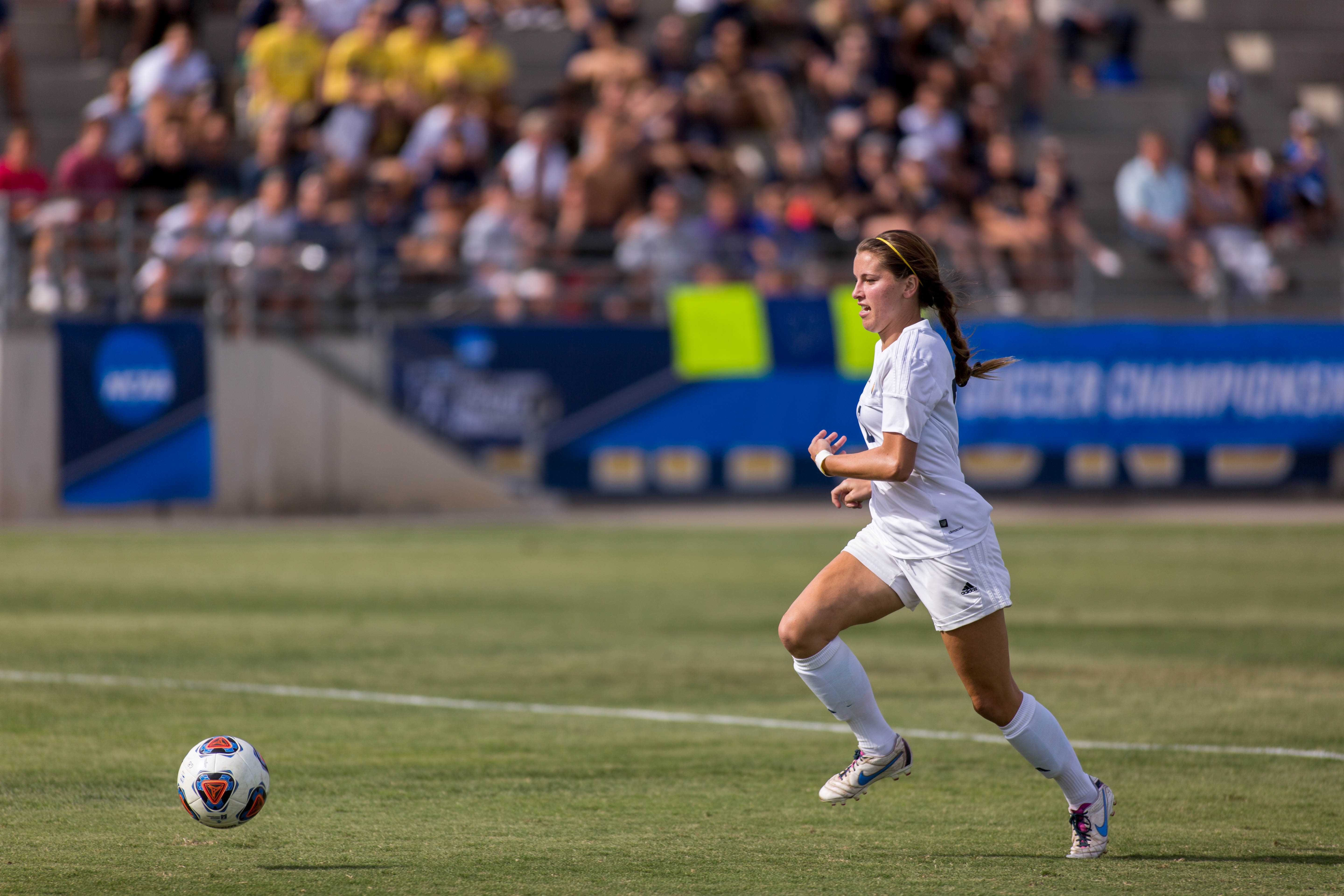 The UCSD women’s soccer team’s incredible season and playoff came to an end last Friday, Nov. 18 after a nail-biting match against No. 1 Western Washington University. After beating Azusa Pacific University 4–2, the No. 9 Tritons had advanced to the NCAA Sweet 16 and faced the Vikings at Colorado School of Mines. Unfortunately, the Tritons were defeated 2–1 in overtime and finished with a remarkable 19–3 overall record.

The unmatched Tritons stayed toe-to-toe with the overall favored Vikings. It was in fact UCSD’s junior midfielder Jordyn McNutt who struck first in the 32nd minute of regulation for her sixth goal of the year. Junior defender Aimee Ellis was awarded the assist after she delivered a far cross to the opposite field. Just before it went out of bounds, McNutt managed to chip the ball into the opposite post and make it a one-nil lead.

Eight minutes into the second half, WWU’s sophomore forward Gabriela Pelogi tied the game and forced overtime with her first goal of the match. She and her teammate senior defender Erin Russell connected a cross from the left and delivered the perfect strike.

Pelogi wasn’t done there, though. Just two minutes into overtime, she played a ball that had been lofted on a counterattack. She managed to draw the Tritons’ senior goalkeeper Itzel Gonzalez and sneak the ball under her, going inside the left post and securing a Viking victory.

The Tritons’ offense struggled to get much going for most of the match and were outshot 17–9 by WWU. However, their defense continued to put up solid plays and kept the team in the discussion.

“[It was a] game that could’ve gone [either] way, both teams were creating chances,” critiqued head coach Brian McManus. “I think [WWU] could go all the way and win. And we gave them as hard of a game today as they’ll have the rest of the way.”

The undefeated WWU moves on to play in the quarterfinals against home team Colorado Mines. The team improved to an overall 17–0–1 and claimed the West Region Title.

The Tritons’ season was truly a historic one. UCSD capped off its season with an overall record of 19–3–0, a feat the team had not accomplished since the 2010 season. The team also finished first overall in its conference with a 12–0 CCAA record. This was the first time in history UCSD women’s soccer had not lost a conference match in a full season. One most notable performance was by Gonzalez and her back four defenders. They managed to put up a nine-game shutout streak, all against conference teams.