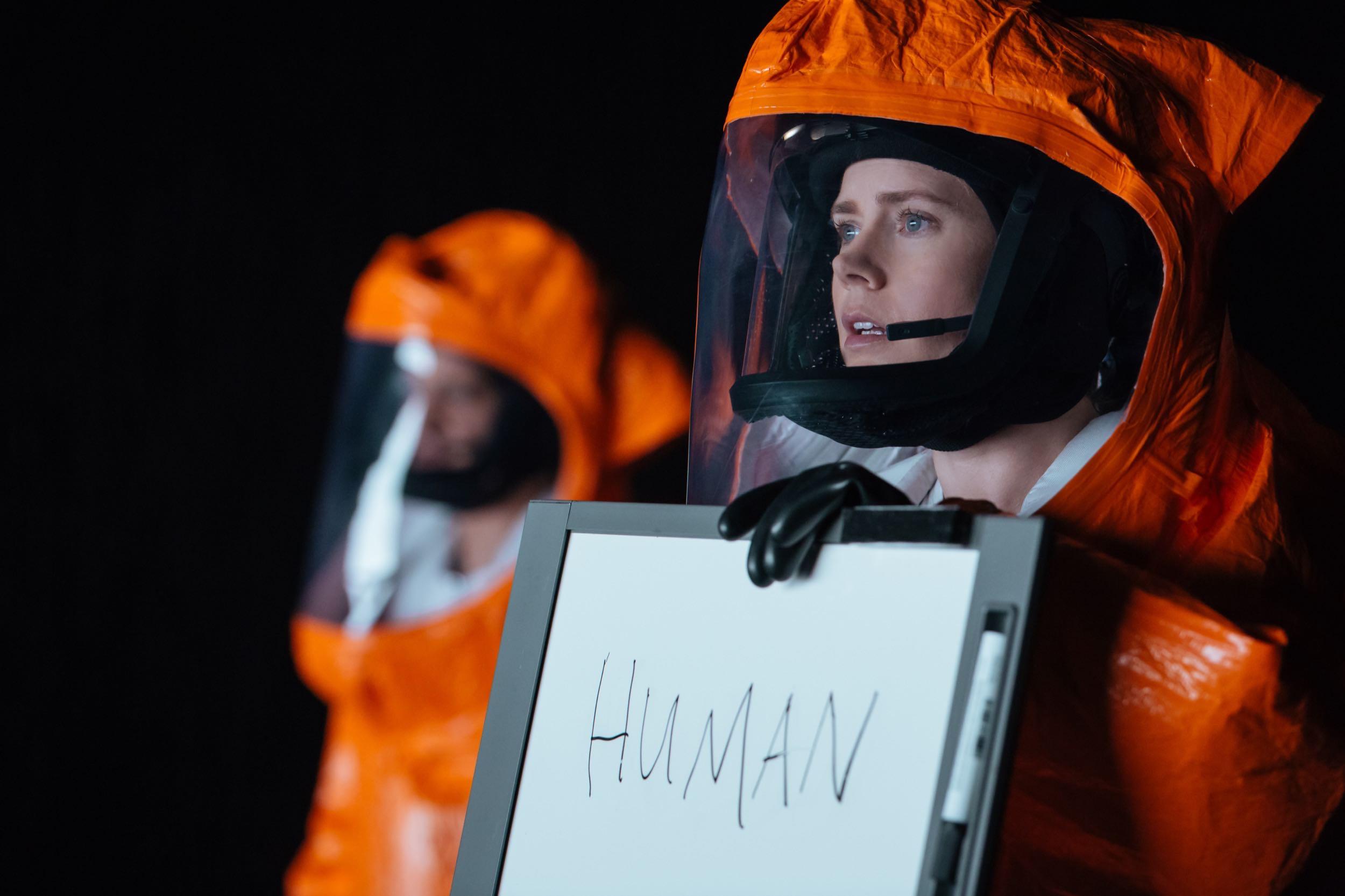 The deep empathy held for family is far from a congruous experience. A parent’s gentle touch remains a faded, yet warm, memory. A single moment from an otherwise menial trip through the grocery store — a smile, maybe a yell — that stays vivid five years on. There are silent aliens and mile-high spaceships, but the heart of “Arrival” resides within its propulsive emotion, capable of rendering the cosmos inconsequential in the face of understanding for those around us.

Without communication, we can’t make sense of what’s around us, and interaction comes to a total standstill. We follow linguistics professor Louise Banks (Amy Adams), who joins an elite team of investigators on a mission to communicate with one of the 12 spaceships that landed around the world after she impresses a cool-headed Colonel Weber (Forest Whitaker) with her Farsi and linguistic precision. Every word that escapes is impeccably mulled over, with her considering the cause and effect of each sentence. The underpinnings of her maximalist sense of professionalism are both buoyed and threatened by the bittersweet memories of her departed daughter. Sudden cuts to her daughter as a child running through the park pepper the film with a Malick-influenced shooting style and sense of wonder, leaving a bereaved Banks in the memory’s wake. Director of photography Bradford Young (“Selma,” “Ain’t Them Bodies Saints”) continues to impress with his naturalistic and fluid visuals, lending a sense of warmth not present in previous Villeneuve films by exchanging the rustic tones of “Prisoners” for organic light and vibrant greens.

Villeneuve wrangles emotion with finesse by focusing more on the people involved in the investigation than on the grandeur of their precarious extraterrestrial situation. Balancing the film’s more conceptually ambitious elements with a deft humanity results in a science fiction epic that shares more in common with the tender portraits of auteurs like Todd Haynes than the bombast of blockbuster magnates like Steven Spielberg; this has come to define Villeneuve’s own evolution as a filmmaker.

With Villeneuve piloting a smart script from screenwriter Eric Heisserer that presents a refreshing interpretation of what a sci-fi film can be, longtime fans of the director need not worry about him succumbing to creative compromises as a result of “Arrival” being a high-priced product of the studio system. Sci-fi profoundly resonates when developing characters who go past weary archetypes and address current concerns through a fanciful lens, so to see “Arrival” taking full advantage of that is a remarkable sight. A subtle criticism of academia’s involvement with military efforts brings a legitimate ethical dilemma into question, leaving it to fester in the back of one’s head as the plot carries on.

“Arrival” continuously upends expectations and tropes without drawing attention to itself in a self-congratulatory manner, instead leaning on character chemistry to dismantle them. The prospect of the two leads falling for each other is dutifully converted into something more through an ingenious use of “Arrival’s” own in-film logic. Even Jeremy Renner crawls out of his position as “third most memorable supporting actor” in any movie and impresses us as a charmingly dense physicist when it seems like such a drab role. A stubborn Chinese general quick to make decisions and ally with Russia could just be another cardboard antagonist in a lesser film, but instead shatters assumptions in a standout scene between himself and Louise that plays out like a bank heist. What may at first seem like laziness proves otherwise. The few missteps in this film, like an out-of-note mutiny, are a direct result of not sincerely following character motivation.

Amy Adams, with her inner turmoil and ineffably tranquil outward appearance, is the spiritual center of the film. She’s repeatedly been teased at the Oscars as a result of her dig into prestige pictures, transcending previous work through precise turns of mood that have been sharpened with years of experience. Adams’ talent sells the film’s thesis, arguing that communication holds the keys to personal and social advancement, but without compassion there might as well not be a conversation.