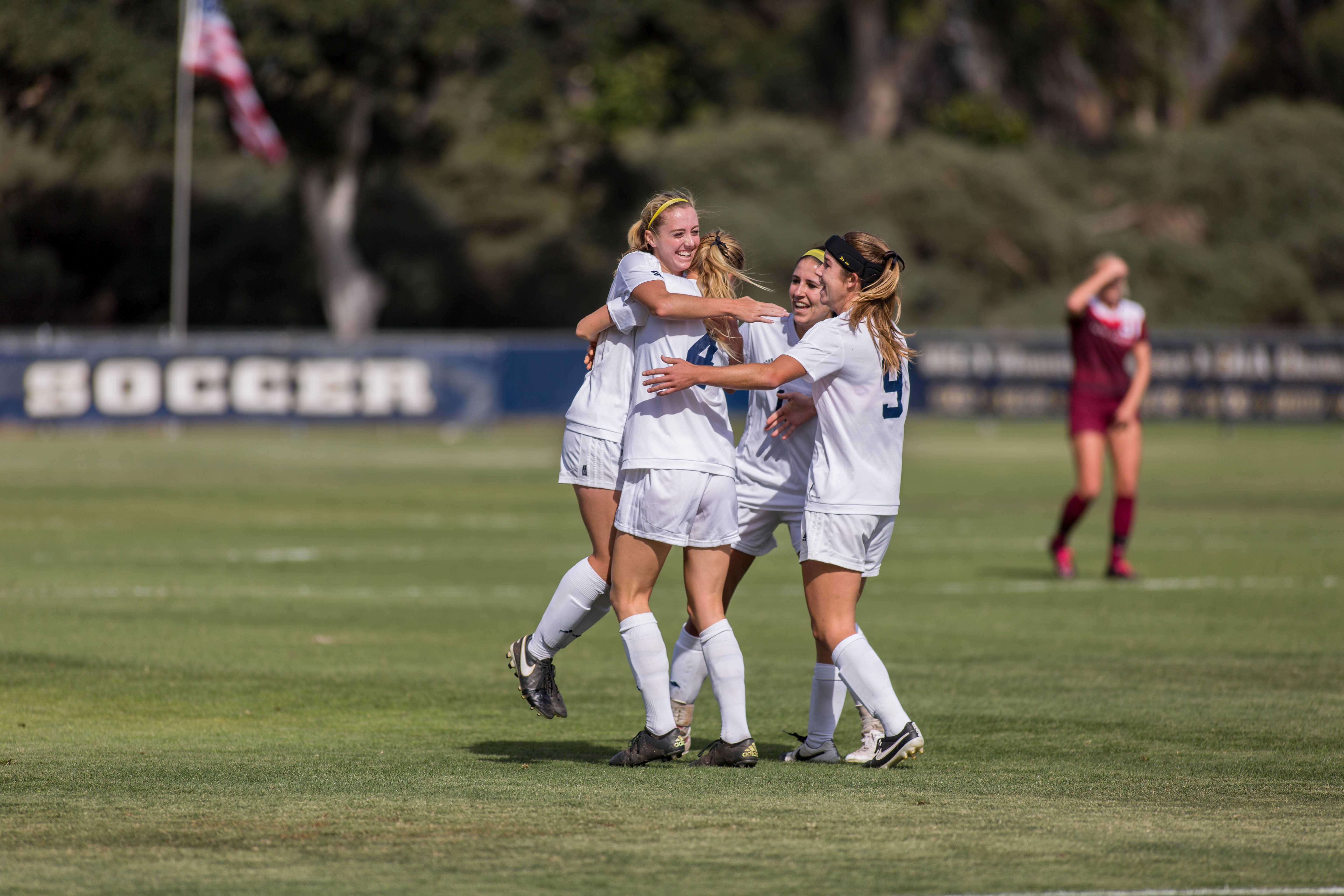 In the second-round match of the NCAA Division-II Women’s Soccer Championship, UCSD handily beat PacWest champions Azusa Pacific University 4–2. The Tritons earned a first-round bye, and the Azusa Pacific Cougars beat Sonoma State 3–1 in the first round to play the Tritons. This marks the Tritons’ 16th consecutive win. They are now 19–2, while the Cougars ended their season 12–4–4, their first loss since Sept. 24.

At this point, sophomore forward Mary Reilly should be a household name. Just 9:07 into the game, junior winger Jordyn McNutt passed the ball to Reilly on the right. Reilly dexterously dribbled it around a defender and launched a deep-right shot past Azusa Pacific senior goalkeeper Sarah Klinkenberg. This marked Reilly’s 12th goal of the season and McNutt’s league-best 12th assist of the season.

Not too long after, in the 17th minute, junior forward Katie O’Laughlin — who should also be a household name by now — made the game 2–0. Senior midfielder and co-captain Kiera Bocchino caught a pass from junior right-back Makenzie Brito and carefully knocked it to O’Laughlin. O’Laughlin then shot the ball into the bottom left corner from the right diagonal, her 16th goal of the season, the most of any West Region player.

In the 25th minute, the Tritons widened their lead to 3–0. The Tritons earned a penalty kick after the referee called handball on Cougar junior defender Mallory Walton. McNutt took the kick to the top left corner, past Klinkenberg.

The Cougars bounced back toward the end of the last half and brought the score to 3–1. With an assist from senior midfielder Lindsey Ryals, freshman defender Emilie Allum earned her fifth goal of the season with an easy shot off the edge of the six-yard box.

In the second half in the 47th minute, the dynamic duo of O’Laughlin and Reilly increased the Tritons’ lead to 4–1. O’Laughlin passed the ball to Reilly on the left, where Reilly dribbled it up a bit and smoothly kicked it in for her 13th goal of the season. This marked O’Laughlin’s 41st assist of the season, tying her with Erika Alfredson in her incredible 2001 season.

“We just came out playing,” O’Laughlin told the UCSD Athletics Department. “We got those two goals really early on, and we just took it to them and we were really excited. We definitely feel like their energy dropped a lot after our first two goals. And then the third one really killed it off.”