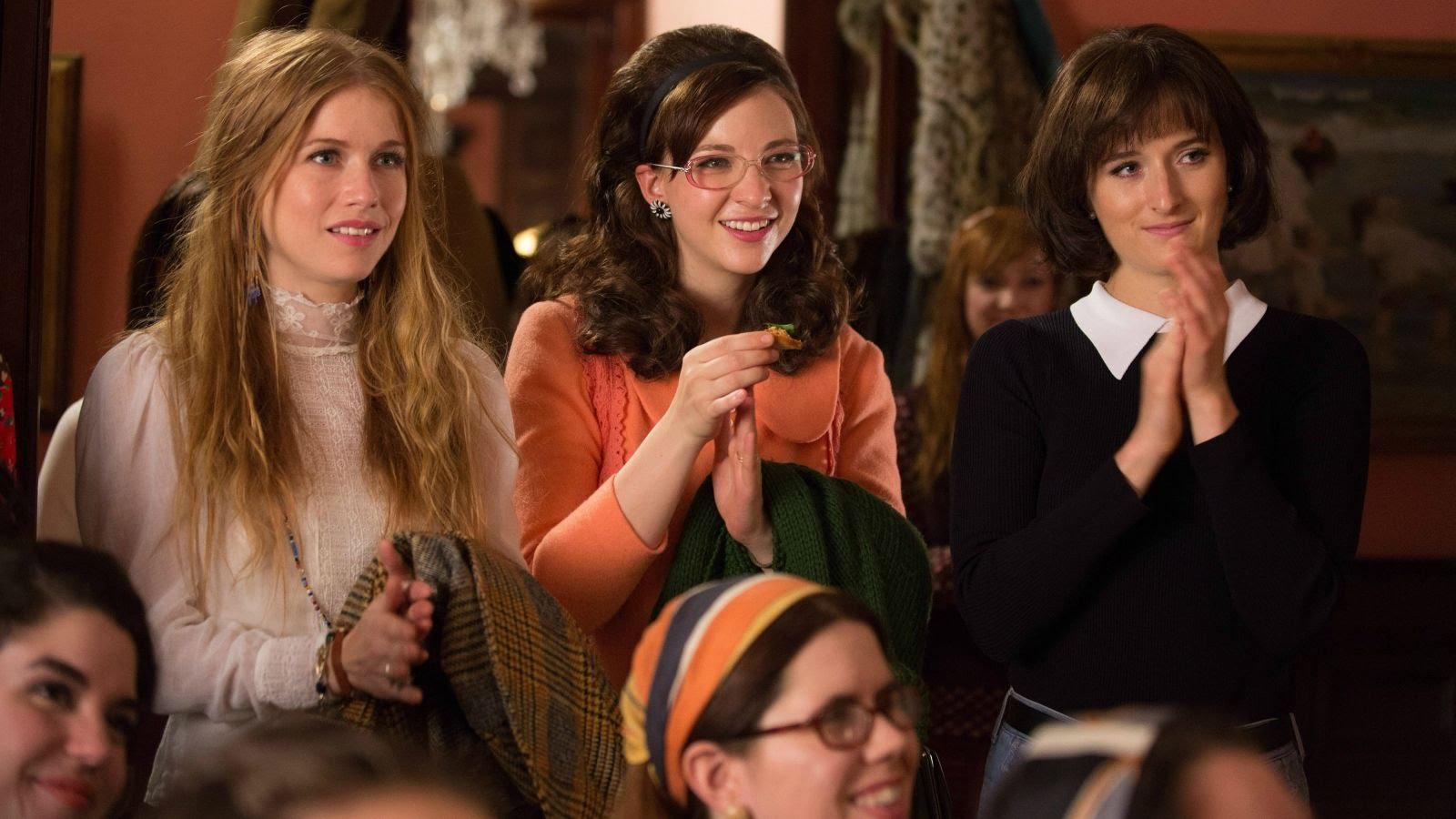 “Good Girls Revolt” bills itself as a feminist drama with a premium cable budget following three “career girls” determined to become reporters in the male-dominated field in 1970. Unsurprisingly, the show isn’t as empowering as initially advertised. It focuses on the male fantasy of feminism, sexually liberated topless women screwing their bosses and coworkers, looking at their vulvas with compacts and losing their virginity to sexy strangers. It shouldn’t be too much to expect a show about women’s rights in the workplace to pass the Bechdel test every episode.

Set at the beginning of the Women’s Liberation movement, “Good Girls Revolt” follows three women at their workplace, News of the Week, when they decide to lodge a formal complaint against their employer due to unfair hiring and promotion practices. The show is based on Lynn Povich’s novel of the same name, which detailed a complaint she and other women at Newsweek filed against their employer due to similar unfair practices.

While the formal complaint is billed as the overarching plot for the series, it only occupies a few scenes in a couple episodes. Most of the time is spent on the relationships the women have with male coworkers or talking about their relationships with said coworkers. While these conversations and scenes build relationship drama, they do little, in most cases, to really contribute to the series’ plot, as it doesn’t change the women’s decisions or affect the outcomes.

It doesn’t help that many of the show’s male characters are one-dimensional caricatures of modern thoughts about men in the ’60s and ’70s. While sexism was rampant and blatant, everything the men do and say comes off as forced and is overwhelmingly predictable. The series’ reliance on 1960s stereotypes is why every twist and turn in the show can be foreshadowed episodes before it happens.

The “good girls” experience the same stereotyping as well. Jane Hollander (Anna Camp) wishes to be a housewife but inevitably rebels against her upper-class parents. The same stereotyping goes for Cindy Reston’s (Erin Drake) dissatisfaction with her husband — of course the married one doesn’t have a supportive husband — so his subsequent and predictable emotional abuse doesn’t come as a shock. This pattern continues with Patti Robinson (Genevieve Angelson); her mind-bogglingly simple answers to complex questions about the counterculture sound like platitudes rather than convictions, which is in line with her hippie Barbie image. Toward the end of the season, Jane does take a greater role in the well-being of the women at the company. She even goes to great lengths to help keep the lawsuit together. Unfortunately, it is so late in the season it is washed over by Patti and Cindy’s relationship drama.

The series threw together too many elements in an attempt to reach a wider viewer pool rather than focusing on the statement it could be making. Despite its shortcomings, “Good Girls Revolt” shows how far women come in the workplace and how much further women have to go, not just politically but also in the media’s portrayals of them. Maybe next season, the women’s relationships can evolve to focus on their own wants and choices rather than defining them through the men in the series.