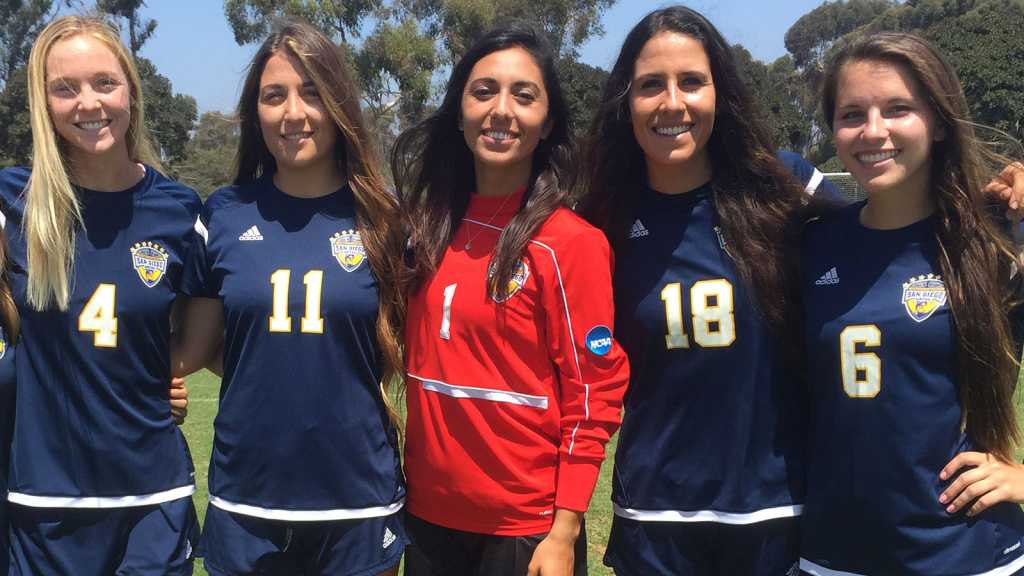 UCSD continued its undefeated run through the California Collegiate Athletic Association with a convincing 2–0 victory over Cal State Dominguez Hills. The No. 9 Tritons won their ninth-straight game and celebrated Senior Day in style. With the win, UCSD moves to 12–2 overall and 8–0 in the CCAA, with the six last games coming with complete game shutouts by redshirt senior goalkeeper Itzel Gonzalez. Their perfect record does not give the Tritons a big cushion, however, as they are only three points ahead of second place and last year’s regular season champion Sonoma State.

With the win, UCSD was the first team to clinch a postseason seat for the six-team 2016 CCAA Tournament. The Tritons will look to preserve their tournament title acquired a year ago.

UCSD doubled the score when junior forward Katie O’Laughlin put another one through, getting an assist from sophomore forward Mary Reilly. O’Laughlin now leads the West Region and the CCAA with 12 goals on the season. Bocchino now has three assists, while Reilly owns the team lead with nine.

Gonzalez has a league-leading 10th individual clean sheet with three saves on the day. The Toros’ junior goalkeeper, Elisa Martin, had 10 stops on the day. UCSD outshot its opponent 27–6, including 17–1 in the first 45 minutes. This concluded a dominant weekend of defensive prowess, as UCSD shut out Cal State LA on Friday without allowing them to attempt a shot.